When French voters go back to the polls for the second round of the presidential election on 7 May, they will be choosing between two candidates – Marine Le Pen and Emmanuel Macron – with radically different visions for the country. Christian Lequesne writes that the election has underlined the cleavage that exists in French society between those who believe France must adapt to globalisation and Europe, and those who support closed borders and protectionism as an alternative.

Marine Le Pen will probably not be the next President of France. She qualified for the second round of the election behind Emmanuel Macron, who was still unknown by most French citizens just a year ago. This does not mean that Le Pen will not receive a solid level of support in the second round of the election. She can win more than 30% of the vote, a figure that has to be compared to the 18% achieved by her father, Jean-Marie Le Pen, against Jacques Chirac in 2002.

However, two broader conclusions can be drawn from the first round of the presidential election. The first is that there has been a clear de-legitimisation of the mainstream political parties in France. Neither the Parti Socialiste (Socialist Party – PS) for the left, nor Les Républicains (The Republicans – LR) for the right were able to qualify for the second round. This is a dramatic change in the history of the Fifth Republic.

Second, there is a real cleavage in the French electorate between those who are convinced that France must adapt its policies to globalisation and Europe, and those who think that national solutions behind closed borders and protectionism must prevail. This main cleavage crosses two other cleavages: a social one based on the level of education and integration in the job market, and a geographical one dividing the country between the cities of more than 20,000 inhabitants and the rest.

The pro/anti globalisation cleavage will dominate the second round. It explains why Marine Le Pen is using the argument against Macron of being “the representative of globalised elites” when she is supposed to incarnate the “people”. It also explains why the left wing electorate, who voted for Mélenchon in the first round, hesitates to give its vote to Macron. At the end, a majority of them will probably do it, but without any firm conviction. Their goal will be to block Le Pen and not to support Macron.

Much attention has been and is still focused on the presidential election. But another electoral deadline will be crucial just after: the parliamentary elections in June. The right wing Republicans are now concentrating all of their energy on winning a majority of seats. Macron’s party En Marche will have its own candidates in every constituency, but it is impossible to predict if it will get a majority. For the first time in the history of the Fifth Republic, the possibility of a partisan reconstruction beyond the traditional left/right cleavage is possible. The main challenge for Macron, if he wins the election, will be institutionalising this third way and attracting political resources both from Les Républicains and from the Parti Socialiste. If he succeeds in this challenge, France will enter something approaching a ‘Sixth Republic’.

After the defeat of the far right candidates in Austria and in the Netherlands, the first round of the presidential election in France demonstrated that liberal reflexes are still alive in European societies. In France, the extreme anti-European discourse from both Le Pen and Mélenchon has alienated part of the electorate. In surveys, 70% of French respondents think that leaving the EU will have negative consequence for their country, even if 45% of the electorate voted for anti-EU candidates.

Macron has been the most pro-EU candidate during the campaign. There is a lot of expectation all over the EU that he will be able to relaunch the integration process after Brexit together with the next German Chancellor. On the French domestic scene, he will have to take into consideration the anti-EU forces who gave him their voices against Le Pen. His margin of manoeuvre in Europe will subsequently have strict domestic limits. 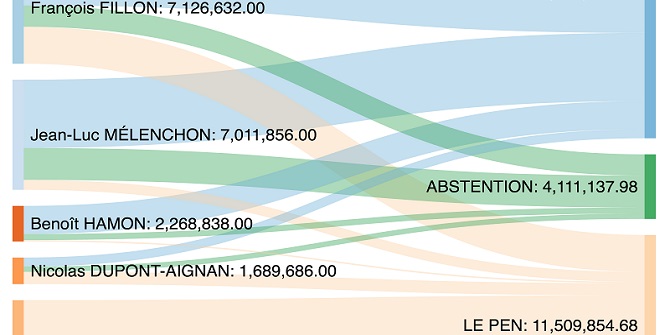 Regional participation in the EU’s decision making process has increased significantly. But we are still far from a ‘Europe of the Regions’.