The management of the Eurozone crisis reflected the beliefs held by Europe’s political leaders. Drawing on a new study, Marij Swinkels assesses how these beliefs shifted throughout the crisis. Spanish, Italian and French leaders moved away from their Keynesian core beliefs and adopted a more ‘ordoliberal’ orientation as the crisis progressed, while Dutch, UK, and Irish leaders held more ordoliberal beliefs in earlier stages of the crisis and later shifted toward Keynesian approaches.

I grew up being fed the idea that a university degree would ‘set you up for life’. Yet, when I graduated, the Eurozone crisis was deep into its fourth year, recession was at a high point and finding a job was difficult. Many of my fellow graduates faced difficulties finding their first job, finding a house, and struggle today to get a mortgage. Our first steps into the world of grownups with proper jobs and affordable houses weren’t as easy as we might have expected when we started our studies before the crisis hit. As a student of politics and public administration, it may therefore come as no surprise that I became interested in the leaders responsible for dealing with the crisis.

I wondered what it must be like to lead in these difficult, uncertain and urgent situations, and how leadership unfolds at the European level. How does a European meeting of the minds work in high-stakes situations, where willingness to cooperate is low? How do leaders find a way through? More specifically, I wondered how leaders’ assumptions and perceptions about the best way out of this crisis might be prone to change. Especially as these leaders faced numerous constraints and pressure from their environment, and had to lead in a multi-faceted leadership polity (that is the EU).

Although some may argue that we have seen the worst of the crisis, the question about these European leaders and their beliefs never really left me. So, I started working on a study that questions whether and how contextual factors affected the core beliefs of EU political leaders during the Eurozone crisis.

First, to measure changes in leaders’ beliefs, I analysed cognitive maps of twelve heads of state or government during the crisis. Cognitive maps are graphic network representations showing a leaders’ beliefs at a certain point in time. It shows us their normative beliefs (e.g. investing in our economy is in our benefit) and their casual assumptions (e.g. investment will take us to recovery).

These maps told me two things. First, they demonstrated how important the topic of the economy was to these leaders (saliency). Second, they highlighted the economic philosophy these leaders followed as a guiding principle for policy (Keynesian or ordoliberal). Constructing maps before and after critical moments in the crisis then allowed me to see if these beliefs about the economy changed over time.

After analysing the maps of 12 leaders, I found that beliefs of political leaders did change over time, ranging from leaders who partly reinforced or reduced their core beliefs to leaders who made complete U-turns. Specifically, Spanish, Italian and French leaders moved away from their Keynesian core beliefs and adopted more ‘ordoliberal’ beliefs throughout the crisis. Ordoliberal here means a belief in the primacy of price stability, that can be achieved via strict budgetary and fiscal policies, central bank autonomy, and by prioritising support for economic objectives over political ones. Conversely, Dutch, UK, and Irish leaders held more ordoliberal beliefs in earlier stages of the crisis and adopted more Keynesian beliefs. Keynesian here means a belief in on economic stimulation via government intervention, for increasing employment rates and economic growth. However, I still did not know what contextual factors may be causing these changes.

I wanted to know what kind of changes at the national level might explain why leaders changed their minds on economic policy at the European level. I conducted a ‘Qualitative Comparative Analysis’ to see which combinations of national changes best explained why leaders shifted their beliefs. So, what are the most important findings?

First, the analysis showed that the socio-economic situation of a leader’s country (increased unemployment or unsustainable debt) is a crucial explanatory factor to consider if one wants to understand belief changes of political leaders in the EU. Second, when leaders face increased political and economic pressure, their beliefs about the economy may become less salient. Third, increased unemployment, differences in government ideology between a leaders’ government and his or her European counterparts, and increased Euroscepticism combined can change a leader’s core beliefs about the economy.

Caution is warranted when interpreting these results as this finding only accounts for a small number of cases in my study. Further in-depth analysis of the cases in the study suggests that apart from the economic and political conditions researched, there may be other explanations for belief changes to occur.

My research has given me insight into two important things. First, there is not one contextual variable that is more explanatory than others when we analyse belief changes of political leaders. Instead, we need to do more work to examine ‘configurational’ hypotheses, to analyse how combinations of different variables explain certain outcomes. Second, I intend to expand my analysis to include alternative explanatory conditions: for example, the influence of a broader European (media) discourse, more country-specific conditions, individual traits of political leaders, and the influence of alliances and networks that surround leaders.

Marij Swinkels – Utrecht University
Marij Swinkels is a PhD candidate and lecturer at the Utrecht University School of Governance. Her research interests include political leadership, ideas, crisis management and Eurozone governance. Her research has appeared in West European Politics, The International Journal of Emergency Management, and in several edited volumes on leadership and crisis management. She has won the Utrecht University’s teaching talent award in 2019 and founded InclUUsion, a studies programme for refugee students. 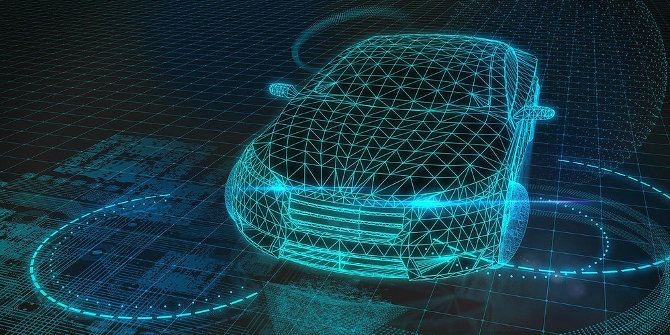 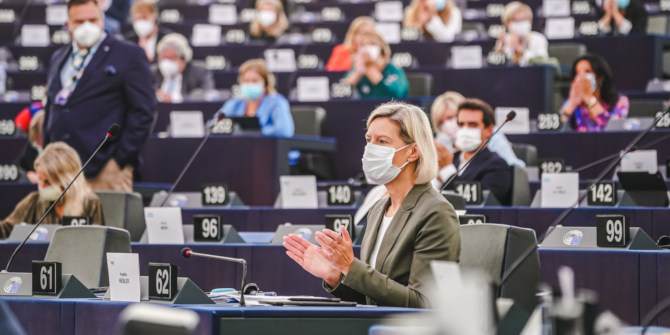