Civil society organisations and investigative journalists in the Western Balkans are critical to raising awareness about fighting corruption and organised crime, as well as supporting state authorities to develop effective strategies. But as Andi Hoxhaj explains, they lack capacity and resources to address these complex issues, while activists are often harassed and intimidated by the authorities and other powerful individuals.

Corruption levels in the Western Balkans are stagnating. Albania, Kosovo, Montenegro and Serbia saw perceived corruption levels rise in the past year, while Bosnia and Herzegovina remained on the same level, and only North Macedonia witnessed a slight improvement, according to the Corruption Perception Index (CPI) 2018 of Transparency International. Notwithstanding the CPI’s limitations, it gives a useful snapshot of the situation.

With a score of 39, Serbia’s standing has dropped by two points since 2017 (countries are assessed on a 1-100 scale, with a score closer to 100 signalling lower corruption). Despite opposition from civil society and protests in Serbia, the government has pushed for increased influence over the judiciary, which is undermining its anti-corruption institutions and the rule of law.

Albania’s score dropped by two points in the last year, following a five-point improvement over the previous five years (from 31 in 2013 to 36 in 2018). The reasons for this are complex, but the drop can largely be attributed to a political stalemate that blocked several anti-corruption reforms and to the lack of new anti-corruption institutions, which have not been established since the judicial reforms were passed in 2016.

Kosovo has seen a similar trend, dropping this year, despite improving from 33 points in 2015 to 37 points in 2018. But the two parties that won the snap election in October 2019, the centre-left Self-determination (Vetëvendosje) and the centre-right Democratic League (LDK), have made fighting crime and corruption a priority.

A stalemate was recorded in Bosnia and Herzegovina, which remained at 38 points. Protests over the death of a young man in Banja Luka and alleged pressure on voters during the October 2018 elections were seen as clear indications that problems with corruption persist.

Finally, North Macedonia saw a modest two-point increase in 2018, an improvement from the negative trend it has been on since 2015. However, in September the chief special prosecutor in North Macedonia tasked with investigating high-level corruption was dismissed after she was detained on suspicion of being involved in a high-profile corruption scandal, which suggests that corruption is still a major problem.

The governments in the Western Balkans have been described as ‘stabilocracies’ – in other words, autocrats capture the state and claim to secure stability, pretend to champion EU integration and rely on informal, clientelist structures, control of the media, and the regular production of artificial political crises to undermine democracy and the rule of law. Autocrats are in power in the majority of the Western Balkan countries, and thus only a handful of people control the economy and the distribution of political power. In this environment, the space for civil society to expose organised crime networks and corruption becomes more challenging.

Despite EU conditions on curbing corruption and ensuring institutions are free of political influence, many governments across the Western Balkans fail to show true commitment to democracy and the rule of law. This is due to the fact that political elites have excessive and unchecked power, and there are limited mechanisms to hold the corrupt to account. Therefore, the role of civil society is vital in shedding light on corruption practices and government misconduct.

Anti-corruption activism is a relatively novel priority on the public agenda, driven partly by the region’s integration with the European Union. Most anti-corruption activities conducted in the region were developed as top-down initiatives, with support from the EU and international organisations. The work undertaken on anti-corruption is mostly focused on three dimensions: raising public awareness about corruption by public officials; producing analyses and issuing legal and policy recommendations; and providing training through seminars, workshops and lectures about anti-corruption and EU good governance.

However, political elites often simply avoid prosecution for corruption, as was the case with the former Prime Minister of North Macedonia, who fled his homeland to Hungary days before he was due to be jailed. Without an independent and effective judiciary, aided by free, critical media and a strong civil society, the fight against corruption is destined to be weak.

Organised crime has historically had a foothold in the Western Balkans as the region’s geographic position makes it a perfect transit place for illicit activity to enter the EU market. A UN study found that the Balkan route used by organised crime networks to smuggle illicit drugs from Afghanistan to the EU is worth an average of $28 billion per annum. The supplies enter and leave from seaports, airports and border crossings, which makes it very attractive for transitional crime groups. Organised crime in the Western Balkans has also become a powerful player in the EU drug market.

There is room for civil society efforts to mobilise and investigate, raise awareness, monitor government responses and maintain pressure, which could expose and perhaps limit organised crime activities. But this requires sufficient resources. Many local civil-society actors rely on international donors, which helps ensure the independence of their work because the state funding available to civil society is very limited and often comes with strings – an expectation of favourable coverage for the government’s efforts to fight organised crime. International funding in the Western Balkans has provided members of civil society with a layer of protection when confronting and challenging members of national governments – as a form of support, this security is even more valuable than financial contributions.

Note: This article was originally published by the Centre for the Study of Corruption at the University of Sussex in the run-up to the event New Actors and Strategies for Fighting and Investigating Corruption in the Western Balkans (7-8 November). It gives the views of the author, and not the position of EUROPP – European Politics and Policy, nor of the London School of Economics. Featured image credit: Ne Davimo Beograd 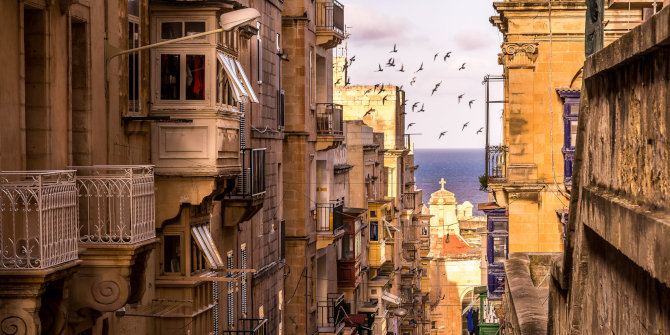 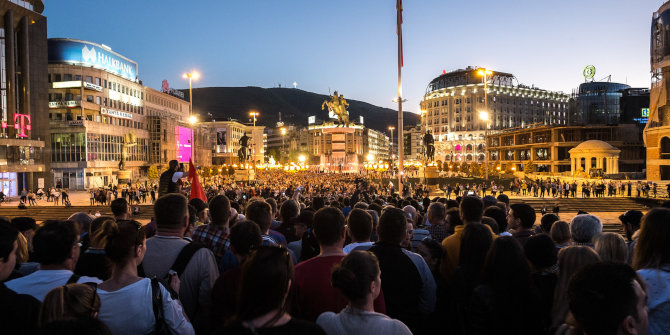