The Irish general election in February saw Sinn Féin win the highest share of the vote. John Tomaney and Niamh Moore-Cherry write that while Sinn Féin’s success captured the headlines, the election also underlined the extent to which geographical inequalities can be rapidly and unexpectedly politicised. With Covid-19 reinforcing inequalities between Irish regions, there is now a growing need for power to be dispersed to local and regional levels.

The 2020 Irish general election was narrated as Ireland’s populist moment, fracturing the governing duopoly of Fine Gael and Fianna Fáil, disorienting the entire political system. The results have been viewed as an expression of a new class politics, but they also configure a new political geography in Ireland.

According to Andrés Rodríguez-Pose, the populist surge in Europe reflects the ‘revenge of the places that don’t matter’. These are places that have been locked out of the economic growth that is visible in capital cities and, instead, exhibit multiple forms of relative social deprivation.

In the UK, for instance, these places are often described as ‘left-behind’ and include former mining villages, seaside resorts and mill towns. In England and Wales, typically such places voted ‘Leave’ in the Brexit referendum and, in some cases, breaking the habits of generations, switched their votes from Labour to Conservative in the 2019 UK general election. The electoral revolt of ‘left-behind’ places has upended British politics with historic consequences.

Ireland generally lacks the deindustrialised towns that make up the ‘left-behind’ places characteristic of the UK (or, indeed, the US ‘Rust Belt’ or the ‘shrinking cities’ of former eastern Germany). But left-behind places come in different shapes and sizes. In some European countries they can take the form of ageing and depopulating rural regions.

In his book La France périphérique, published in 2015, the geographer Christophe Guilluy highlighted the growing gap between Paris and affluent cities on the one hand, and, on the other, small towns and rural communities experiencing decline. Identifying the associated political tensions, Guilluy anticipated the rise of the gilets jaunes and their protest against the Parisian elites. In Spain, the Socialist/Podemos government appointed a minster to find innovative ways to assist la España vaciada (‘Hollowed-out Spain’), the villages that are losing young people to the cities and which, in some cases, have given their votes to the far-right Vox party. In the UK, the new Conservative government talks about ‘levelling up’ the English regions in particular.

Ireland is not immune from these geographical trends. In the aftermath of February’s election, most attention attended the unanticipated surge in support for Sinn Féin that resulted in the party receiving the most first-preference votes and winning 37 seats in the 33rd Dáil. Support for Sinn Féin was especially strong in Greater Dublin, with the party winning about a third of its seats there. Sinn Féin’s support has been ascribed to widespread concerns, especially among young people, about housing affordability, pressures on public services such as the health system, and poor quality of life related to excessive commutes. 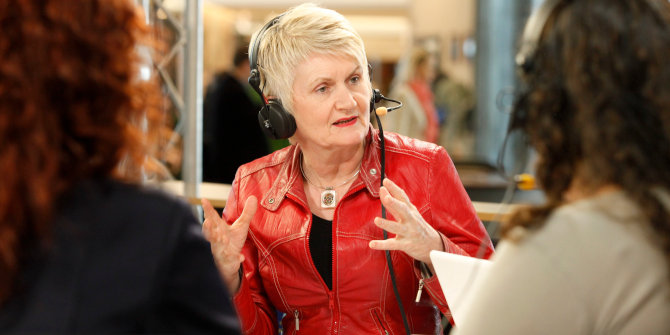 But, another form of populist politics is reflected in the relatively high vote for independents in the Dáil, which is unusual in European terms. Although there was a decline in support for independents in the recent election, it is the concentration of their votes in the Midlands, North and West that is noteworthy. Partly this reflects a deeply-rooted tradition of hyper-localist, clientelist politics in rural Ireland, exemplified by the Healy-Raes in Kerry. But, Marian Harkin, TD for Sligo-Leitrim, offers a politics that approximates to the regionalism that is commonplace in many European states. Harkin presents herself as the voice of struggling rural towns, an advocate of an “Ireland of the regions” and calls for a national plan for balanced regional development. Despite the limits of this language and analysis, it draws attention to a major fault line in Irish society.

Last January the Northern and Western Regional Assembly (NWRA) – representing Donegal, Cavan, Monaghan, Leitrim, Sligo, Roscommon, Mayo and Galway – warned that Ireland is characterised by a “two-speed” economy, with Dublin, a magnet for foreign direct investment, racing away from the lagging west. Its report, A Region in Transition, pointed to low levels of investment in transport, health and education and declining levels of economic activity in its region. Declan McDonnell, chair of the NWRA, alluded to the political impact of regional inequality in the UK and called for “positive discrimination” to address the deficit. There are echoes here of the recently published report of the UK2070 Commission on regional inequalities which called for a massive programme of devolution and investment in UK regions to close the social and economic gaps.

Ireland’s regional inequalities are well known and have been debated over the last fifty years. What is new is their accelerating growth and new political salience. Irish policy elites imagine that Ireland is exempt from these tendencies, but the recent election and experience from elsewhere in Europe show geographical inequalities can be rapidly and unexpectedly politicised with unforeseen effects. It is evident that the Covid-19 pandemic and the accompanying economic effects are likely to reinforce geographical inequalities.

Both Dublin and the rest of Ireland face huge, although radically different, development challenges. In theory, Ireland has recently created a new planning apparatus – in the form of the National Planning Framework and three Regional Spatial and Economic Strategies – to address the task. What is needed now is more attention on the part of national policymakers to implementing them and the dispersal of real power and resources to the local and regional scale. The consequences of inaction are all too evident.

Note: This article gives the views of the authors, not the position of EUROPP – European Politics and Policy or the London School of Economics. Both authors are working on the Irish Research Council-funded project, “Ireland in the Metropolitan Century”. 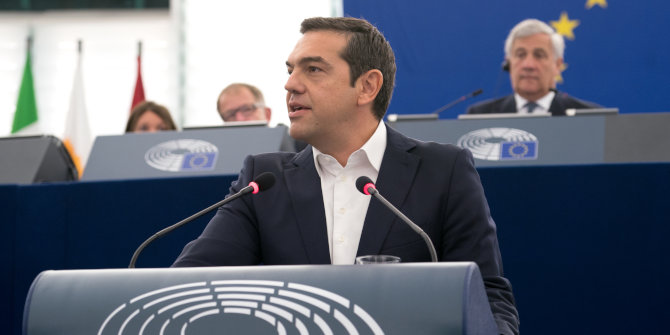