The EU has a stated goal of promoting prosperity and stability in the Middle East and North Africa. However, its efforts to secure Deep and Comprehensive Free Trade Agreements with its southern neighbours have so far had limited success. Luigi Scazzieri writes that with Covid-19 likely to generate a significant economic fallout in the region, it is time for the EU to make a more ambitious offer.

The EU’s stated objective is to promote prosperity, stability and security in neighbouring countries in the Middle East and North Africa. But in practice, the EU has had little success on all three counts. Even before the Covid-19 pandemic struck, most of Europe’s southern neighbours were stuck in a middle-income trap, and many were more unstable than they were ten years ago. Now the severe economic fallout of the pandemic will lead to unemployment and social strife, fuelling more instability, migration towards Europe and possibly conflict. A strategic rethink of the EU’s policy towards the region is more urgent than ever.

Europe’s approach has been dominated by providing humanitarian assistance and by short-term concerns about migration and terrorism. This does not serve the Union’s long-term interests, as it does little to foster real stability amongst its neighbours. The EU’s offer to its southern neighbours is measly, and has failed to incentivise economic and political reforms, as I set out in detail in a recent paper.

The EU does not offer countries a real political partnership, but only a relatively modest upgrade of trading relations in the form of ‘Deep and Comprehensive’ free trade agreements (DCFTAs). As the name suggests, these offer a much more significant level of integration compared to current trading arrangements, which offer only limited market opening. However, in all cases negotiations have made limited progress, as DCFTAs require signing up to much of the EU’s internal market legislation, the elimination of many trade barriers and the adoption of EU product standards – meaning that producers in many sectors will be able to export more easily to the EU and to the many countries that accept EU standards. But this entails profound economic and institutional reforms that are economically costly and politically difficult, as they often go against the interests of powerful domestic groups.

In the EU’s eastern neighbourhood, Moldova, Ukraine and Georgia have been willing to conclude DCFTAs because they viewed them as a stepping stone towards EU membership. Even though membership is at best a very distant prospect for them, the Union has never ruled it out, as all three countries are geographically European and thus in theory eligible to be members. In contrast, the EU’s southern neighbours are not geographically in Europe, and therefore cannot become EU members. The offer of upgraded trade ties is not appealing enough to convince governments in these countries to undertake politically costly reforms.

The Covid-19 pandemic has made a strategic rethink of the EU’s approach to its southern neighbours even more urgent. While most of the region has not been severely hit by the virus itself so far, the EU’s neighbours are suffering from its economic fallout: unemployment and social strife will fuel instability, migration towards Europe and possibly conflict. Europe will need to help its neighbours deal with Covid-19 and its economic fallout. But the EU should not lose sight of the long-term picture. If Europeans want their neighbourhood to be stable, they should make the countries in its southern neighbourhood a more ambitious offer.

An informal Ministerial meeting between the EU and its Southern European Neighbourhood Policy partners in April 2015, Credit: EEAS (CC BY-NC-ND 2.0)

First, the EU should also offer its partners an upgrade of existing trade agreements as a stepping-stone to a DCFTA. The upgrade would be centred on liberalising agricultural trade by removing most tariffs and increasing quotas, something that countries in the region want. This would contribute to social and economic stabilisation across the region. It would also build trust, allowing governments to inject new momentum into DCFTA negotiations. As part of an FTA upgrade, the EU should offer greater opportunities to citizens from these countries, offering to expand legal migration pathways, with member-states increasing the number of work visas they grant.

Second, the EU should make DCFTAs more appealing. The EU’s offer should be tailored to each partner. For example, adoption of the EU’s internal market legislation could be limited to sectors that are particularly appealing to partner countries. In general, DCFTAs should have longer adaptation periods with more exceptions from liberalisation for the partner country. The EU should also provide generous support for local businesses during adaptation periods to minimise negative economic impacts that can fuel instability. In parallel, the EU should make clear it is willing to grant partner countries visa free travel for their citizens if they fulfil the necessary criteria on border management, internal security and fundamental rights.

Third, the EU should develop an ambitious offer for ‘associate membership’ of the Union to spur southern neighbours to enact further political and economic reforms. Associate membership should only be on offer for democratic countries that fulfil the European Commission’s political, economic and administrative criteria for accession – known as the Copenhagen criteria – and would qualify for EU membership were it not for their geographic location.

Associate EU members would be subject to all of the relevant EU legislation. An independent arbitration panel would settle disputes, with the ECJ’s opinion prevailing where the dispute is on the interpretation of EU law. Associate EU members would not have voting rights on the policy areas of the single market in which they participate, as they would not be full members. However, they would be able to influence EU decision-making through regular consultations with the Commission, be formally consulted during the revision of policies, and could take part in informal Council meetings relevant to their participation in the single market.

The EU’s ambition to be more ‘geopolitical’ should start close to home. The EU’s approach towards countries to its south has had limited success in meeting its goals of fostering security, stability and prosperity. If Europe does not rethink its policy towards the neighbourhood, it will simply be creating greater challenges for the future.

For more information, see the author’s accompanying paper at the Centre for European Reform

Note: This article gives the views of the author, not the position of EUROPP – European Politics and Policy or the London School of Economics. Featured image credit: EEAS (CC BY-NC-ND 2.0) 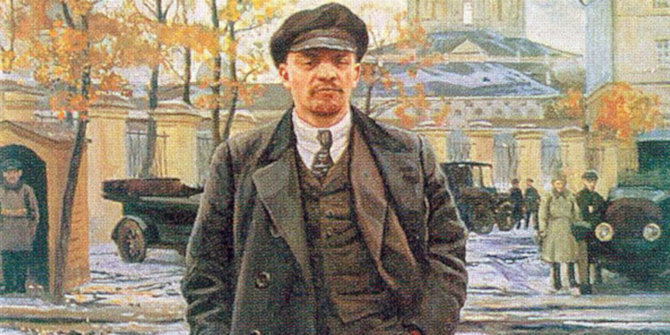 Five minutes with Fatmir Besimi: ‘Macedonia’s wire-tapping scandal is taking the country in the opposite direction of where it needs to go’