Over the last few years, numerous EU migration policies, operations and programmes have been proposed as a response to ‘migrant smuggling’. This trend can be detected in the political discourse associated with some of the most important EU acts, including the recent New Pact on Migration and Asylum.

It is also apparent in those member states who have significant exposure to the phenomenon, such as Italy. Concerns over migrant smuggling are visible in the debates surrounding search and rescue operations led by NGOs, agreements with third countries, and public comments by politicians from different parties.

Moving beyond these declarations, however, the fight against smuggling is a decidedly complex and at times contradictory issue. On the one hand, the smuggling of migrants is a multifaceted phenomenon, which ranges, across a spectrum, from extremely violent and dangerous empirical manifestations, to cases of individuals who facilitate migration movements without any harm or coercion.

On the contrary, these very policies – those that have characterised the approach to migration over the last decades in the EU and in its member states and which are supported by governments of different political orientations – often appear counterproductive. Dozens of studies show the unwanted consequences of restrictive migration policies and of the militarisation of borders. More inaccessible borders lead to an increase in undocumented migration and smuggling as well as harsher and more harmful conditions for those who attempt to cross them.

The notion of closing borders to prevent migrants reaching European states is often perceived as indicative of radical right-wing politics. The principle of managing migration in an orderly fashion, while targeting migrant smugglers and protecting migrants’ lives, appears more acceptable in contrast. Yet, in practice, these different narratives are often applied to very similar policies, with the fight against smugglers becoming the acceptable justification, articulated to citizens, for closing borders.

This is precisely what has occurred in Europe over the last few years. There has been a distortion of the toolkit developed during the 1990s to address smuggling, which was condensed in 2000 under the UN’s Protocol against the Smuggling of Migrants by Land, Sea and Air. This, while imperfect, at least maintained the fundamental idea of targeting criminal smuggling rather than undocumented migration outright.

In today’s Europe, in the vast majority of cases, anyone who facilitates the irregular entry of a migrant may effectively be targeted as a ‘smuggler’, regardless of whether the act has been driven by a desire for material gains or humanitarian principles, and irrespective of whether the actor has any affiliation with criminal organisations. Based on legislation and on the prevailing narrative, everyone from members of criminal organisations to those motivated by humanitarian reasons risks being treated in the same way – as the many cases of criminalisation of humanitarian assistance to undocumented migrants show.

All of this is further complicated by another narrative, particularly relevant in the Mediterranean context, which seeks to portray those who steer vessels from North Africa to Europe as ruthless criminals by default. In reality, evidence demonstrates that these actors are often migrants themselves, forced to steer vessels with direct or indirect threats, or with the promise of a discounted price. Sometimes, this occurs for no other reason than that they are instructed to do so at the time of boarding and have little alternative but to comply. Eventually, at their arrival, they are often accused of migrant smuggling, while the real smugglers continue to do business undisturbed from Libya and elsewhere.

Rethinking the problem of smuggling

A first step toward better understanding the problem would be to appreciate the complexity of the world of undocumented migration and smuggling and the difference between these phenomena. We also must acknowledge that the more ‘closed’ Europe’s borders become, the more likely it is that undocumented migration will arise. It is necessary to recognise the great variety of individuals who may be involved in undocumented migration, from large smuggling operations to small-scale facilitators, to those who end up violating migration laws for strict humanitarian reasons. And it is crucial to provide for different degrees of liability and for exemption from criminalisation, when appropriate.

Second, from the perspective of political discourse, we should seek to establish a more accurate picture of the problem. Instead of portraying policies aimed at containing migration flows as humanitarian operations against smuggling, we should bring these debates into the open. Migration must be dealt with through a holistic, multi-disciplinary, trans-regional approach involving a plurality of actors. A criminal law-based, repressive approach to migration, aside from misusing tools that were intended for other purposes, represents a clear risk to the safety, rights and dignity of the people involved.

Until these standards are met, all that will be achieved is the cementing of a myth in our imagination – a narrative that serves little purpose beyond comforting those in Europe who are reluctant to recognise the current reality for what it is.

A version of this article was originally published in Italian

Note: This article gives the views of the author, not the position of EUROPP – European Politics and Policy or the London School of Economics. Featured image credit: callmonikm (CC BY 2.0)

Federico Alagna is an associate member of the Nijmegen Centre for Border Research. He recently obtained a PhD from Radboud University with a thesis on EU policy-making against migrant smuggling. His current research focuses on EU migration policies and border governance in the Mediterranean. 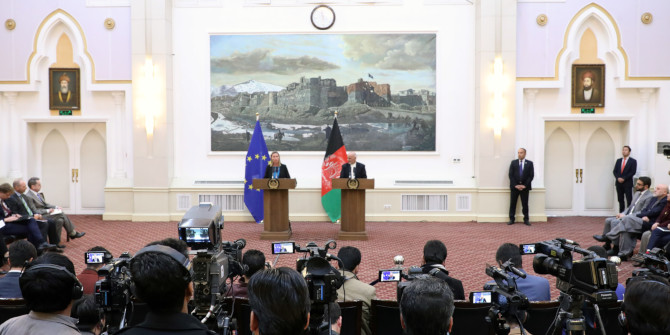 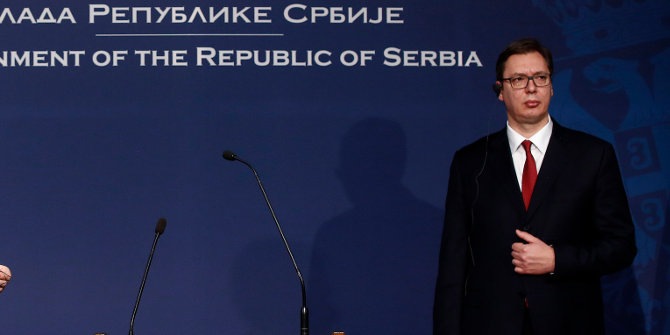