The EU has indicated it intends to pursue legal action against the UK over the extension of grace periods for post-Brexit checks on certain goods entering Northern Ireland from Britain. Vittorio Bufacchi argues that while the UK’s approach may bring short-term benefits, these will be insignificant when set against the long-term reputational costs that come with breaking international agreements.

Pacta Sunt Servanda: “commitments must be honoured”. We owe this phrase to the 17th century Dutch natural law philosopher, jurist, and diplomat Hugo Grotius. It would seem that the tutors behind the expensive classical education Boris Johnson received at Eton and Oxford skipped over this lesson, or perhaps it was Boris Johnson who skipped this class. In any case, his decision to unilaterally delay implementation of part of the Brexit deal relating to Northern Ireland is in clear breach of international law.

Grotius was a strong influence on the English philosopher Thomas Hobbes, one of the most brilliant and prominent figures in the history of political thought. In his masterpiece Leviathan (1651) Hobbes explains that the Third Law of Nature is “that men perform their covenants made”, or in other words that people honour their commitments. He goes on to explain that unless this Law of Nature is respected, we remain in “the condition of war”.

War, and the dismal reality of anarchy, is the backdrop of Hobbes’s reasoning. It is in order to avoid war and anarchy, which is mutually detrimental to all parties concerned, that the First and Second Laws of Nature are to strive for peace by way of seeking and making contracts. The genius of Hobbes was to forge a new political philosophy by bringing together two distinct philosophical traditions: the social contract and natural law.

The driving force of Hobbes’s reasoning, which remains to this day a cornerstone of political realism, was that entering and performing contracts was necessary to secure peace and eschew war. Nothing could be worse than to break a covenant; or as Hobbes explains: “when a covenant is made, then to break it is unjust; and the definition of injustice is no other than the not performance of covenant”.

Fast forward 370 years and we find Boris Johnson openly, and unashamedly, threatening to breach international law, and not for the first time. The problem with Johnson’s diplomatic strategy is not that it is unethical, which it is of course, but that it is myopic. Threatening to break international law will harm the long-term reputation of the UK. Hobbes had it all worked out many centuries ago – it is a shame that neither Johnson nor his advisers bothered to read him.

The irony is that Hobbes is the sort of philosopher that should appeal to Boris Johnson, since he derives principles of morality from the starting point of the agent as a rational, self-interested, utility-maximiser. According to Hobbes, we seek peace not because we care about the lives or well-being of others, but above all because we are concerned about our own safety and welfare: peace is good because, being mutually advantageous, it is also good for me.

Similarly, keeping contracts as a way of peace is also mutually advantageous. The people in Northern Ireland know this all too well, which is why the mutual benefits of the Good Friday Agreement are not to be dismissed lightly. As Hobbes says, where there are no agreements there lies war.

Of course, there will always be those who, like Boris Johnson, are prepared to break a contract for the sake of making a short-term gain. Hobbes had a name for this kind of person: the fool. They are fools because they are making a huge miscalculation: the short-term benefits they are seeking are insignificant compared to the long-term costs. In the long run, nothing is worse than having a reputation of insincerity; nothing is more damaging to one’s long-term prosperity than to be deemed untrustworthy; nothing could be more foolish than to risk being ostracised by the international community. But this is precisely what the UK is risking at the moment.

Vittorio Bufacchi is a Senior Lecturer in Philosophy at University College Cork and author of Everything Must Change: Philosophical Lesson from Lockdown (Manchester University Press, 2021). He completed his PhD at the London School of Economics. 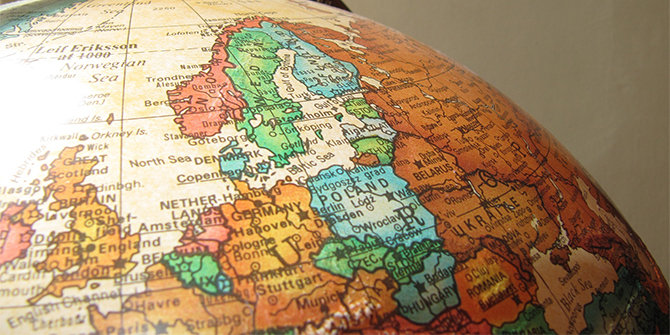