Moldova will hold a parliamentary election on 11 July. Ahead of the vote, there has been controversy over whether polling stations should be opened in the disputed territory of Transnistria to allow Moldovan citizens living in the territory to participate in the election. Lucia Leontiev argues that the opening of polling stations would not only be illegal, but would also be counterproductive given the Moldovan authorities would be unable to guarantee a fair electoral process.

On 11 July, Moldovan citizens will head to the polls to elect their next parliament. For the country’s voters, the election provides some hope that Moldova can take a step closer to political stability following a troubled period. For the country’s parties, the stakes will be high for both the incumbent socialist government and the pro-democratic party of Moldova’s President, Maia Sandu, who are looking to win power.

As it stands, Sandu’s Party of Action and Solidarity (PAS) is expected to win the most seats in parliament. However, the political situation in Moldova is far from predictable. The familiar political contest between a pro-Russian left and pro-Western right is currently playing out, but this contest is also being fought outside of the country. One of the most notable features of Sandu’s victory in last year’s presidential election was the role played by members of the diaspora. This trend has continued into the 2021 parliamentary elections.

The Central Electoral Commission and Transnistria

Sandu’s success at attracting support from Moldovans living abroad was a decisive factor in the presidential election. The result was not only a victory for pro-Western actors, but also ensured the country would have its first female President. Even greater participation is expected from the Moldovan diaspora in the upcoming elections. This has made the Central Electoral Commission (CEC) a key battleground as parties seek to influence the electoral process.

One of the main issues the CEC has been tasked with resolving is the number of polling stations to open abroad, as well as for Moldovans living in the disputed territory of Transnistria. Transnistria (Pridnestrovskaia Moldavskaia Respublica) is a self-proclaimed territorial non-state entity which has over time developed and consolidated state-like features. Perceived as a separatist region that seceded from the Republic of Moldova, its independence claims are not endorsed by the international community and to date, no sovereign state recognises it.

Despite this, in a surprising decision on 5 June the Central Electoral Commission sanctioned the opening of 44 polling stations in Transnistria, 41 of which are located on territory under the constitutional control of the Moldovan authorities, and three of which are in areas controlled by the secessionist authorities. This is the first time that the CEC has advised that polling stations should be opened in areas controlled by the separatist authorities.

The legality of opening polling stations in Transnistria

There are two key legal questions raised by the CEC’s decision. The first is whether it is legal for such polling stations to be opened in Transnistria. The decision contradicts Article 32 of the Electoral Code of Moldova, which states that the CEC shall open polling stations only on the territory under the jurisdiction of the Moldovan constitutional authorities. Furthermore, the decision goes against established international standards regarding the organisation of free and fair elections, which Moldova is obliged to uphold.

The second question is whether Moldova is capable of ensuring Moldovan citizens living in the occupied territory are able to vote in the election. This is highly unlikely not only because the constitutional authorities have no control over the territory, but also because the secessionist authorities are unwilling to cooperate. Public opinion on the CEC’s decision was distinctly negative and several political parties challenged the decision before the Court of Appeal of Chisinau. Before any legally binding judgment could be made, the CEC annulled its decision.

Nevertheless, despite the impossibility of opening polling stations in Transnistria, the Moldovan authorities have an obligation to ensure Moldovan citizens living there have the right to vote. Given the lack of effective control of the Moldovan authorities in Transnistria, some actors have argued that these electoral rights should be suspended until control over the territory is achieved. This is contentious as Article 38 of the Moldovan Constitution, read in conjunction with the Electoral Code, states that all Moldovan citizens have the right to vote.

This is because simply organising an election is no guarantee of the right to vote. It is also necessary that the electoral process is free and fair. The conditions for achieving this have been laid out by the Venice Commission, among others. It is extremely difficult, if not impossible, for the Moldovan authorities to uphold these electoral principles when it has no control over the territory where polling stations would be opened. Consequently, the opening of polling stations in these areas would not only be illegal, but would also be counterproductive given the Moldovan authorities cannot ensure the electoral process would comply with international standards.

Why, then, did the CEC make its decision? The answer lies partly in the fact the Transnistrian electorate is viewed as more pro-Russian and supportive of communist and socialist parties. It is also assumed to be relatively poorly informed about Moldovan politics as no electoral debates are held in the territory, for obvious reasons. Certain parties therefore have a stake in opening polling stations in Transnistria, not least because it would provide opportunities for electoral fraud.

Although the CEC’s decision was ultimately annulled, it has raised some important questions about Moldova’s capacity to organise free and fair elections, and how Transnistria can be integrated into this process. Moldovan citizens living in the occupied areas of Transnistria have the same rights as those living in the territory controlled by the constitutional authorities. They should be able to vote and express their opinions in a free and fair way. However, this should be done in accordance with the existing legislation and international standards. Otherwise, Moldova will effectively have to delegate aspects of its sovereignty to the secessionist authorities.

Note: This article gives the views of the author, not the position of EUROPP – European Politics and Policy or the London School of Economics. Featured image credit: Sasha Pleshco on Unsplash

Lucia Leontiev is a PhD candidate in International and Human Rights Law at the Sant’Anna School of Advanced Studies in Pisa, Italy and Maastricht University. 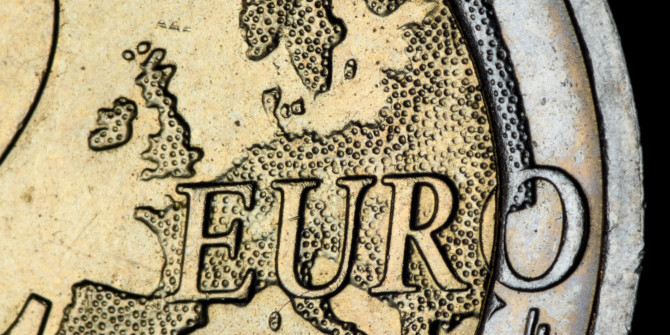