The last few decades have seen intense scrutiny of the role of experts in policymaking. Yet issues like climate change and the Covid-19 pandemic appear impossible to address without following scientific expertise. Jens Steffek argues humanity has little choice but to empower expert-led international organisations to tackle the challenges of the future.

Populism has dealt a hard blow to international organisations and the European Union in particular. Populists of the right, but also a good number of old-school socialists and social democrats, advocate a return of political competences to the national arena, albeit for different reasons.

While the populist right celebrates national sovereignty and control, critics from the left associate international organisations with neoliberalism, a built-in preference for markets and a hollowing out of the welfare state. The two camps form a chorus when it comes to charging international organisations with being ‘technocracies,’ which today is rhetorical shorthand for aloof, unresponsive institutions that follow technical reasoning when they really should honour the will of the people.

The charge of technocracy is the common denominator of resistance against international organisations and expert institutions more generally. In a memorable television interview before the UK’s EU referendum in 2016, Brexiteer Michael Gove put this succinctly when he referred to “experts from organisations with acronyms” of whom the British public had seen enough. He meant domestic and international institutions alike.

It would be tempting to attribute this expert-bashing to a preference of populists for symbolic politics or a romanticised image of the common people and their common sense. While there are elements of truth in this, we need to acknowledge that what is unfolding here is also a revolt against the functionally differentiated world and its impositions, the universal rationalisation and professionalisation of governance.

The Covid-19 pandemic, however, has brutally exposed the weaknesses of populist governance based on common sense and gut feelings. Without any clear idea of what the people have wanted in such an unprecedented situation, most populist parties have pitched and rolled. Where populist leaders were in government, from Donald Trump to Jair Bolsonaro, they found it hard to accept advice from expert institutions, popularising hoaxes instead. In these moments, the ‘seduction of unreason’ that Richard Wolin found in Europe during the 1930s made itself felt again.

The global pandemic has underlined, once again, the value of scientific expertise and of political cooperation across borders. In a late-modern, highly interdependent world, the promise of governing without, or even against, experts and their institutions is illusionary. As Max Weber predicted at the beginning of the 20th century, there is no way to run a modern state without an expert bureaucracy. The same goes for the capitalist economy that relies on predictability of public decisions. What is more, the rationalisation of governance through bureaucracy, the law and scientific expertise that Weber described, orients public action towards the substantive rationality of the respective policy field.

“The challenges that humanity faces are colossal… In crafting and coordinating international responses there seem to be no alternative venues that have the legitimacy of international organisations.”

Their respective competences expanded rapidly from the late 19th to the mid-20th century, a period in which the need for ‘organising’ the social world at all levels was almost undisputed. Roughly until the 1970s, technocratic international governance had vociferous intellectual supporters, such as David Mitrany, who envisaged ‘functional’, de-nationalised governance arrangements with flexible geometry, each in line with the reach of problems rather than national borders.

Since then, the tide turned against technocracy. The neoliberal right attacked the rigidity of bureaucratic hierarchies and the alleged wastefulness of public institutions. Critics from the left bemoaned the loss of democratic control and political contingency, as technocratic institutions and their rationality engulfed more and more areas of public life. This anti-technocratic mood spilled over to the international level. At the end of the 20th century, international organisations for the first time in history faced large street-level protests against their work. Present-day populists simply pick from the intellectual menu that is already there and radicalise some points, disputing the need for international organisations’ technical competence, denying their ability to solve global problems and the possibility of impartiality.

Yet the challenges that humanity faces are colossal. Combatting climate change and pandemic diseases (of which Covid-19 will not be the last) will require substantial global cooperation and expertise. In crafting and coordinating international responses there seem to be no alternative venues that have the legitimacy of international organisations, such as the World Health Organization or the secretariat of the United Nations Framework Convention on Climate Change.

Is this call for a return to international expert institutions a reactionary political project? Is it animated by nostalgia for the Fordist age when people still trusted experts and believed in progress? Not quite. After all, it was Greta Thunberg, figurehead of a transnational youth movement, who asked us to listen to scientists, heed their advice and build our public policies on scientific evidence. This is not to say that traditional bureaucratic organisations are the best way of tackling such challenges in the future, but, whatever their faults, international organisations are available here and now and have proven to be able to speak truth to power in global politics.

Jens Steffek is Professor of Transnational Governance at the Technical University of Darmstadt. 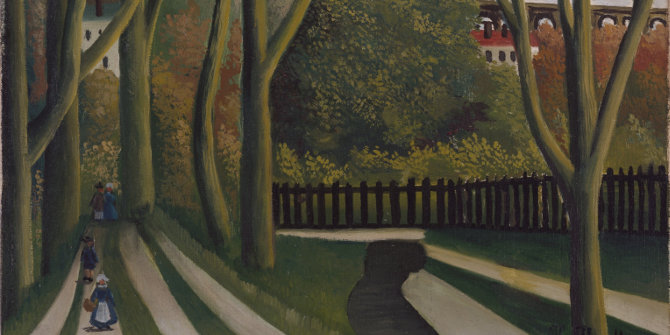