Emmanuel Macron won reelection as French President on 24 April, but what do the next five years have in store for French politics? Alistair Cole assesses Macron’s leadership, his wider impact on politics in France, and the prospects for his second presidency.

Incumbent French President Macron has been re-elected for a second five-year term. Rather than a simple success story, the 2022 presidential election revealed disturbing trends in French democracy: the consolidation of the far-right; the rise in abstentions; the collapse of traditional centre-left and centre-right pivots, and the strong performance of anti-system parties.

Part of the problem during the first term in office (2017-2022) lay at the heart of the Macron enterprise itself, built on rejection of the main party families and difficulty in defining a core political project. Such lacunae, combined with a loss of trust in French politics and society, present formidable challenges for this original political entrepreneur.

Macron’s contribution is best understood if we think of leadership as a three-level game, based on the interplay between an individual political persona, strategic institutional opportunities, and the potentially transformative effects of European and international opportunities (along with their equal capacity for disruption and downgrading).

On an individual level, Macron’s reelection for a second presidential term, for the first time in the Fifth Republic outside of the specific context of ‘cohabitation’, was testament to personal endurance, as well as political success. His achievement might be interpreted favourably as that of a political entrepreneur whose fortunes lie closely in the rejection, dislocation and imperfect reconfiguration of the existing party system.

In 2017, Macron was the actor – and the symbol – of the breaking up of the old party system. The two leading parties of the Fifth Republic – the Republicans (part inheritor of the Gaullists) and the Socialists (of former President Mitterrand) were both defeated and show no signs of recovery. In fact, 2022 accelerated these trends, as the Socialist candidate Anne Hidalgo plunged to 1.75% and even the Republicans (Valérie Pécresse) declined to under 4.8%.

This outcome was undoubtedly a success for Macron who has been able to reframe political competition in terms of representing the central space (both a political centre and the centre of gravity), flanked by extremes on the left (Jean-Luc Mélenchon, third-placed candidate in 2022) and the right (Marine Le Pen, unsuccessful contender for the third time). Macron has combined skill with a dose of fortune in managing successive crises – social, health, international. Under Macron, crisis has become a mode of management above politics.

A rather less favourable interpretation would be that of a political trickster, whose leadership might eventually subvert the system that carried him to power. Macron has adopted a top-down, divisive and ‘disruptive’ style in office. This made less convincing his attempts to reconnect in a more horizontal sense during the campaign and continues to make it difficult to sustain a democratic debate in a dispassionate atmosphere. Indeed, his approach is often seen as condescending to those less fortunate than himself, arguably feeding into the underlying crisis of political trust and disconnect in French politics.

The institutional and international dimensions

I have referred elsewhere to the Janus-faced nature of the Macron presidency. Macron was elected as President in 2017 on the basis of contrasting, potentially contradictory dynamics (the equilibrium of en même temps, but the Manichean reduction of political combats to ‘progressives versus nationalists’). He has since shifted in pragmatic, not to say opportunistic ways. Such zig-zags have contributed to the longer term sapping of the foundations of the political regime. During the period under observation, Macron appeared initially to stem the deep distrust in political institutions. But the outbreak of the Yellow Vest movement in 2018 showed the first signs of the new presidential legitimacy wearing thin.

In relation to the European and international dimension, finally, Macron’s political leadership has involved a permanent two-way dialogue; playing up domestic reforms in order to strengthen national prestige abroad; using the foreign arena to reinforce the reform message at home, in a permanent movement and transition between levels. Foreign leaders and audiences are invited to be fellow-conspirators in the plot to reform and change French society. The current Ukraine crisis presents opportunities for more European strategic autonomy (and French influence), but also reveals the importance of reassuring central and eastern European and more Atlanticist democracies.

The next five years

The future presents formidable challenges. Critics of the first Macron presidency pointed to the hollowing out of state and society that reputedly took place under a ‘Juperitean’ President who distrusts and ignores civil society. In practice, however, Macron has also allowed public deficits to widen in order to deal with the health crisis.

There are real economic dangers ahead. Some credit should be given to Macron: his early reforms in the field of training and labour markets have contributed to the record employment rate and historically low rate of unemployment; more flexibility has been introduced in the labour market and very high rates on taxation have been modified (flat tax) allowing some evidence of a boom in foreign direct investment.

But, on the darker side, public debt has grown massively, to around 115% of GNP, well over the 100% inherited by Macron. Deficits have also sharply increased. France continues to have a fairly weak SME sector – behind that of Italy, for example, let alone Germany. The Covid-19 crisis demonstrated that French industry appeared deficient in some respects – and the Ukraine-Russia conflict has revealed the dangers of over-expansion in emerging markets (as had occurred earlier with the case of Iran).

Coming back to domestic politics, Macron has promoted a symbolic modernisation in relation to pensions, labour markets, educational supply, and demand. But the capacity to reform will be put to the test in the months following his reelection. As a summary judgement, while the Macron enterprise has been crowned a success in political terms (via the gradual sapping of political adversaries and a permanent process of triangulation), the social, economic and international record is murky. The President has earned a second term in office. He has yet to ensure his presidential legacy.

Alistair Cole is the author of Emmanuel Macron and the two years that changed France (Manchester University Press, 2019)

Alistair Cole is Professor of Politics and Head of the Department of Government and International Studies at Hong Kong Baptist University, as well as an alumni of the LSE (1980). 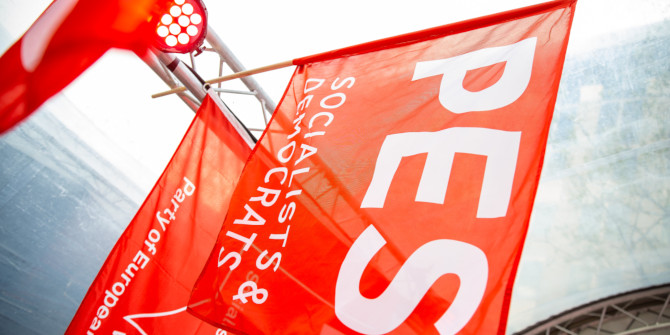 Has economic moderation contributed to the decline of social democratic parties?