The publication of research findings as well as other related actions can foreground an important political debate and hopefully lead to a positive change in a society, with researchers and activists working collectively while recognising the contributions of both practices, writes Mara Nogueira.

On a Sunday afternoon in 2015, Diva and Rafael received me in the living room of their 50 m2 flat in a public housing estate in the North region of Belo Horizonte, Brazil. They were relocated there by the local government in 2010 when the small favela in which they lived was demolished. The Vila UFMG, as the favela was known, housed about 100 families who were displaced to give way to a flyover built as part of the city’s preparation to host the 2014 FIFA World Cup. After my initial explanation about my research interest in the impacts of the mega-event, Diva asked me: “But, if you don’t mind me asking, what is this research thing you do?… what is it for?”. While I tried to respond, her husband protested saying “she wants to know our opinion because we lived there [in the Vila UFMG]”.

The favela was named after the local university, the Federal University of Minas Gerais (UFMG), which was located across the street from the Vila. Diva proclaimed at different times that she felt “really grateful to the UFMG because they helped us a lot”, referring to the work of different students and groups connected to the local university that had assisted the Vila residents during the displacement. Later on, she asked me again about the nature of my research, adding that “other people have been here asking me questions and taking pictures of the place but nobody ever really helped us”. I then explained that my research intended to understand what had happened with them so hopefully things could be better in future similar situations. I am not sure how convincing my answer was to her and thereafter I repeatedly asked myself the same question: “What good can my research do?”

As a critical scholar, my research practice is politically committed to social justice. My PhD project was focused on three different conflicts over control and use of urban space connected to 2014 FIFA World Cup-related projects in Belo Horizonte. The research was motivated by concerns in the literature about negative impacts of mega-events in poor communities, especially in the Global South (Gaffney, 2010; Sánchez and Broudehoux, 2013; Shin, 2012). Particularly, I was interested in uncovering how the differently affected groups – middle-class residents, favela dwellers and street vendors – were more or less able to access the state to claim their rights to urban space. During fieldwork I thus met and engaged frequently with marginalised populations, but I also spoke to agents of the state, middle-class citizens, attorneys, business people and social activists. In order to be able to circulate between such different spaces and speak with multiple actors, I sought to maintain a certain degree of independence as a researcher. Nevertheless, for most people, the difference between myself and the activists who circulated in the same spaces was difficult to grasp. Like me, they were young educated middle-class (more often than not) white people with a socially oriented practice.

Writing about the boundaries between research and activism, Maxey (1999, p.201) has argued that:

“the social world is produced through the acts each of us engages in every day. Everything we do, every thought we have, contributes to the production of the social world. I understand  activism to be the process of reflecting and acting upon this condition. We are in a sense all activists, as we are all engaged in producing the world.”

For him, therefore, the boundaries between research and activism are necessarily blurred. That is especially true for activists like himself, who engage with research through activism work. That, however, was not my case. It was through the research practice that I first engaged with the participants in my PhD. Even though my political stances and sense of social justice informed the project and its motivations, I sought not to steer any actions or strategies. Firstly, because I believed that some independence was crucial for the successful completion of the project. Secondly, because I did not believe I should take any protagonist role. I am not claiming, however, that my presence did not have an effect.  Whenever asked, I would still perform small tasks, especially related to the struggles of the Mineirão stallholders. This group of street vendors had been displaced in 2010 from their workspace near the local stadium after it got redeveloped in preparation for the World Cup. In 2015, when I was conducting my field research, they were still very much active and so I spent a lot of time with them.

In one situation, I was sitting and chatting with a group of stallholders waiting for one of their meetings to start, and one of them, named Carmo, asked me “how is Cecilia doing?”. It took me a while to realise that she was talking about a local social activist that campaigned against the negative social impacts of the World Cup in Belo Horizonte.[1] I responded that I hadn’t seen Cecilia in a while and Carmo looked confused as she clearly thought we were part of the same organisation. A different person that overheard the conversation then said “Mara’s work is completely different from Cecilia’s, Mara is a researcher”. She said that while looking at me, as if expecting my approval. I remained silent, waiting to see if she was going to develop the thought any further, but she didn’t. I then explained to Carmo that, unlike Cecilia, I was not an activist of any social movement but only a student and a researcher. Carmo then added “I know, and you are following us, but you are not part of anything”. Much like the conversation with Diva, this interaction made me reflect about the relevance of doing research and the actual impact I could engender with my work. I asked myself more than once what would happen if I focused my energies on helping their cause instead of my research.

Eventually I concluded my PhD and unfortunately the Mineirão stallholders were not compensated for their losses or relocated to a new workspace in the stadium. My research was not able to change their fate, but, together with others, I have initiated a debate about the rights to the city of street vendors in Belo Horizonte, which did not exist when I first started my fieldwork. One of the findings of my PhD was that informal residents, like Diva and Rafael, were able to claim relocation because of existing institutional and legal frameworks that partially recognised their rights to the city. Such apparatus is the result of past popular struggles emerging from the Brazilian peripheries in 1970s and 1980s (Holston, 2008). Those struggles were documented and disseminated by academics at the time, whose work provided fundamental arguments and the vocabulary that allowed the translation of claims into policy and rights. The process worked simultaneously in two directions, while researchers picked-up on claims arising from community activism, activists also incorporated some of the academic language in their struggles.[2] In comparison with informal residents, street vendors face the absence of rights to space combined with the daily harassment of local authorities and the criminalisation of their activity. My research thus identified the need for academics to document and publicise the struggles of street vendors in order to create a repertoire of knowledge that can inform both political struggles and policy agendas.

For Kitchin and Hubbard (1999, p.195), critical geographers are guilty of being happy to survey (and ‘map’) exclusionary landscapes”, while rarely doing “much to change that landscape apart from the occasional token nod to ‘planning and policy recommendations’.” They argue that the issue is connected with the distinctiveness of academia – in Bourdieu’s (1988) sense – that promotes a disconnection between scholars in the ivory tower and the real world. They suggest that participatory action research is a potential route for academics seeking to integrate activism and research practices. In this piece, I would like to suggest that there are other ways through which academia and activism can be combined to incite social change.

Recently, academic interest in the struggles of informal workers has been growing, especially in the context of the COVID-19 pandemic. In May 2020, I was invited by a councilwoman and social activist in Belo Horizonte to participate, along with other academics based locally, in the construction of an Emergency Plan for the Recovery of the Popular Economy. Part of a collective construction, the document brings together findings from multiple research projects as well as the experiences of workers and social activists. The plan was later incorporated in the campaign platform of one of the candidates for the recent local elections and publicised by the local media. Even if it is not implemented, its publication as well as other related actions can foreground this important debate and hopefully lead to a positive change in the future. The experience is an example of how researchers and activists can work collectively. It blurs the lines between academia and activism while recognising the contributions of both practices.

[2] An example of this process in urban Brazil – and its shortcomings – relates to the incorporation of Lefebvre’s (1968) right to the city framework into policy, discussed by Nogueira and Shin (2020).

Sánchez, F. and Broudehoux, A. M. (2013). Mega-events and urban regeneration in Rio de Janeiro: planning in a state of emergency. International Journal of Urban Sustainable Development 5(2): 132-153.

For citation: Nogueira, M. (2020) “What is this research thing you do?” Reflections on the (blurred) lines between research and social activism (26 November 2020) Blog entry. URL: https://blogs.lse.ac.uk/fieldresearch/2020/11/25/what-is-this-research-thing-you-do-reflections-on-the-blurred-lines-between-research-and-social-activism/

Mara is a lecturer in urban geography and Director of the MA/MSc Cities Programme at Birkbeck, University of London. Mara is also a co-investigator in the project ‘Engineering food: infrastructure exclusion and ‘last mile’ delivery in Brazilian favelas’ funded by the British Academy. She is an urban geographer whose research focuses on socio-spatial inequality and the urban politics of urban space production in Brazil. She completed a PhD in Human Geography and Urban Studies at LSE. She also holds a BSc and a MSc in Economics from the Federal University of Minas Gerais, Brazil.

Posted In: Boundary Crossing | Emotions in the field | Researcher's Positionality 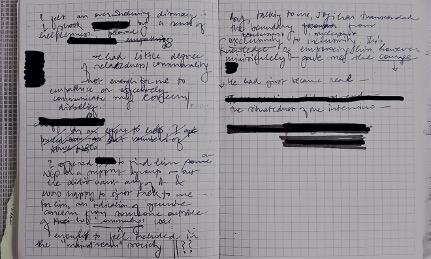 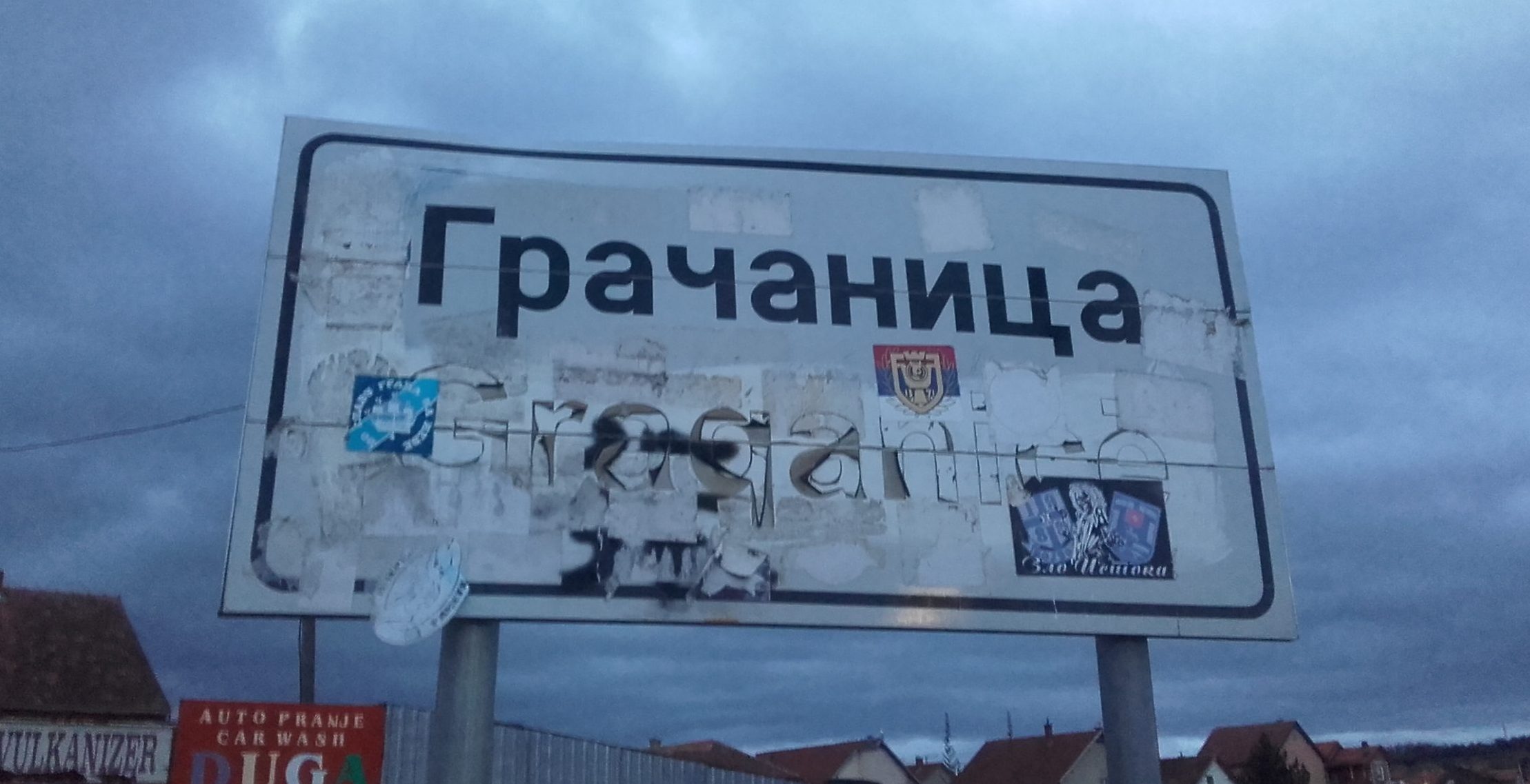 Little pink notebook, or fragments of my manic fieldwork adventures