Since 2011, Syria has been engulfed in civil war and humanitarian crisis. As unrest continues and international involvement grows, Dr Bill Kissane discusses what makes civil wars such a destructive form of conflict.

Civil war has been defined in terms of some basic elements, such as the existence of two sides fighting for control of government in a recognised territory (Singer and Small 1982: 205-206). A threshold of casualties – usually a thousand deaths – can be added to exclude less destructive  conflicts. Syria is unmistakably a civil war: perhaps 250,000 fatalities to date. Apart from deaths, what makes civil war such a destructive form of conflict?

During the European Enlightenment, for which the French revolution became a creative symbol, ‘revolution’ acquired a meta-historical and philosophical character, and civil war, by default, was left with the meaning of ‘a senseless circling upon itself’ (Koselleck 2005: 49). The Syrian conflict began as a democratic revolution, but the initially broad-based democratic struggle against Assad has long given way to many different wars taking place simultaneously. We can no longer discern a pattern  or direction of change: hence the idea of a senseless war.

But why this destructive? The ancient Greek conception for internal war, ‘stasis’, was of a state of  discord between different parts which produced so much division as to disrupt the healthy functioning of the whole. The medical term metastasis, which means the movement of a disease from one part of the body to another, has stasis as its root. The connection implies that the affliction of civil war is at its worst when the body politic become afflicted by internal divisions of different kinds. In Syria the process of disintegration began with the emergence of cracks in the  political system, and may end up destroying the social and geographical basis of the Syrian state. An early  aspect of this was territorial: the regime was determined to consolidate its grip along a north–south axis from Damascus through Homs and Hama to Latakia, the port and region that were home to the Assad family and its Alawite sect. As more Alawites were recruited into the army, the Syrian conflict became increasingly sectarian. What has emerged is a hardened and  increasingly sectarian underclass on each side: disenfranchised, mainly Sunni rebels, and the regime’s mainly poor Alawites, have come to bear the brunt of the fighting. In other words, the Syrian body politic is being afflicted by fractures of many kinds.

A third point concerns consequences; a revolution achieves revolutionary change, but in Syria one possible outcome is self-destruction. The Economist (23 February 2013: 13) depicted a land increasingly prey to feuding warlords, Islamists and gangs – ‘a new Somalia rotting in the heart of the Levant’. Urban chaos results from the detachment of different parts of the city, and the establishment of internal boundaries that break with the city, as planned and perceived as a unified entity. Analogously, in Syria the local administration now rests in the hands of paramilitary groups, and enclaves have been established by the Assad regime, the main Sunni opposition, the Kurds, and Islamist groups like ISIS. Three possible outcomes are; a partitioned national homeland, a divided and resentful population within an authoritarian state, or a situation of indefinite de facto multiple sovereignty (chaos in other words).

The Economist title was Syria: The Death of a Country. Few today are aware that the Ukrainians established an independent Republic in 1917. This Republic was then engulfed in a series of international and internal conflicts unleashed by the Bolshevik revolution, and became absorbed in the Soviet Union in 1921. Most of us think of the Spanish civil war as the emblematic civil war of twentieth-century Europe. Yet the mixture of banditry, revolution, ethnic conflict, famine, land agitation and outside interventions, which destroyed the Ukrainian Republic, was more representative of what was to come in the rest of the world. Spain survived as a state: the Ukrainian Republic did not. The contrast poses the ultimate question about the consequences of civil war: what it is like to have lived in a community that has disappeared?

For the ancient Greeks and Romans civil war was the form of conflict most likely to occur, and the one most to be feared. Modern social science tends to agree. Both define civil war with an eye to the consequences. The World Bank’s (2003) report Breaking the Conflict Trap, argues that those countries now most at risk of civil war – largely very poor countries with a history of past conflict – are also those most likely to continue to suffer the consequences. The report shares the idea of societies circling endlessly upon themselves. There is a conflict ‘trap’ in two ways; (1) later generations may be stuck with problems because of conflicts fought by their parents’ generation, (2) most of the fighters – including those who go on to dominate politics after ‘peace’ has been established – might be unaffected by the economic and social consequences affecting the general society. Recovery from conflict is not a major objective for them. Consider too the language René le Marchand (2013: 319) uses to describe the Democratic Republic of Congo; of civil war ‘injecting’ a strong element of distrust into social relations, of ‘tearing to bits’ the fragile social ties that had once ‘sustained’ social life, of violence that has ‘created hatreds’ where none existed, and of a war which ‘unleashed predatory instincts’ on a large scale. The consequence is a demoralised country, one without the energy to recover. As the search for a solution intensifies, those interested in salvaging a future for Syria face a race against time before the roots of recovery are extinguished.

Koselleck, Reinhart. 2005. Futures Past: On the Semantics of Historical Time. Trans and with an Introduction by Keith Tribe. New York: Columbia University Press. 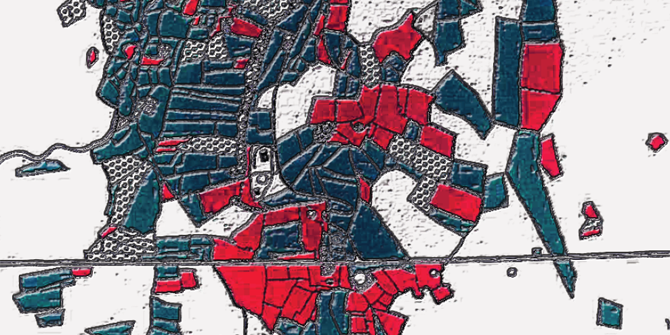