I rhyme to see myself,

To set the darkness echoing

In his poem, Personal Helicon, Seamus Heaney explores the power of writing – in this case poetry- as a means of making sense of one’s experiences in a wider world. For Heaney, writing is about developing a sense of self – listening to others’ ‘echoes’ as well as ‘your own call’. In this blog post, I’m going to explore writing in the classroom as a means of learning and helping students develop their ‘own call.’

Some years ago, I attended a seminar by Sally Mitchell, who led the excellent QMUL Thinking Writing programme, in which she argued (drawing on work by Art Young of Clemson University) that in higher education we tend to view writing primarily as a product to be assessed rather than as a tool or process to support learning and thinking. In other words, in our curricula, we conceive of writing primarily as a finished form to be examined – an essay, a report, dissertation or exam answer. But we underuse writing as a tool or process for questioning, testing and generating ideas.

Mitchell and Young suggest that, as teachers, we incorporate a lot of work on the right, product-oriented side of the diagram below. The bulk of writing students do for our courses tends to be presented to us in a fixed, final form to be read by others. They ask whether we should be doing more with the middle and left of the diagram – creating opportunities for students to write (and share) more provisional, process-oriented texts and exercises. 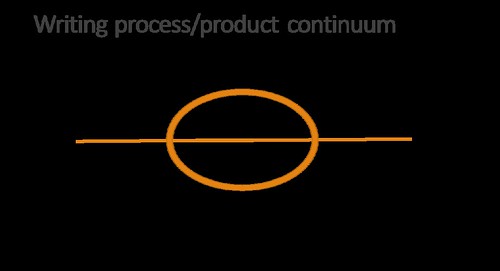 This thinking isn’t new: elements of it have informed composition studies in North America for years. Nonetheless, it is not a prominent approach in the UK HE sector.

I’m going to discuss a couple of exercises that get students working on the middle and left side of the continuum set out in Figure 1. The first is free writing: short, explorative pieces designed to be done quickly and in an unconstrained manner (Elbow, 1998). Free writing can take a variety of forms, but a simple way of introducing it is to ask students to start a blank page (or screen) and write a topic or theme at the top. They then write continuously, in complete sentences, for three minutes on a topic or question. Tell them that the writing won’t be read aloud, but they may be asked to share ideas that come out of it.

This exercise can take place at the start of a class as a prelude to a discussion in pairs or a plenary conversation. I’ve also used it midway through a teaching session to re-energise a class or as part of a transition to another topic. In my experience, both as a teacher and writer, free writing can be surprisingly generative and powerful.

This exercise may require students to shift their position such that they are formulating the questions rather than simply answering them. It also helps them see writing as a means of opening up spaces rather than pinning down points or making definitive claims – which is what they are frequently expected to do in argumentative texts. As with the free writing exercise above, this activity functions as an excellent warm-up for class discussions.

These kinds of activities also show students how writing can be used as a tool for thinking rather than being viewed as solely a recording of ideas. The more students can use regular writing as a means of developing their thinking, the more confident they will become as academic writers. To return to Heaney’s quote, getting students to write regularly can help them develop an academic voice and see themselves as historians, philosophers, geographers and economists.

Oft turning others’ leaves, to see if thence would flow

Some fresh and fruitful showers upon my sunburn’d brain.

And others’ feet still seem’d but strangers in my way.

Thus great with child to speak and helpless in my throes,

Biting my truant pen, beating myself for spite,

In Sonnet 1 (above), Astrophil despairs at his inability to declare his love for Stella in written form. Yet, I’ve always thought this could equally be the lament of the academic writer – haltingly creative (‘wanting invention’s stay’) only to have creativity bowed in the face of ‘step-dame Study’ and the burgeoning academic voice subdued in the presence of past critics and researchers who have written on the subject (‘others’ feet […] strangers in my way’ .)

John Bean’s Engaging Ideas is replete with ‘write-to-learn’ exercises supported by evidenced-based research, from across the disciplinary spectrum. An example is the microtheme assignment which is a short, problem-based rubric that requires a written answer. Bean uses various formats including advice-style letters asking for arguments about velocity or operant conditioning – short pieces in which the writer explains a concept to a younger sibling (or other non-expert), role-play assignments (“imagine you are Hobbes …”), and summary activities (“write a precis in 200 words; now reduce it to exactly 25 words”). Another example is the reader-response text in which, for example, following the reading of a short extract from Aristotle or Locke or Foucault, the student is asked to write a brief, first-person reflection on how a theorised or abstract conceptualisation might be understood in the student’s lived experience. (For example, how might we understand the panopticon in 21st century London?)

How might an academic argument be written as a dialogue?

Bean argues that such texts invite a sort of academic wrangling with ideas and that this helps students see the way in which writing itself is a form of critical thought. Incorporating these short critical thinking exercises either within or between teaching sessions can be a powerful means of helping students see writing as part of learning. “When we make students struggle with their writing, we are making them struggle with thought itself. Emphasizing writing and critical thinking, therefore, generally increases the academic rigour of a course. Often the struggle of writing, linked as it is to the struggle of thinking … awakens students to the real nature of learning.” (Bean: xvi)

Rowena Murray’s How to Write a Thesis is another excellent source of critical thinking exercises. I’ll mention two elements that have influenced me. One is her notion of ‘snack writing’ – writing we can do in small amounts of time. Murray argues that academic writers often put off writing until they have sufficiently long blocks of time – three hours or more (which Murray refers to as ‘binge writing’). Yet our schedules frequently don’t allow this, and Murray argues that we can train ourselves to become ‘snack’ writers and take advantage of much shorter spaces of time, say 20-30 minutes – if we use targeted exercises, free writing or writing prompts.

Murray’s use of prompts is also a technique I’ve used with students. One such exercise asks students to complete the following:

(Source: Adapted from Rowena Murray (2006) How to Write a Thesis, Open University Press)

I’ve used variants of this framework–style exercise to support students at the start of a dissertation or similar projects, and it is surprisingly generative, even when students don’t yet feel ‘ready’ to write. It can serve various functions:

My final suggestion for these short critical thinking-oriented writing tasks is the Thinking Writing website at QMUL which is a treasure trove of activities organised by both discipline and type.

In short, these types of short writing exercises can help students:

Additionally, an aim of this blog post is to suggest exercises – brief, organic, playful and framed – that get students using writing as a means of developing their thinking and to see the act itself as something to develop by practising regularly. As Astrophil’s Muse implores ‘Look in thy heart and write’.

Note: This post first appeared as a series of posts (17 October, 2017 and 1 February, 2018) in the LSE Education Blog which has been discontinued. Posts from that blog will occasionally feature here in the From the Archive section

Colleen McKenna is an academic developer at the LSE and leads the PGCertHE Associate level (for GTAs) and Full level. Her research interests lie in assessment and feedback, open education, academic practice, academic literacies and digital texts. 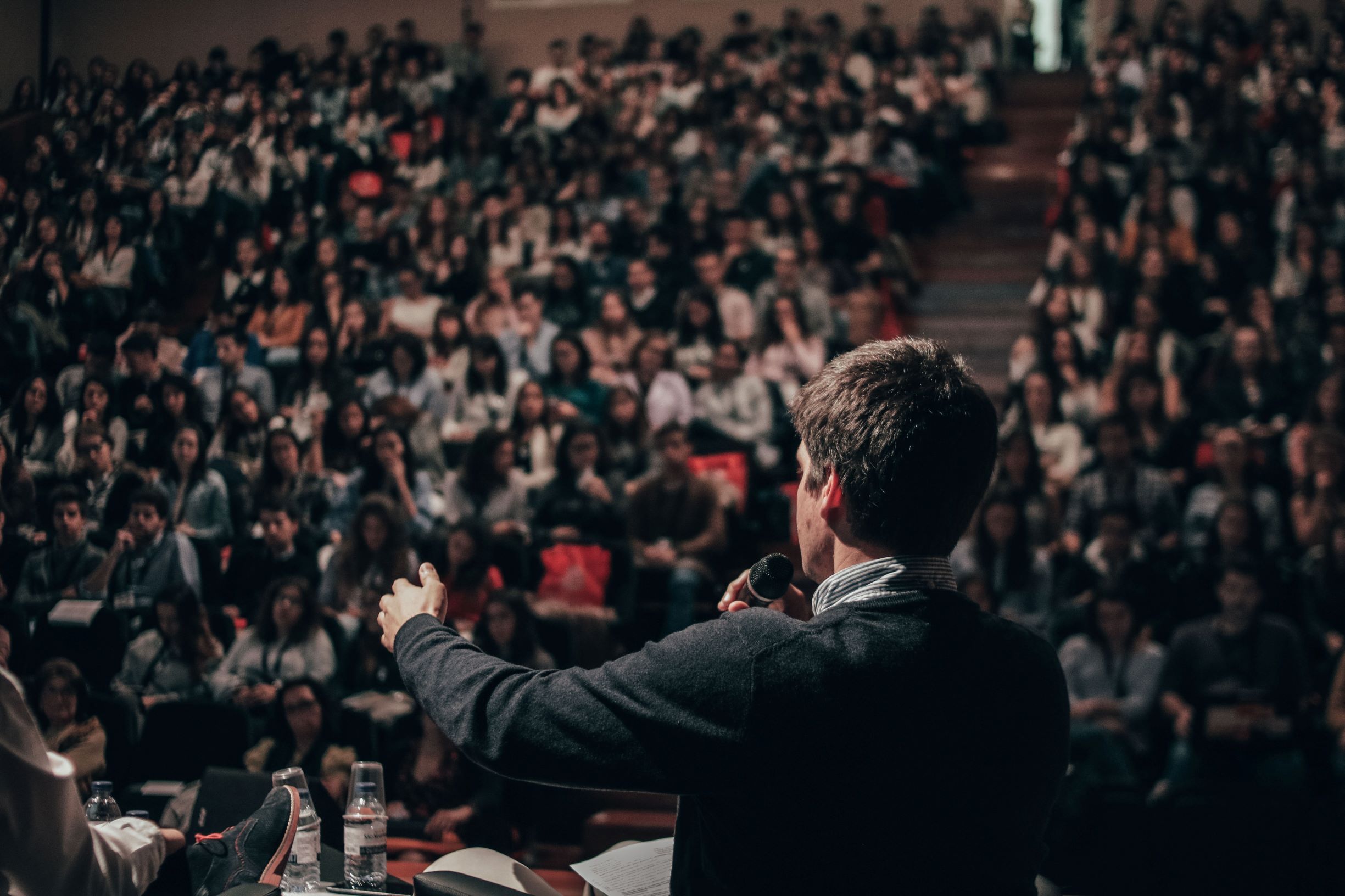 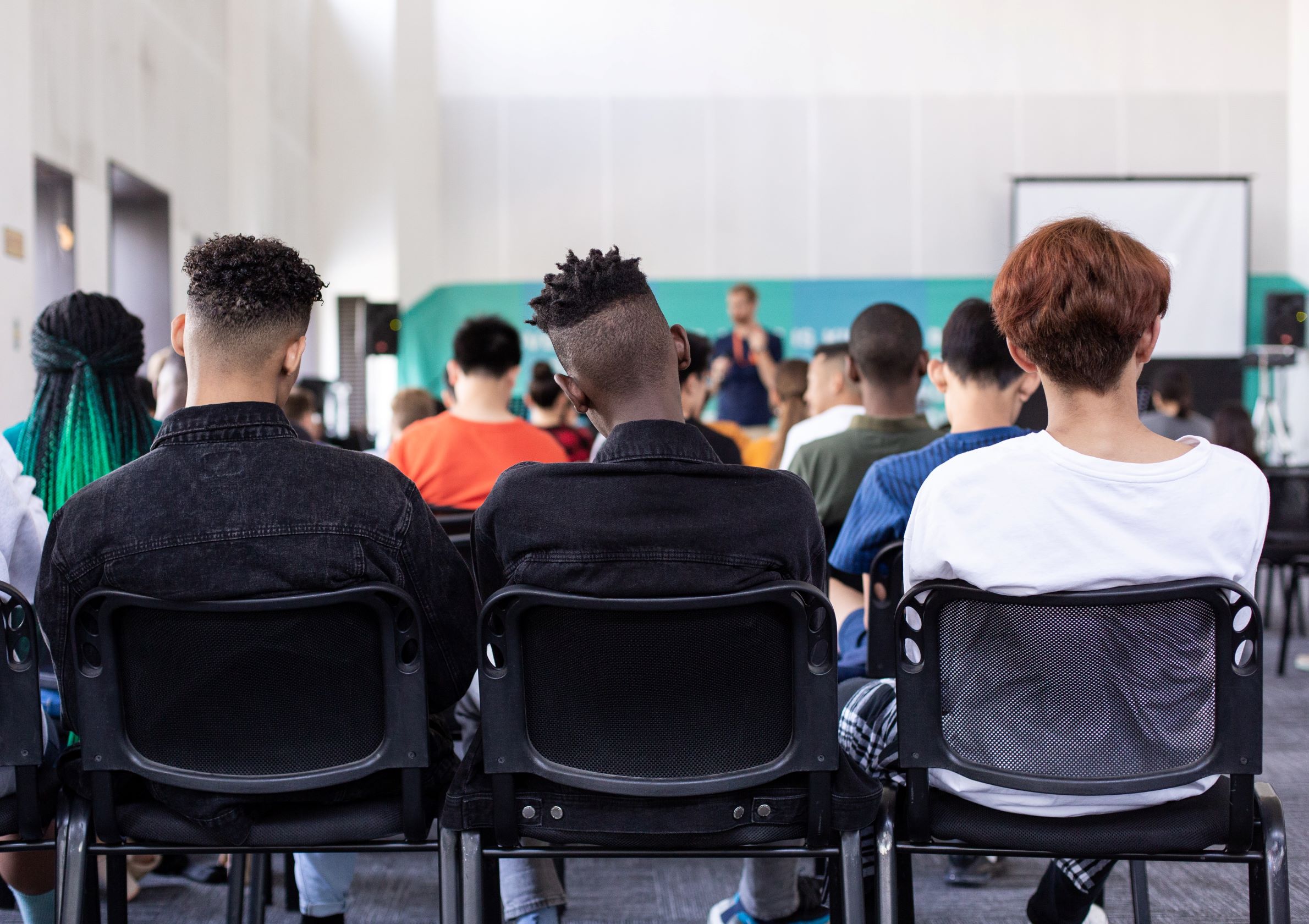 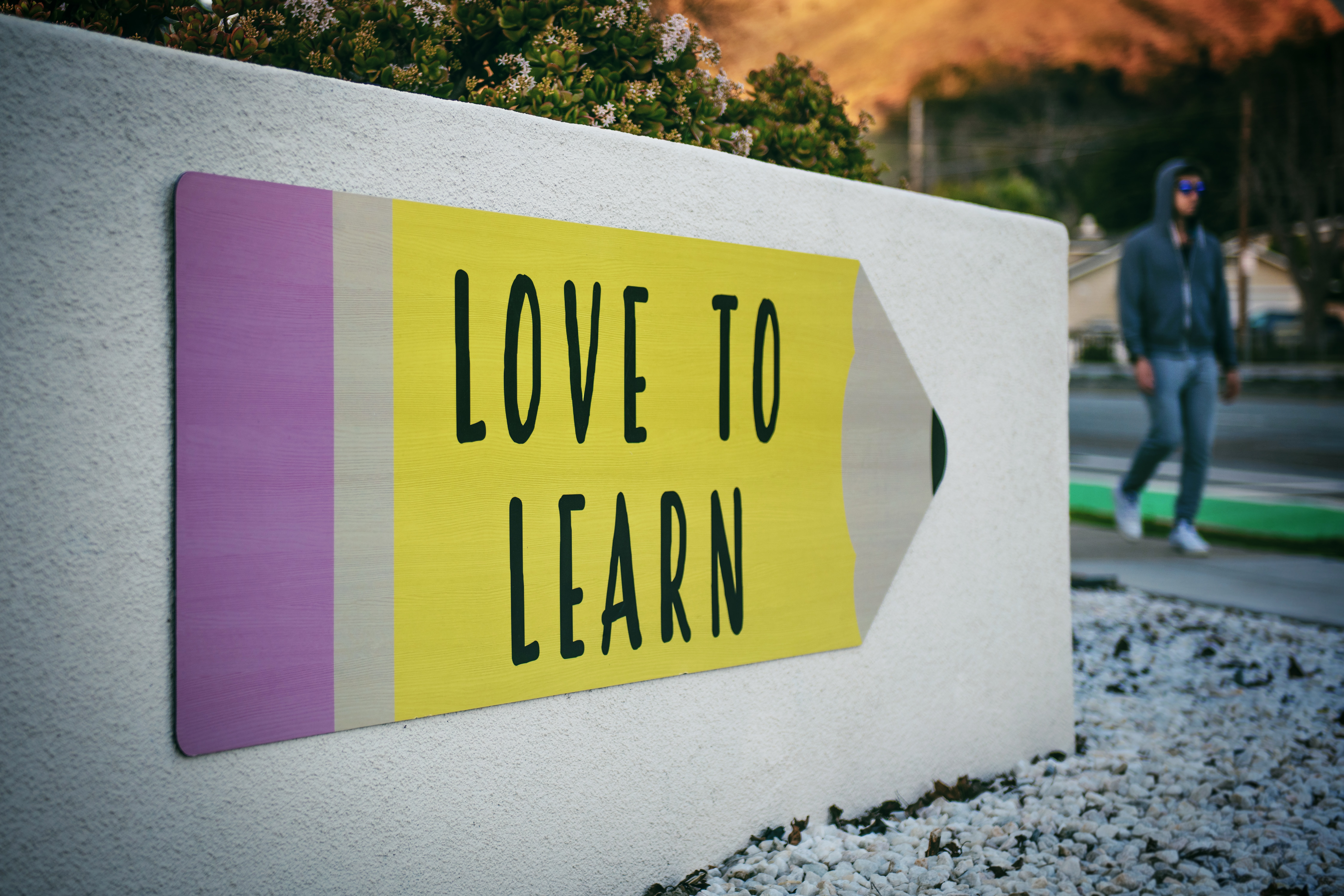 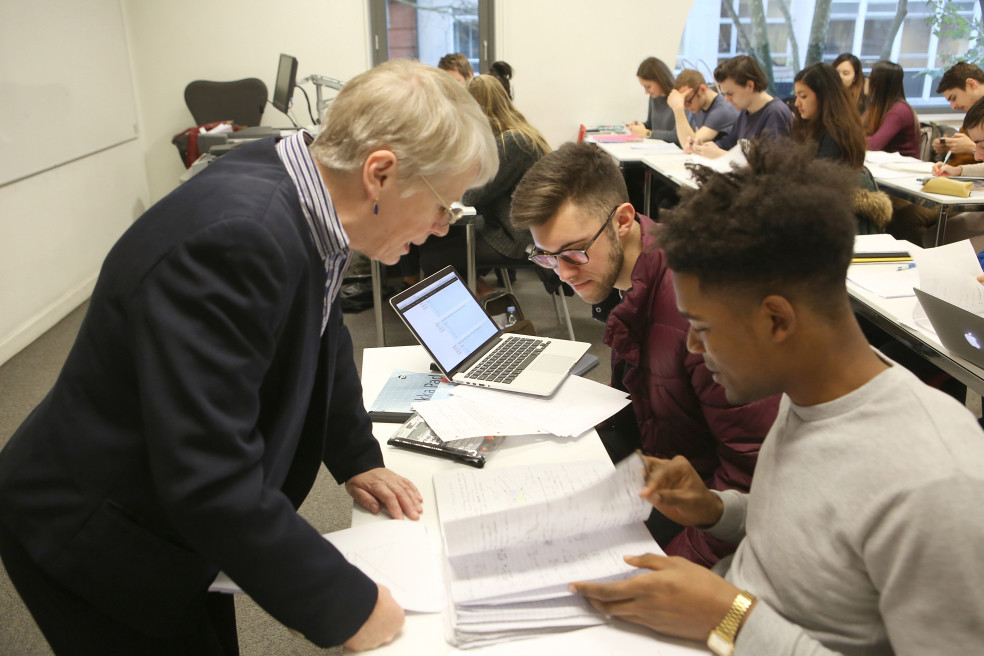