As a philosopher and bioethicist, Francesca Minerva, is no stranger to dilemma and debate. So how did she respond to arguably the biggest controversy in her life – career goals or the courage of one’s convictions?

In 2012, Alberto Giubilini and I co-authored a paper. In it, we argued that if abortion is morally permissible, then infanticide is also morally permissible. The reason why it is so, we claimed, is that both foetuses and newborns lack a set of capacities that are necessary in order to be attributed a right to life.

Although the choice of topic—not to mention the argument itself—might appear unusual, moral philosophers like ourselves have, in fact, devoted quite a substantial amount of work to debating what combination of essential features and capacities define an individual with a right to life. Even the title of the paper was a tribute to this tradition, entitled “After-birth abortion: why should the baby live?” It paid homage to and elaborated upon the work of Peter Singer and Helga Kuhse (among others) in their 1985 book Should the baby live?

Alberto Giubilini and I didn’t suspect that adding our contribution to a debate with a very long and respected tradition could cause much outcry, but we quickly realised that we were wrong. We had not considered one important difference between when Singer and Kuhse’s work on the topic was being published and the time when our paper appeared—namely, the advent of the internet, and of social media in particular. Within a few days of the article’s first appearance online, we found ourselves deluged with emails from people all over the world, who apparently felt the urge to convey not only that we were wrong in thinking that foetuses and newborns alike don’t have a right to life, but also that that they hated us, fantasised about watching us die in grisly ways, or even wished to torture and kill us themselves. Online newspapers, magazines, blogs and websites of all sorts started reporting the news of the two researchers wanting to “slaughter newborn kids” (as an article in The Sun suggested). The hundreds of readers’ comments to these articles were often not very different in style or content from the emails we were receiving at that time. Eventually, things calmed down a bit, but never completely. For instance, only a few weeks ago, I received an email from someone threatening to publish my home address unless I retract the now seven-year-old paper.

At the beginning, I was seriously concerned about these emails. I thought someone might actually act upon their threats and hurt me, or even kill me. But that fear disappeared within a few days, and got replaced by a much more realistic one, that is, the fear of having my career destroyed because of the paper.

Unfortunately, it turned out that this second type of fear was well founded. Indeed, to our surprise, an offer made to my co-author for a job in a prestigious ethics committee was quickly rescinded, even though he had been already asked to sign a contract.

Even worse, I wasn’t offered a permanent job in a philosophy department because, as I was told by a member of the panel, some colleagues were strongly opposed to the views expressed in the paper and for this reason opposed to hiring me.

In these two cases, the correlation between the loss of a job opportunity and the publication of the paper was made explicit by people in the hiring committee, but I suspect there have been many other cases in which we lost good jobs opportunities because people disagreed with us.  For instance, an anonymous blog post I found online told the story of junior female scholar who was not hired because of a controversial publication tackling abortion. As reported in the blog post, someone in the job committee raised the issue of academic freedom, and the answer was: ‘let her practice her academic freedom somewhere else.’ I suspect they were talking about me.

I can’t possibly know how many times I was refused a job because of my controversial views, whether it’s only the ones I have mentioned, or many more, but for a junior academic without a permanent job like myself, every lost job opportunity can make the difference between surviving or perishing in such a highly competitive profession. So far, I have been very lucky to get research grants, but I don’t know for how long I will keep being lucky, and this uncertainty doesn’t contribute to my wellbeing.

Given what I had been through, it shouldn’t be too surprising that I took an interest in academic freedom and threats thereto. At first, I thought the main problem was the over-simplistic representation of academic work by clickbait news media, paired with a general human tendency to react prematurely and aggressively to any remotely polarising content shared on social media. I thought that academics would start self-censoring themselves in order to avoid to get death threats, and that this fear would, in turn, have a negative impact on the quality of their research. But over time, I realised that social media were not the only threat to academic freedom, and that new threats were growing from within academia itself.

Over the past few years, some academics have started signing letters expressing disagreement and disapproval toward ideas published by their colleagues in peer-reviewed journals.  In at least in one case I am aware of, a junior academic ended up losing their post-doctoral fellowship at a prestigious university after an “investigation” prompted by one of these letters. I expect this kind of outcome to become more common in the future, since not many people seem to appreciate the seriousness of this episode and its likely negative impact on academic freedom.

So, we are now living at a time when people have to think twice before publishing their research, because they fear that a controversial claim could cause negative reactions in the public or among their colleagues and that such reactions could eventually cost them their job.

Expressing disagreement is, of course, an essential component of the academic work. But there must surely be more constructive ways of expressing disagreement—public debates in good faith, say, or writing a reply to a given article—than to sign a letter of philosophical disapproval. Signing a letter knowing (or even worse, hoping) that a colleague could be fired or forced to retract a paper is a completely different way of expressing disagreement, and one I consider to be harmful not only toward colleagues, but especially toward academia itself, in its capacity as an institution for advancing knowledge and promoting the truth.

In order to produce high quality research, people need to feel protected by their right to academic freedom to a much higher degree than they currently are. If by academic freedom we understand “the absence of, or protection from, such restraints or pressures (…) as are designed to create in minds of academic scholars (…) fears and anxieties that may inhibit them from freely studying and investigating whatever they are interested in, and from freely discussing, teaching or publishing whatever opinions they have reached’ (Machlup 1955, p. 753) then it’s easy to see how that the current situation is not ideal at all. Sometimes people try to downplay the seriousness of recent events saying that history is full of examples of researchers that were fired, persecuted and even executed because of their controversial ideas. While losing an academic job is obviously less bad than being killed, “it’s better than death” isn’t exactly a standard to which we should aspire.

The problem with lack of academic freedom is that it not only has a significant negative impact on people targeted by it, but that it also has major negative impact on academia as a whole, ultimately making it less likely to produce good research.

Academic research can only thrive when researchers are not scared of reaching unpopular conclusions, and when they are not worried about the possible implications of sharing their ideas with our colleagues and with the public. Of course, most good research isn’t necessarily controversial; but having the freedom to explore any idea and to ask any question is necessary to produce good research. Academics respond to incentives like the rest of us. The moment they start to self-censor out of fear of social and professional ostracism, they cease to do their job properly.

People have often asked me if I would write that paper again, knowing what consequences it would bring about. A few years ago, my answer was “I would, but I would wait to be tenured.” But I have now changed my mind: I would do it again; I wouldn’t change anything. Thanks to that experience, I have learnt about the importance of academic freedom; but most importantly, I have learnt that academic freedom comes before my career or anyone’s career for that matter. I think the world needs more academic freedom to make progress, to improve, to get closer to the truth, and not more scared academics. Even more importantly, we need to make it possible for academics to do their job without having to fear being fired, persecuted or killed. My own solution for the moment is that of rejecting fear – I just refuse to be scared. I know bad things can happen to me, of course; but I also know that a big part of my job is not focusing on these possible negative outcomes but on what I really think. My research is my priority, not my career. In the long run, I hope that being fearless won’t be a requirement for people interested in academic research, and that people with controversial ideas will be able to publish their papers without having to wonder whether it will cost them their jobs. For this reason, I am also trying to promote the idea that academic freedom is an essential component of this profession, and that we all need to learn to deal with controversial ideas, with uncomfortable questions and hypotheses, and with painful truths. If we don’t, our civilisational progress is in peril. We have come a long way as a civilised species. We have unprecedented understanding of the world and of the creatures inhabiting it, but that progress and knowledge was not obtained without cost, and further progress will also come at a price. But it’s a price we should be happy to pay, given the enormous potential benefits.

Francesca Minerva, PhD is FWO Post-doctoral fellow at the University of Ghent, Belgium 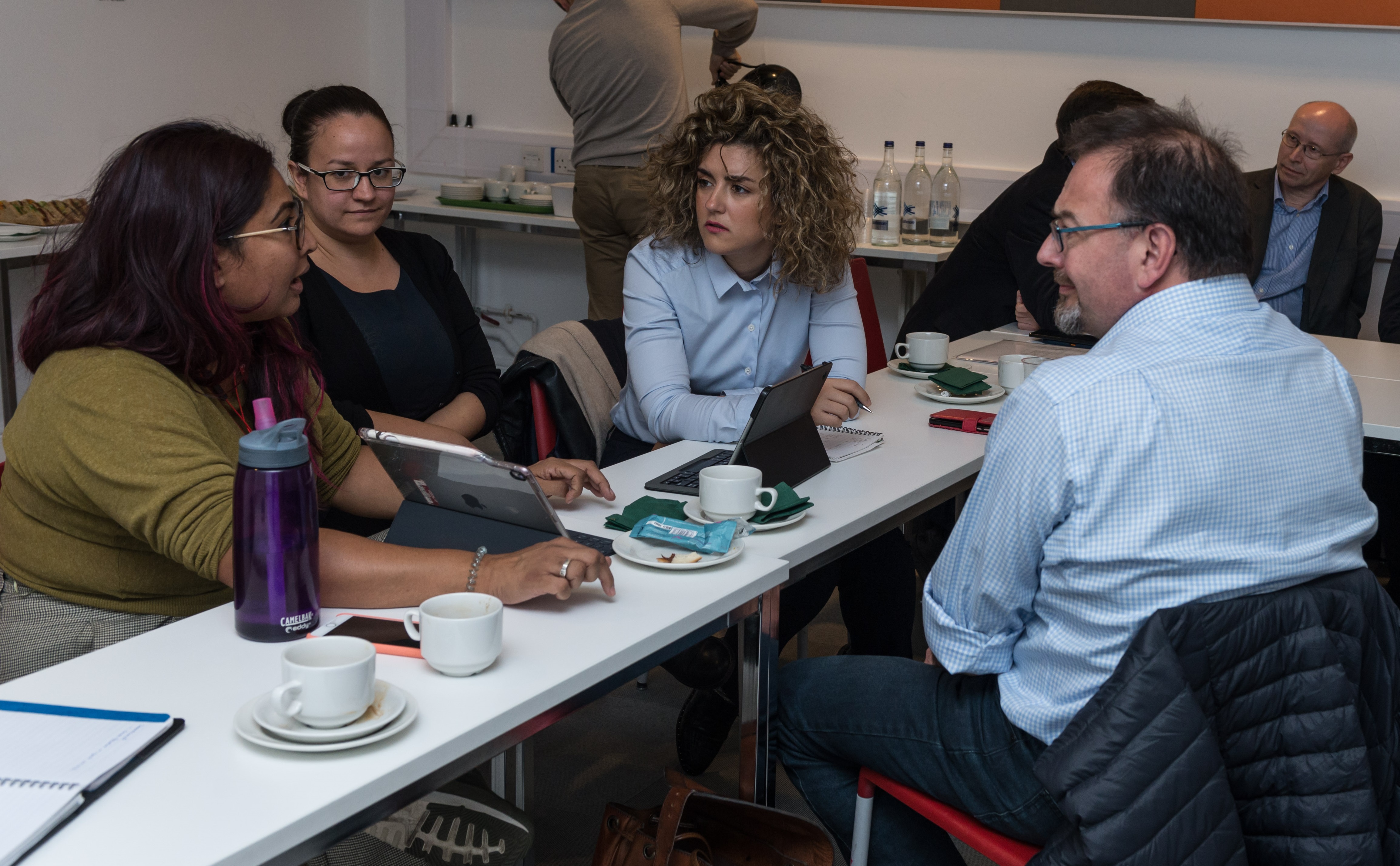 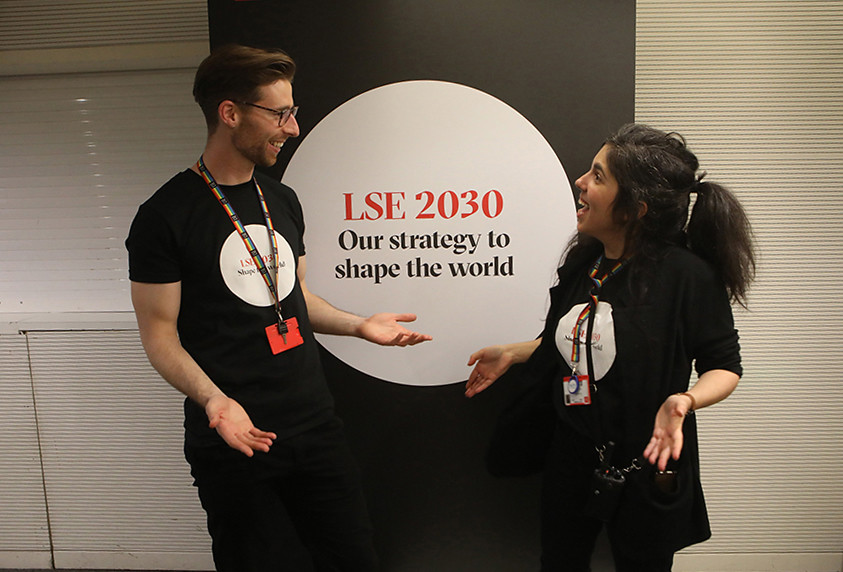 Dialogue for a better world