The relatively low representation from libraries at the recent Beyond the PDF conference prompted Lukas Koster to reflect on the intermediary role of libraries in scholarly communication. He argues that improved communication between researchers and libraries is needed to adequately respond to the changing information systems landscape.

The BeyondThePDF2 conference, organised by FORCE11, was held in Amsterdam, March 19-20. From the website: “...we aim to bring about a change in modern scholarly communications through the effective use of information technology”. Basically the conference participants discussed new models of content creation, content dissemination, content consumption, funding and research evaluation. Because I work for an academic library in Amsterdam, dealing with online scholarly information systems and currently trying to connect traditional library information to related research information, I decided to attend.

Academic libraries are supposed to support university students, teaching and research staff by providing access to scholarly information. They should be somewhere in the middle between researchers, authors, publishers, content providers, students and teachers. Consequently, any big changes in the way that scholarly communication is being carried out in the near and far future definitely affects the role of academic libraries. For instance, if the scholarly publication model would change overnight from the current static document centered model to a dynamic linked data model, the academic library discovery and delivery systems infrastructure would grind to a halt.

So I was surprised to see that the library representation at the conference was so low compared to researchers, publishers, students and tech/tools people (thanks to Paul Groth for the opening slides). No Dutch university library directors were present. Maybe that’s because they all attended the Research Data Alliance launch in Gothenburg which was held at the same time. I know of at least one Dutch university library director who was there. Maybe an official international association is more appealing to managers than an informal hands on bunch like FORCE11. A number of questions arise from this observation:

Are academic libraries talking to researchers?

Probably (or maybe even apparently) not enough. Besides traditional library services like providing access to publications and collections, academic libraries are more and more asked to provide support for the research process as such, research data management, preservation and reuse, scholarly output repositories and research information systems. In order to perform these new tasks in an efficient way for both the library and the researcher, they need to communicate about needs and solutions.

I took the opportunity and talked to a couple of scholars/researchers at BeyondThePDF2, asking among other things: “When looking for information relevant to your research topic, do you use (our) library search tools?” Answer: “No. Google.” or similar. Which brings me to the next question.

Do researchers know what academic libraries are doing?

Probably (or maybe even apparently) not enough. Same answer indeed. It struck me that of the few times libraries were mentioned in talks and presentations, it was almost always in the form of the old stereotype of the stack of books. Books? I always say: “Forget books, it’s about information!”. One of the presenters whose visionary talk I liked very much even told me that they hoped the new Amsterdam University Library Director would know something about books. That really left me speechless.

Fortunately the keynote speaker on the second day, Carol Tenopir, had lots of positive things to say about libraries. One remark was made (not sure who said it) that has been made before: “if libraries do their work properly, they are invisible”. This specifically referred to academic libraries’ role in selecting, acquiring, paying for and providing technical access to scholarly publications from publishers and other content providers.

Another illustration of this invisibility is the in itself great initiative that was started during the conference: “An open alternative to Google Scholar”, which could just as well have been called “An open alternative to Google Scholar, Primo Central, WorldCatLocal, Summon, EDS”. These last four are the best known commercial global scholarly metadata indexes that lots of academic libraries offer. Anyway, my impression that academic libraries need to pay attention to their changing role in a changing environment was once again confirmed.

Publisher and researchers talk to each other!

(Yes I know that’s not a question). In the light of the recent war between open access advocates and commercial publishers it was good to see so many representatives of Elsevier, Springer etc. actively engaged in discussions with representatives of the scholarly community about new forms of content creation and dissemination. Some of the commercial content providers/aggregators are also vendors of the above mentioned Google Scholar alternatives (OCLC – WorldCatLocal, Proquest/SerialsSolutions – Summon, EBSCO – EDS). All of these are very reluctant to contribute their own metadata to their competitors’ indexes. Academic libraries are caught in the middle here. They pay lots of money for content that apparently they can only access through the provider’s own channels. And in this case the publishers/providers do not listen to the libraries.

Why so many tools/tech people?

Frankly I don’t know. However, I talked to a tools/tech person who worked for one of the publishers. So there obviously is some overlap in the attendee provenance information. Speaking about myself, working for a library, I am not a librarian, but rather a tools/tech person (with an academic degree even). Tools/tech people work for publishers, universities, university libraries and other types of organisations.

There is a lot of interesting innovative technical work being done in libraries by tools/tech people. We even have our own conferences and unconferences that have the same spirit as BeyondThePDF. If you want to talk to us, come for instance to ELAG2013 in Ghent in May, where the conference theme will be “The inside-out library”. Or have a look at Code4Lib, or the Library Linked Data movement.

Besides the good presentations, discussion and sessions, the most striking result of BeyondThePDF2 was the start of no less than three bottom-up revolutionary initiatives that draw immediate attention on the web:

We can make it work.

This was originally published on Lukas Koster’s personal blog and is reposted with permission.

Lukas Koster is Library Systems Coordinator at the Library of the University of Amsterdam, responsible for digital library information systems. After  a sociology degree and additional training in ICT, he worked as systems designer and developer in institutions of higher education and scientific information. Since 2003 he has been working with library search and discovery systems at the National Library of the Netherlands and the University of Amsterdam. Lukas is interested in all things data: metadata, linked data, open data, and believes that knowledge is based on connecting information.

Lessons from civil society: how a ‘Theory of Change’ can help tell a bigger impact story. 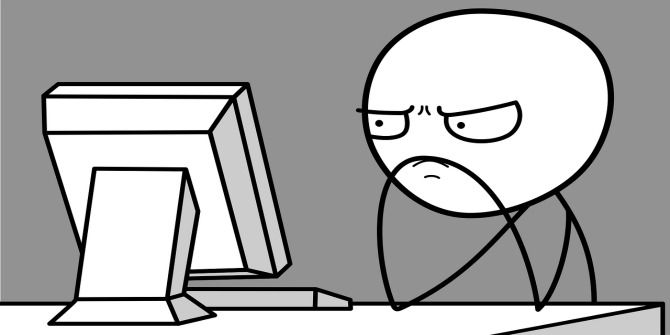 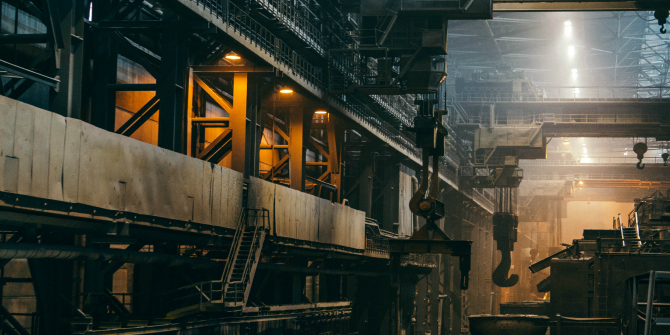