Last month a team of UK academics launched an initiative called the Evidence Information Service (EIS), which seeks to enable rapid dialogue between researchers and policy makers. The initial stage of the EIS includes a citizen-led consultation in which constituents interview their elected politicians, together with a controlled experiment in the UK Parliament. In this post the founders of the EIS describe the response so far and the challenges that lie ahead.

Evidence-based policy can be a tricky and tortuous business. Policy makers want evidence to be clear, straightforward, and pointing to clear decisions. They want evidence to answer questions – their questions – at the right time and not address different questions or raise more questions. In real life, of course, evidence doesn’t always conform to our expectations. Evidence can be uncertain, complex, inconvenient, and daunting to comprehend, both intellectually and morally. It isn’t even clear what counts as evidence, what doesn’t count, and how much it should be trusted.

If evidence is so hard to handle, is it any wonder our elected representatives struggle with the task of making sense of it all, either cherry picking what they need at a given moment or giving up on it altogether? Politicians make easy targets when they ignore or abuse evidence, but perhaps those of us who work with evidence every day – the scientists and researchers who generate it in the first place – have a greater responsibility to see that it is communicated as clearly as possible. It is from this premise that, following a year of wide consultation, we have decided to launch a new UK Evidence Information Service.

The EIS will be a rapid matchmaker for connecting politicians with thousands of UK researchers in science, social science, and the humanities. It will work in two modes. The reactive mode will respond within 24 hours to specific queries raised by politicians or civil servants, putting them in direct contact with a large database of specialist experts. Meanwhile the proactive mode will draw on the expertise of the Parliamentary Office of Science Technology* to prepare briefings on topics of parliamentary debate. The rationale behind both modes is that to get evidence on the map we not only have to make it accessible, we need to make ourselves – the academic community – more accessible to the policy makers.

One of the greatest challenges in setting up a service of this scale is ensuring that it indeed fills an unmet need, and that means finding out what politicians want. But getting politicians to discuss their handling of science and evidence is no mean feat. When the Parliamentary and Scientific Committee asked MPs about their use of science and evidence, they received just 12 responses from the 650 sitting members contacted. And that was for a 5-minute email survey launched from within Parliament itself by fellow parliamentarians.

We decided early on that contacting politicians ourselves on a mass scale would be just as futile. Politicians are extremely busy and likely to ignore contact from people outside their constituency – and some are wary of university research. So to find out what we need to know the first part of the EIS initiative is citizen-led, with interested constituents themselves conducting the interviews on our behalf. Our local champions are finding out how politicians are using evidence and how the EIS could make that process more appealing, faster, and easier for them.

As far as we know, this is the first time a research project about evidence-based policy has called on the public as citizen researchers, and so far it is working nicely. Since the launch we have recruited nearly 100 local champions, with many interviews already completed, although we still need hundreds more to cover the entire UK. Once the study is finished, we’ll use the results to shape the EIS and we’ll publish the results in an open access journal.

Alongside the consultation exercise we also need to gather more direct evidence that the EIS is worthwhile and will actually influence political debate. For this part of the project our test bed is the UK Parliament. Over several months we plan to supply MPs with succinct, expert-led briefings about specific subjects in advance of parliamentary debates. We’ll then study the effect of these briefings by comparing the content and tone of the debates that received the briefings with a control group of debates that received nothing. Our hope is that, compared with the status quo, the debates exposed to EIS briefings will be more accurate and richer in evidence-based content.

Once these research projects are completed we’ll be poised to launch an operational version of the EIS. However, there are other challenges that need addressing in the meantime. Foremost of these is the task of ensuring that politicians and researchers use the service in good faith. We need good governance and a strict code of conduct to ensure that researchers don’t abuse the service for lobbying or advancing private interests.

At the same time, legitimate questions have been raised about how we could ever stop politicians from cherry picking “policy-based” evidence from the EIS, just as they can with any source of information. The short answer is that we can’t – the EIS will create the opportunity for politicians to have evidence on tap, but it isn’t an enforcement system. Only the wider electorate can hold politicians accountable for rational decision-making and we must, at all costs, avoid casting the EIS as a judge or jury.

One practical way to limit cherry picking would be to design the EIS as a fully transparent web interface – that way the public could see in real time whether a decision allegedly based on evidence reflects the information that was provided. On the other hand, we need to ensure good uptake from politicians, who may fear that full transparency would be exploited by political opponents and the media. The interviews being conducted by our local champions ask specifically about this issue and should help settle on the right balance. An extended Q&A about the Evidence Information Service that addresses this and related issues can be found here.

Wherever it finally lands, the EIS project is already taking us into new territory. We welcome further discussion about how to best shape it, and are indebted to the many local champions, from across the UK, who have donated their time to helping us so far. Please consider joining them as we add a new ingredient to the recipe for evidence-based policy.

* Please note that the Parliamentary Office of Science and Technology (POST) has no formal link to the EIS initiative, and that this study is not part of the research programme being run by POST’s Social Science Section looking at the role of evidence in Parliament. However, POST is always happy to provide informal advice about its work and approaches and interested in the work of others in this area. For more information please contact Dr Abbi Hobbs on hobbsa@parliament.uk.

Future of Impacts: ‘How to’ guide to social media, podcasting, blogging and writing your REF impact case study 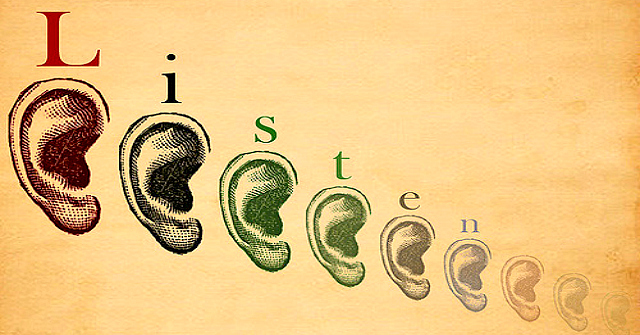