The UK has an established and influential think tank sector, with research organisations across the political spectrum providing a constant stream of political and policy ideas, setting the agenda, and influencing the media’s reporting of events. Here, Hartwig Pautz looks at exactly who these organisations communicate with most frequently, and shows that the sector is surprisingly reticent in communicating with elected politicians, with the partial exception of Members of Parliament.

British politicians, journalists and everybody else interested in policy have little reason to complain about a lack of available policy expertise. In particular, they find the UK’s political world populated by over 200 think-tanks. These organisations – most of them small in terms of staff and with relatively moderate financial resources – analyse current and anticipated policy problems by producing new research and using existing work, they provide stories for the media and advise politicians in government or in opposition, they are present at party conferences and corporate events. The central aim of all this is to influence the policy debate.

In order to perform all these activities think-tanks communicate and cooperate with actors from politics, media, academia, labour and capital. From these fields, who are the most important communication and cooperation partners? This is the question that the remainder of this contribution tackles by presenting excerpts from a recent study. A full discussion can be found in my recent article in Politics. The data presented was generated in an e-survey with sixteen domestic policy focussed think-tanks based in Britain – a very small sample so that all conclusions must be drawn with caution.

The think-tanks that participated in the survey were either of the ‘advocacy’ or ‘academic’ think-tank type, according to McGann and Weaver’s oft-used typology. The latter type is characterised by heavy reliance on academics as researchers and a stress on objectivity and non-partisanship. Advocacy think-tanks combine a strong ideological bent with explicit efforts to influence current policy debates. Their output is less academic and often consists of repackaged and synthesised existing material. 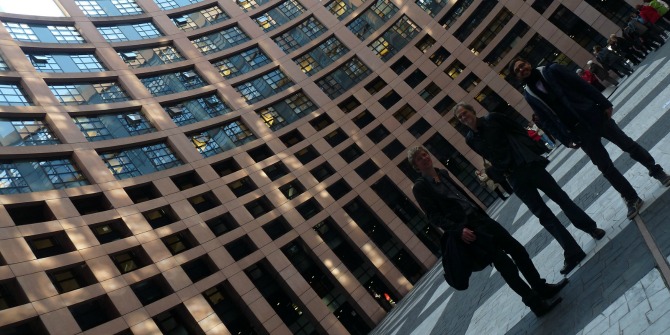 Sometimes think-tanks are referred to, in the literature, as policy transfer agents. For this reason, survey respondents were asked about their transnational communicative and collaborative networks. Overall, British think-tanks appear rather reluctant when it comes to working with organisations outside the UK. Other think-tanks, the EU Commission and universities are among the more frequent cooperation partners for advocacy think-tanks but even then only between 33% and 12% of respondents say that they cooperate very frequently or frequently with these actors.

Does this reluctance stem from a lack of interest in ideas from outside the UK? Here, a self-description of think-tank researchers was elicited. When asked ‘How would you characterise the interest of your organisation for ideas and inspiration coming from outside the UK?’ just under 75% of respondents at advocacy think-tanks and 83% of respondents at academic think-tanks said they had ‘strong’ or ‘very strong’ interest in policy developments in other countries. Among the countries which are most interesting for British think-tanks to observe are the US, Germany, Sweden, Norway, France and also China and India, as respondents indicated. What exists in terms of cooperation with think-tanks in these and other countries is mainly inspired by, for advocacy think-tanks, ‘exchange of ideas’, ‘learning from others’ and ‘promotion of an idea’. A slightly different picture emerges from the data for academic think-tanks. While ‘exchange of ideas’ and ‘learning from others’ are also the two most important reasons to seek cooperation with think-tanks outside the UK, ‘influencing others’ and ‘acquiring funding’ are more important.

What can we make of these findings? Certainly, questions for further enquiry arise from the observation that there is often little interaction between think-tanks and elected politicians. Could these representatives be better-informed about policy developments and be better connected to other actors? Are elected representatives in Britain able to draw from a sufficient pool of expertise to do their job, in particular when faced with crises of the magnitude of the ‘Great Recession’? Why was devolution not followed by the emergence of a devolved think-tanks landscape to help with sub-state building? Do other types of experts full think-tank functions in the devolved nations?

Research on think-tanks and their role in a democratic society certainly has still a lot of important and exciting insights to offer.

Hartwig Pautz is a lecturer at the University of the West of Scotland. 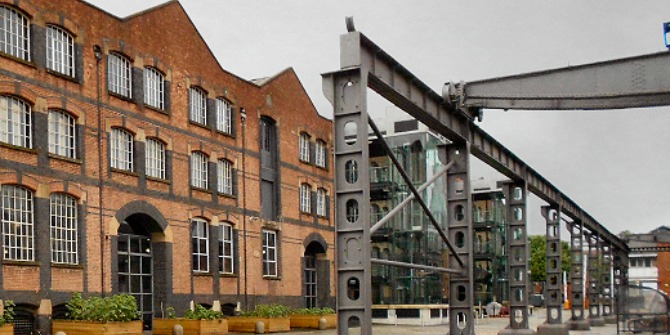