Unpaywall, a web browser extension that links users directly to free full-text versions of research articles, was launched in April. Heather Piwowar and Jason Priem of Impactstory, the team behind Unpaywall, report on the successful pre-release phase, and explain how two decades of investment, a slew of new tools, and a flurry of new government mandates have helped build a powerful momentum behind green open access.

Using open data and open services, a large-scale study of the state of open and free access has found both the number and proportion of articles freely available to the public is growing, having reached 45% of the literature published in 2015. Juan Pablo Alperin reveals more about this study and suggests we are at the beginning of a new era of large-scale, big data research on the state of scholarly publishing and public access to research. Services such as Unpaywall allow us to see what research people are trying to access, as well as that which is already freely available, and this again shows almost half of overall demand being met by some type of open access.

Much of the rhetoric around the future of scholarly communication hinges on the “open” label. In light of Elsevier’s acquisition of bepress and the announcement that, owing to high fees, an established mathematics journal’s editorial team will split from its publisher to start an open access alternative, Jefferson Pooley argues that the scholarly communication ecosystem should aim not only to be open but non-profit too. The profit motive is fundamentally misaligned with core academic values, potentially corroding ideals like unfettered inquiry, knowledge-sharing, and cooperative progress. There are obstacles to forging a non-profit alternative (e.g. sustainable funding; entrenched cynicism) but such a goal is worthy and within reach.

A recent report from Jisc showcases the upward trend in universities and academics setting up their own presses in an environment increasingly dominated by large commercial publishing houses. Following up on the recommendations arising from this report, authors Janneke Adema and Graham Stone put forward some ideas on how to best support these new initiatives through community and infrastructure-building.

The problem of how we should transition to open access is now urgent. The current situation is one of exorbitant subscription journals and expensive open-access ones, and to address it requires organised action from academics. The Fair Open Access Alliance, set up to facilitate the conversion of existing subscription journals to open access, is an example of such organisation. Alex Holcombe and Mark C. Wilson outline the group’s five Fair Open Access Principles and encourage all librarians, researchers, and administrators to work together to secure agreement to cancel subscriptions and to pool funds to pay for open access infrastructure.

There is currently little incentive for researchers to share their data. But what if it was enough for journals to simply ask authors to make their data available? Michèle B. Nuijten reports on a recent study that found journal policies that encourage data sharing to be extremely effective, with a steep increase in the percentage of articles with open data from the moment these policies took effect. Even something as seemingly frivolous as offering a badge to display on your paper as a reward for sharing data can have a transformative effect, not only on the overall availability of data but also on its relevance, usability, and completeness, as well as on the rigour and quality of science as a whole.

In a complex, evolving scholarly communications environment, it is more important than ever for researchers to have access to information and support resources relating to copyright and intellectual property rights. However, many among the academic community continue to view copyright as something of a problem and difficult to engage with. Experimenting with new ways to communicate and critically examine the challenges and opportunities copyright presents to researchers, Chris Morrison and Jane Secker have created The Publishing Trap, an exciting new board game through which players learn about the relationship between knowledge, impact, and money, and how choices they make about their intellectual property will prove central to their academic success.

Open-access journal articles have been found, to some extent, to be downloaded and cited more than non-OA articles. But could the same be true for books? Carrie Calder reports on recent research into how open access affects the usage of scholarly books, including the findings that OA books are, on average, downloaded seven times more, cited 50% more, and mentioned online ten times more. A number of accompanying interviews reveal that authors are choosing open access routes to publish their books not only because of wider dissemination and easier access but also for ethical reasons.

Open access debates are increasingly focused on “how” rather than “why”. Tony Ross-Hellauer and Benedikt Fecher present two possible scenarios for an open access future, consider the relative merits and viability of each, and invite your input to the discussion.

Three ways to support the democratisation of academic journals

Much of the move towards open access in academic publishing has been funded by article processing charges. However, in recent years APCs have risen by 6%, making them prohibitively expensive for some of the academic and non-profit institutions primarily funding them. Reporting on a recently published white paper, Danielle Padula argues that in order to rein in journal prices and facilitate open access, journal publishing must be democratised. We can all support this endeavour by rethinking how journals should be published, getting involved in developing non-profit alternatives, and by helping to increase awareness of the need for a sustainable open access future.

Some of the most basic functionalities to be expected of a digital object continue to elude scholarly articles, making the literature much less useful than it could be. Björn Brembs has compiled a list of seven such functionalities that academic publishers looking to modernise might invest in; from unencumbered access and improved social components, to dynamic data visualisations and more precise hyperlinking.

Access to PDFs of research papers is too often overly complicated and restricted. Canary Haz, a free browser plugin that helps researchers access the PDFs they need with just one click, has been released in response to this frustration. Peter Vincent, one of the co-founders, explains a little more about how Canary Haz works, while also encouraging feedback from the wider research community.

The open access movement has failed. Self-archiving and open-access journals are struggling to deliver 100% open access and probably never will. Moreover, readers, the curious minds it was hoped research would be opened to, have been marginalised from the debate. Toby Green suggests an unbundling of the often disparate, distinct services required by readers and authors; a new model for scholarly communications based on Doctor Dolittle’s “pushmi-pullyu”. The specific needs of authors preparing their papers and data for publication can be serviced on one side of the pushmi-pullyu; while on the other, freemium services ensure research is discoverable and readable by all, without payment, and a premium layer of reader-focused services ensures the evolving needs of readers are met.

The 2016 introduction of HEFCE’s open access research policy and specifically its “deposit on acceptance” message has led to a large volume of restricted-access items being placed in institutional repositories. Dimity Flanagan reports on how LSE Library’s “request a copy service” has offered would-be readers a way to overcome this obstacle to research, and how the data the service provides offers rich insights into what items are being requested, where from, and even a glimpse into how they might be used.

Benedikt Fecher and colleagues previously envisioned a European Open Access Platform, an innovative public information infrastructure that would integrate publishing and dissemination into the research lifecycle, rather than having it outsourced. Tony Ross-Hellauer describes how OpenAIRE is working to make this vision a reality, and how it can contribute further to create a participatory, federated open access platform.

Advocates of open access (OA) argue that being freely available gives OA articles a citation advantage over pay-to-access-only articles. Indeed, while results are mixed, available research does tend to support that argument. However, is this advantage enough to overcome other factors that affect individual scholars’ citation rates, such as gender, race, and academic rank? Amy Atchison has conducted research into whether Green OA can counter the gender citation advantage enjoyed by men in political science and results show that self-archiving does significantly help women. 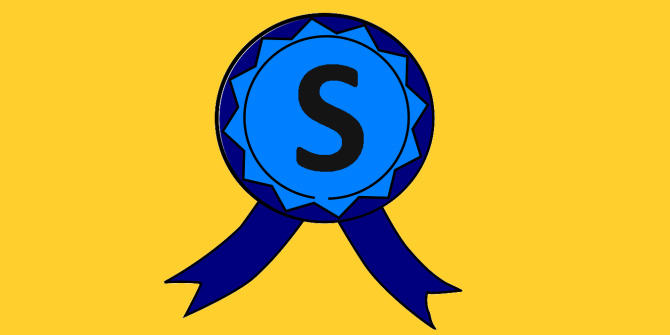