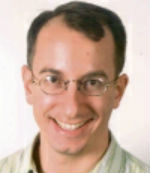 Dr Elliott Green is an Associate Professor of Development Studies in the Department of International Development.

This past summer’s bombings in Gaza by the Israeli Defence Force have once again brought numerous comparisons between apartheid South Africa and contemporary Israel.  A close look reveals some surprising similarities.

The comparison between apartheid South Africa and contemporary Israel has become extremely common in recent months, not least in a controversial statement by US Secretary of State John Kerry.  Yet there are already many similarities between the two states which are often neglected in the media.  In this first of two posts I examine the similarities between the apartheid regime and the current conflict in Israel/Palestine; in a second post I will do the same for the resolution of both conflicts.

The first notable similarity between the two conflicts is that in both cases the regime in power is governed by the descendants of European settlers, many of whom flew from persecution in Europe.  In apartheid South Africa the dominant group was the whites, within which the Afrikaner group dominated politically over the Anglophone minority. Many whites are of Dutch descent; numerous others, however, are the descendants of French Huguenots who emigrated after the Edict of Nantes in 1685 made Protestantism illegal in France.  (South Africans of Huguenot descent include two apartheid-era Prime Ministers, DF Malan and FW de Klerk, as well as the actress Charlize Theron.)  South Africa also accepted numerous European Jewish migrants and refugees in late 19th and early 20th century; prominent South African Jews include the recently deceased Nobel-Prize winning novelist Nadine Gordimer and numerous anti-apartheid activists like Denis Goldberg, who was the only white South African sentenced alongside Nelson Mandela in the famous Rivonia trial of 1964.

In Israel the dominant group is the Jews, who, as with the whites in South Africa, are not a homogenous group; indeed, until recently Mizrahi or Middle Eastern Jews comprised the vast majority of the Jewish population of Israel.  However, as in South Africa it is the descendants of European settlers who are politically dominant, inasmuch every Prime Minister and all but one President of Israel have been of European descent.  Large numbers of Jews who settled in Israel fled from anti-Semitism and the Holocaust in Europe, anti-Jewish persecution in the Middle East, and more recently from discrimination in Ethiopia and the USSR/Russia.

The result in both cases has been something of a split personality among the settler population.  On the one hand, the settlers can respond to claims that they are foreigners by noting that they and numerous generations of their ancestors were born and raised locally, and that this is the only home they have.  On the other hand, however, many settlers have continued to maintain their status as part of the western world, distinct from other neighbouring states; hence former South African Prime Minister Henrik Verwoerd’s claim that South Africa was “part of the White man’s domain in the world,” while today Israeli Foreign Minister Avigdor Lieberman has advocated for Israeli membership in both NATO and the EU.

Second, in both cases the settlers encountered native inhabitants, whose land they managed to acquire over a period of time.  Subsequent nationalists in both cases attempted to portray this land as largely empty when the settlers encountered it.  In South Africa, apartheid ideologists justified the grant of only 13% of the country’s territory to indigenous Africans due to the erroneous assumption that Bantu-speakers (as opposed to the small numbers of Khoi and San inhabitants) only migrated into South Africa at the same time as the white settlers in the 17th century.  In Israel many Zionists have similarly claimed that the land was sparsely settled by recent Arab migrants from other parts of the Middle East – which meant, in the words of the late Israeli Prime Minister Golda Meir, that “there is no such thing as a Palestinian people.”

Third, the states of Israel and South Africa were both created in the early 20th century as functioning multi-party democracies.  Yet in both cases the indigenous minority was limited in terms of its citizenship rights.  In the South African case non-whites were eventually herded into economically unviable homelands policed and guarded by the settler state and ruled by corrupt governments.  Indigenous peoples had no political rights in South Africa; instead they were to be citizens of the homelands, whose sovereign status was never recognized outside South Africa.

In the case of Israel the fate of the indigenous Palestinians has been twofold.  The situation for those who live in the Palestinian territories taken over by Israel in 1967, also known as the occupied Palestinian territories (OPT), has been compared to the South African Bantustans numerous times.  Indeed, as in South Africa the external borders of the OPT are entirely controlled by Israel while they are ruled over domestically by their own corrupt governments.  Due to Israeli checkpoints and the West Bank barrier wall, the West Bank is effectively split into six distinct units, comparable to the way both the Bophuthatswana and KwaZulu Bantustans were split into seven different territories.  As my colleague Robert Wade pointed out in a recent post on this blog, unemployment remains incredibly high and wages low in the OPT, with the result that the ratio of Jewish Israeli income per capita to OPT income per capita is today around 11:1, comparable to the 12:1 ratio between South African whites and blacks during apartheid.  In fact in some ways life in the OPT is worse than it was in the apartheid Bantustans, where strict domestic gambling laws did not apply and the government of Bophuthatswana could thus open up the Sun City casino and draw huge revenues from visiting white South Africans.  (In this sense Bophuthatswana was actually more comparable to a Native American reservation than to the OPT.)

However, in contrast to both residents of the OPT and the apartheid Bantustans, Israel has allowed its Arab minority (comprising about 21% of its population) to take up Israeli citizenship.  Arab Israelis have their own political parties and many have become notable citizens, taking up positions in the Knesset, cabinet, Supreme Court, foreign service, police and Israeli Defence Force (IDF), as well as the Israeli men’s national football team.  Thus Israeli Arabs today enjoy far more rights than blacks ever did within apartheid South Africa.

Yet, while Arab Muslim citizens are allowed to join the IDF, unlike Jewish (and Druze) Israelis they are not conscripted.  This has meant that many of the benefits tied to military service – such as lower mortgages, preferential hiring, and better access to financial aid and housing in university dormitories – are not available to Muslim Arabs who don’t voluntarily commit years of their life to the IDF.[1]  (At three years for men and two for women, Israel has the longest compulsory military service in the world after North Korea.)  Even more importantly, like elsewhere conscription in Israel serves the purpose of nation-building by bringing men and women from disparate backgrounds and classes together for a common purpose.  For a country where the military features so much as a part of day-to-day life – which has been ranked by at least one organization as the most militarized country in the world – the fact that Muslim Arabs are exempt from military service serves only to exclude them from membership in the Israeli nation.

Israel thus remains the only country in the world to have military conscription that exempts certain citizens on an ethnic basis. No guessing which country was the last to eliminate military conscription along ethnic lines – it was, of course, South Africa, which ended whites-only conscription in 1993.  As in South Africa the reasons for not conscripting Muslim Arabs in Israel are obvious: the Israeli government is fully aware of how an attempt to conscript Muslim Arabs and potentially force them to kill Palestinians could lead to mass revolt and political instability, as briefly seen in 2012 when discussion around making non-military national service compulsory for Arabs led to a huge uproar.

A fifth and final similarity between Israel and apartheid South Africa is the nature of the uprising itself.  In both cases indigenous people have risen up violently against the governing regime only to face suppression by a powerful military regime (which in both cases developed nuclear weapon capabilities, unique to each country’s region) and the branding of those leading the violence as “terrorists.”  Indeed, just as Prime Minister PW Botha notably stated in 1985 that he would release Nelson Mandela from prison only if Mandela promised to cease support for violent revolution, so too have various Israeli leaders told Palestinians that peace could come if only they were to cease violence against Israel.  In both cases the leaders did not foreswear violence, which has led both organizations to share the distinction of being listed as terrorists by the US State Department, which in the case of the ANC was not lifted until 2008.

[1] Currently about 20 Arab non-Bedouin citizens volunteer for the IDF per year, out of a total population of 1.7 million.