MSc Social Policy and Development alum, Asmat Kakar, looks at how service delivery can be improved for the poor and marginalised population of the Pakistan.

Pakistan is a developing country and world’s sixth  most populous country with more than 64 percent under the age of 30 and brags the world’s fifth largest nuclear weapons state with 140 to 150 nuclear warheads and the stock is anticipated to increase to 220 to 250 by 2025 if the current trend lingers on.  However, its  poor socioeconomic indicators place it among the bottom up countries with  an estimated 22.8 million children aged 5-16 are out-of-school,  approximately 70 per cent of households still drink bacterially contaminated water, 25 million people yet practice open defecation, ranks third among countries with the most (40%) unvaccinated and under-vaccinated children, and 39 per cent populations live in multidimensional poverty.

Today, with aforementioned extremely bad socioeconomic indicators, government of Pakistan under its flagship Ehsaas Programme, envisioned on the idea of Welfare State of Madinah, is making a big push to improve social sector service delivery by investing billions of rupees for better education, healthcare and other services for the poor and marginalized population of the country. But, without a robust delivery mechanism in place, delivering social services to a vast and extremely poor rural populace is challenging.

The programme also works on mobilising communities and equipping them with the information, means and resources to improve these indicators in the targeted union councils. This is done by a holistic combination of enabling demand and supply sides approaches using community accountability and coordination with local government and line departments to ensure that the public sector consistently provides basic social services. 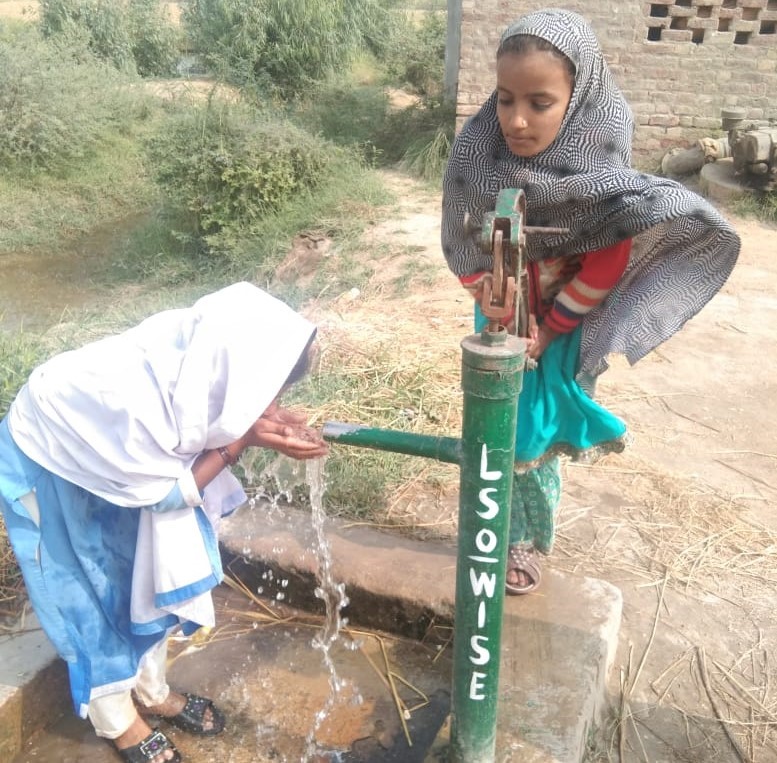 NRSP’s success in improving these social services under WISE Programme in district Tando Muhammad Khan, Sindh is  just because of  Community Driven Development (CDD) approach to service delivery in rural areas. Community Driven Development (CDD), during the last five decades, have evolved as an effective and apparently cheaper delivery mechanism for social services that works directly with rural poor communities. CDD is a bottom-up approach which gives voice to the marginalized and poor rural populations and involves them directly as partners in development planning.

It is a two-step approach which not only engages community institutions, such as Community Organisations (COs), Village Organisations (VOs), and Local Support Organisations (LSOs), federations of VOs, in charge of identifying, implementing and maintaining their own development goals, plans and actions, but also focuses to collaborate with the local government and line departments for constant provision of social services delivery.

The positive results of WISE Programme through CDD approach serves to be a good model for simulation by the federal and provincial governments. This service delivery system is critical to implement not only all components of the Ehsaas Programme but achieve other sustainable development goals of the country. As soon as the federal and provincial governments realise the importance of CDD approach to better service delivery to the poor and marginalized populace, and ensure participation of the rural youth and women in development process, the result of socioeconomic indicators will be positive.

Given Pakistan’s huge young 64 per cent  population which have the power to transforms Pakistan’s future, access to quality equitable education and healthcare will play a crucial role in converting this huge youth bulge into demographic dividend.  Building on NRSP’s experience and achievements, the government needs to adopt CDD as an innovative, people centered and pro-poor approach for improving services delivery. Moreover, to supplement the gains of CDD, establishment of powerful and resourceful local governments in line with the roadmap given by the Prime Minister of Pakistan  is essential to handover the governance to the people at grassroots level.

Asmat Kakar (@asmatkhan19), is Manager of Communications on the EU funded SUCCESS Programme. He completed his MSc in Social Policy and Development at the London School of Economics and Political Science in 2016.