LSE ID PhD candidate Chiara Chiavaroli, and Colombian Sociologist Iván Mauricio Aristizabal analyse the participation of Indigenous and Afro-Colombian people in protests demanding the overturning of the Tributary Reform, and look at the lack of attention that their mobilisations are receiving in the international press, and the socio-political context from which the protest emerges.

On 9 May 2021 in Cali, during the protests against the tributary reform started on the 28 April, a group of armed civilians dressed in white shot against the protesters of the Indigenous Minga, leaving nine people hurt. Feliciano Valencia, leader of the Indigenous Movement MAIS, denounced the collaboration between armed civilians, the police and the Mobile Anti-Disturbances Squadron (ESMAD), in carrying out the attack. The Indigenous “minga”, an indigenous word meaning “mobilization” or “meeting”, arrived in the city of Cali on 1 May to support the protesters and, since then, has been actively taking part in the demonstrations.

To date, 59 people were killed during the protests , 47 of which in the departments of Cauca and Valle del Cauca, and 31 only in the city of Cali,16 people were subjected to sexual violence and 1055 were arbitrary detained. Even though the protest has been described by the Colombian and International press mainly as an urban mobilization against the tributary reform and the economic inequalities generated by the Covid-19 pandemic, the concentration of violence in the city of Cali, particularly in the neighborhoods of Aguablanca and Siloè, the participation of indigenous movements and other violent confrontations in Popayan and Jamundì in the Southwest of the country, reveal the historic roots of these conflicts and the racial component that informs state practice of armed violence.

The city of Cali is located in the department of Valle del Cauca, which, together with the department of Cauca, hosts the main corridors of the country with the Pacific sea, where the harbour of Buenaventura is located. Buenaventura, which moves about 40% of Colombian commercial goods, has been at the core of the civil conflict since the early 2000s, when paramilitary groups (Autodefensas Unidas de Colombia) took control of the city. Cali is the political and economic centre of Southwestern Colombia, located at the core of a complex network of political and economic relations between drug cartels, armed groups and paramilitaries operating in Southern Colombia. Between 2001 and 2013, the city received forcibly displaced Indigenous and Afrocolombian populations from the departments of Cauca and Nariño, and these patterns of displacement place Cali at the convergence of the local and regional histories of violence that affected the Southwest of the country. In particular, the neighbourhoods of Aguablanca and Siloè in Cali, which have been at the centre of the protests, host significant numbers of Afrocolombian displaced people from the Pacific. In this sense, the violent confrontations that happened in Cali, where several expressions of Indigenous and Afrocolombian resistance and displacement paths from the Southwest of the country meet, assume specific historic and racial meanings.

Even though the Colombian constitution of 1991 guarantees territorial and ethnic rights to Indigenous and Afrocolombian communities, such as the right to the Consulta previa (prior consultation), in the Southwest of Colombia, these rights have historically been violated by the expansion of energy projects, extractive industries and agro-industries. In particular, the agro-industry of sugarcane in the department of Valle del Cauca and the transnational mining companies Anglogold Ashanti, Cerromatoso and Carboandes in the Cauca department, shaped violent routes of economic development in the region based on practices of water and land grabbing. The expansion of these economies has been significantly fostered by the action of paramilitary forces, leading to the exercise of armed violence against ethnic communities, forced displacement and the monopoly of land and water by capitalist groups. In this region, the Colombian state also shows its most violent and repressive side, carrying on violent and authoritarian practices like the glyphosate spraying on coca crops, rather than addressing the lack of state infrastructure, public services,  livelihood options and the situation of food insecurity that force farmers to enter the coca market.

Southwestern Colombia has also been a centre of the armed civil conflict. The Victim Unit counts more than 1.2 millions of victims belonging to ethnic communities, particularly in the departments of Valle del Cauca, Cauca and Nariño. After the signing of the Peace Agreement with the FARC-EP, patterns of paramilitary and state violence didn’t change. Since 2016 269 indigenous leaders, 167 of which under the presidency of Ivan Duque, have been killed. Since January 2021, three Afrocolombian and 20 Indigenous social leaders have been assassinated. The lack of commitment to respect the points of the Peace Agreement on the side of the government  reproduces the conflict in this region.

The military response of the Government

The Colombian president Ivan Duque commented on the attack to the Indigenous Minga, asking to Indigenous people to “go back to their territories” (volver a sus resguardos) in order to avoid other armed confrontations in the city. This reaction reveals the government’s incapacity to recognize ethnic communities as political actors and citizens, and to understand the political dynamics that affect the Southwest of the country. By defining the protests as vandalic and violent acts and hiding behind a discourse of condemnation of the protesters’ violence, the government refuses to engage with the claims of the protesters as claims that are political in nature. In relation to this rhetoric, it is important to recognize the deeply historical social and racial inequalities that emerge from a history of state violence in the Southwest of the country.

Racism is one of the components that shaped the violent confrontations in Cali and that, more broadly, continues to shape the relationship between the Colombian state and its citizens, particularly in the Southwest of the country. The refusal to engage with the political grievances coming from the most vulnerable sectors of Colombian society and the proposal of military solutions to political problems are historically consolidated state practices in Colombia. These deeply rooted forms of state violence serve the function of maintaining profoundly unequal structures of power, expose significant sectors of the population, particularly Indigenous and Afrocolombian citizens, who are historic victims of these patterns of violence, to extreme poverty, and deny them access to health services and education. The tributary reform that triggered the protests is an expression of the government’s intention to further impair the livelihood strategies of vast sectors of Colombian society and to reproduce consolidated forms of violence.

Chiara Chiavaroli (@chiarachv), is a PhD student in the Department of International Development, working in the Upper Cauca region, (Colombia). 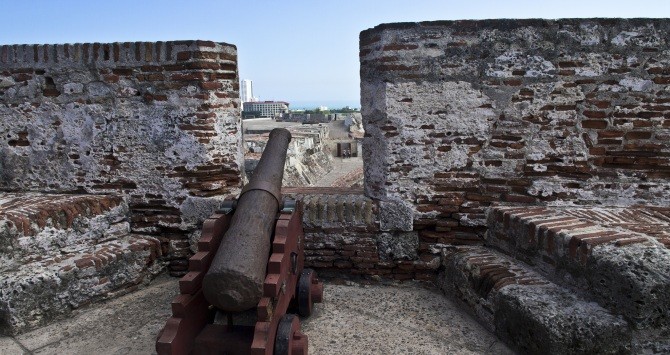 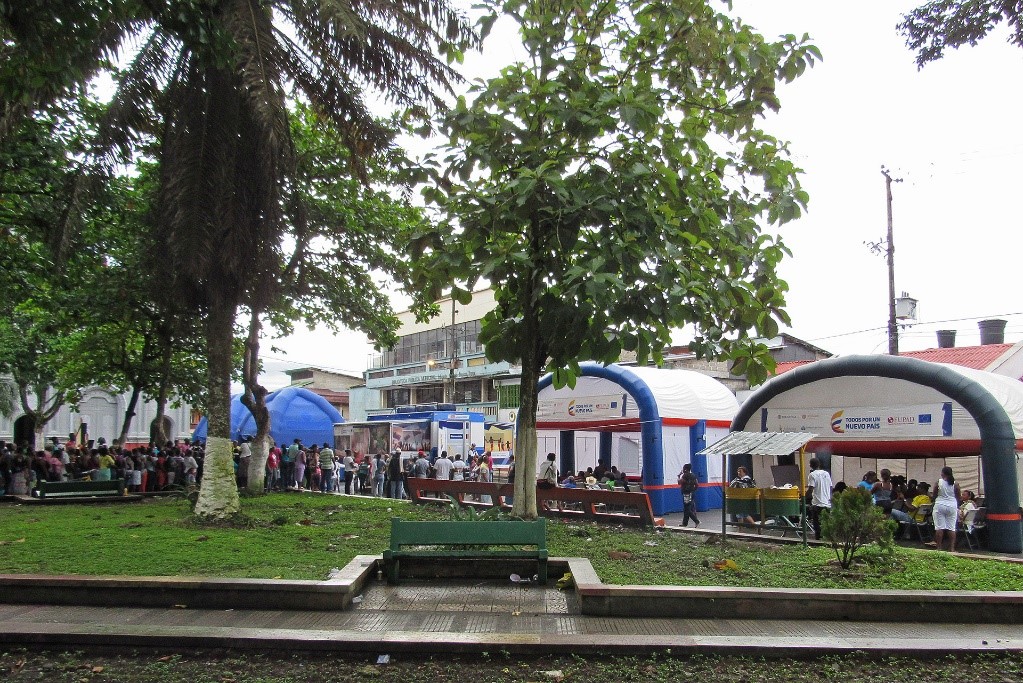 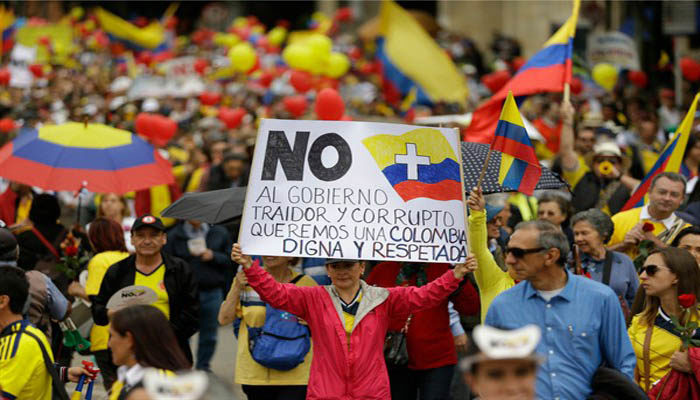