The differential impact of slavery across Brazil was largely determined by its influence on the settlement of foreign migrants, who – unlike slaves – had a political voice and could “vote with their feet”, writes Andrea Papadia.

Slavery has been at the centre of many a heated debate in the social sciences. The publication of Robert Fogel’s and Stanley Engerman’s revisionist “Time on the Cross” in 1974 sparked unprecedented public interest in a work of economic history. More recently, debates on the role of slavery in the rise of capitalism have also attracted attention in popular media.

However, our understanding of the impact of slavery on the economy of receiving countries is still very limited, particularly over the long-run. This is especially true for Brazil, the largest recipient of slaves during the Atlantic slave trade and the last country to abolish slavery in 1888.

Close to five million Africans were forcefully transported across the Atlantic to Brazil between 1500 and 1850, when the trade was finally abolished. Initially, slaves worked mainly on sugar and cotton plantations. Once gold and diamonds were discovered in the interior of the country, these regions began to acquire large numbers of slaves as well. The last mass inflow of slaves took place in the nineteenth century and was mainly due to the huge expansion of coffee production in Brazil’s south-east. The demand for labour on coffee plantations was so large as to also lead to the relocation of extensive numbers of slaves from the rest of the country.

This last wave of slavery was instrumental in shaping local institutions in the south-eastern states of Rio de Janeiro and São Paulo. The incidence of slavery affected the development of fiscal institutions and the provision of public goods, such as infrastructure and education, in Brazilian municipalities. Fiscal development and the ability to provide public goods are widely recognised as two key ingredients in a country’s long-run economic performance. On the flip-side, the inability to create such institutions can act as a major constraint to growth and keep countries trapped at low income levels.

A naïve assessment of the Brazilian data would suggest that a higher incidence of slavery in the nineteenth century was associated with higher fiscal development and better provision of public goods by the turn of the twentieth century. However, this is because municipalities which grew rapidly thanks to the coffee boom also acquired large numbers of slaves. Taking into account the impact of coffee production on both the demand for slave labour and economic growth reveals that slavery was associated with less fiscal development and worse public goods provision.

There are many ways in which slavery may have affected the development of fiscal institutions in Brazil. First, a widespread reliance on slave labour may have heightened racial cleavages, making resource sharing though taxation and public goods more difficult. Second, a high incidence of slavery deprived a large share of the population of a political voice and limited competition between municipalities, since slaves could not “vote with their feet”. This reduced the strength of citizens’ demands and the accountability of local politicians.

A further possibility is that the presence of slaves influenced the distribution of foreign immigrants across Brazilian municipalities and that this, in turn, helped to shape local institutions. The presence of large slave populations presumably reduced the settlement of immigrants due not only to lower demand for labour but also to the extremely negative perceptions of slavery that had developed by the late nineteenth century. This was particularly important in the 1880s as large scale immigration took off and slavery was not yet abolished. The following extract from the report of the president of the province of São Paulo to the provincial assembly in January 1889, just eight months after the abolition of slavery, is evocative of this:

We were not known to civilised nations. Slavery made us barbarians in the eyes of foreigners and, due to ignorance or bad faith, outside of Portugal, which as a whole could not populate just one of our provinces, the idea of migrating to Brazil for those who could, if at all there, was considered terrible. It appeared as a country not habitable by civilised people, due to endemic diseases and its climate …  This false judgement is now completely undone. Thousands of letters from Italians, Belgians Germans, Spaniards and individuals from other nations cross the seas, bringing to the relatives and friends that remained behind the welcome news that immigrants found in the Paulista land an adoptive home that is free and happy, where there is room for all aspirations and for all faiths, with a governmental structure modelled in line with the most civilised in the world.

Unlike slave labour, free labour provided a stimulus for the provision of public goods. Migrant communities set up their own schools, which were often partially financed from public coffers. Moreover, competition between municipalities keen on attracting workers from abroad also manifested itself in the provision of other public goods, such as healthcare, public hygiene, sewers, public lights and public works. Migrants, unlike slaves, could “vote with their feet” and, unlike the local population, were used to European levels of public-goods provision.

Thus, slavery is to likely to have affected the development of fiscal capacity and the provision of public goods both directly and indirectly. On the one hand, slaves lacked even the limited political voice that free Brazilian citizens had. On the other, slavery influenced the settlement of foreign migrants and therefore the extent to which this dynamic group of citizens was able to shape local institutions.

The creation of settler colonies by the national and provincial government in São Paulo provides evidence for these mechanisms. The colonies were designed to offer migrants a foothold in their new homeland. Compared to equivalent municipalities, those where settler colonies were established while slavery was not yet abolished developed better fiscal institutions and had a better provision of public goods by the early twentieth century. The same is true of settler colonies created after the abolition of slavery, with the key difference that the former are able to explain away the negative impact of slavery, while the latter are not. This indicates that the duality between slave and free labour was essential in the differential development of local institutions in late nineteenth century Brazil.

Today, Brazil is one of the most unequal countries in the world. Geographical differences in income levels, governance, and the provision of public services are striking and are at least partially due to the quality of local fiscal institutions.  Aside from the appalling misery it inflicted on millions of individuals, the legacy of slavery might still be alive in the structure of contemporary Brazilian institutions.

Notes:
• The views expressed here are of the authors rather than the Centre or the LSE
• This article draws on the author’s paper “Slavery, Fiscal Capacity and Public Goods Provision in Brazil: Evidence from Rio de Janeiro and Sao Paulo, 1836-1912“.
• Please read our Comments Policy before commenting 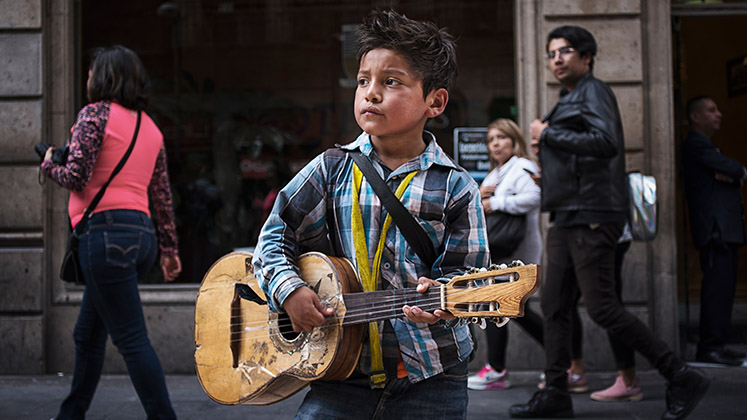