In 2014, 47% of the employed population of Bogotá was working without a written contract, a pension scheme, or healthcare coverage. The poorest populations on the periphery of the city, far from the central business district (CBD), faced particularly precarious labour conditions. But does the difficulty of commuting to formal jobs influence their choice to remain in the informal sector?

Research has already theorised the link between living further from the CBD and likelihood of informality.

Distance from jobs implies not only higher economic and time costs that in themselves can outweigh the benefits of formality, but also poorer access to information on employment opportunities. Low-skilled workers are affected particularly badly by this factor as many recruitment processes at this level are carried out locally by word-of-mouth or simple ‘wanted’ signs.

This means that those living further from jobs will tend to be more informal, with low-skilled workers suffering especially from this effect. Since mass-transit systems like Bogotá’s Transmilenio shorten time distances to jobs, we might also expect people living closer to stations to present lower rates of informality. But is this the reality?

The effect of TransMilenio on informality

Labour informality – meaning workers without contracts, healthcare, or pension contributions – has been falling in Bogotá since 2003, the same period in which the TransMilenio network has been expanding. But more TransMilenio stations does not necessarily mean fewer informal jobs.

My own research focuses on how informality in Bogotá is also related to gender, age, and educational achievement. Like those living far from TransMilenio stations, female, young, or non-university educated workers are more likely to work in the informal sector.

However, these results differ if we analyse high and low-skilled populations separately:

Distance remains relevant to high-skilled workers and within this group women tend to have a chance of being formally employed. However, contrary to the theory outlined, amongst the low-skilled population distance has no effect. Rather, other socio-economic variables tend to have a stronger effect here than within the high-skilled population. In both cases, young workers are more likely to be informal.

Towards a more inclusive urban reality

First of all, transport itself can be a tool for poverty reduction. It is fundamental to keep this in mind when designing and developing transport projects that go beyond the classic paradigms of speed, time reductions, and capacity.

TransMilenio has had a positive effect on the labour status of workers as their probability of being formal reduces with proximity to stations. Despite the system’s limitations in terms of coverage and quality, those living close to stations gain in terms of access to formal employment.

Thus, a reduction of informality may accompany the productivity effects expected from upcoming transport investments in Bogotá. But these could be reinforced by improving coverage and quality of service in order to encourage uptake and ensure the widest possible access to formal labour markets.

Second, education remains a major constraint for workers that aim to move to the formal sector. Providing connectivity between homes and jobs is crucial regardless of the level of education. But granting transport access to low-skilled workers is far from sufficient. It makes no sense to create commuting corridors between low-skilled workers and formal jobs if the former lack the skills demanded by the latter.

The distance between low-skilled workers and formal labour markets is more than physical, meaning that investment in transport should be developed alongside targeted training programmes.

Just like poverty, informality is experienced differently by men and women. For the population in general, being female is associated with a higher probability of being informal. Yet, effects are reversed between high- and low-skilled workers, suggesting the need for gender-sensitive policies based on a more comprehensive understanding of the determinants of informality, especially for the low-skilled.

Finally, the young, just like women, are more likely to fall into informality, which highlights the importance of understanding the dynamics of how young workers enter the labour market are fundamental.

Overall, all three of these dimensions appear to complement issues of spatial accessibility, and policies that aim to reduce informality must therefore adopt a multidimensional, integrated approach that tackles them together.

Nicolás Oviedo Dávila graduated as an engineer and economist from Universidad de los Andes in Bogotá before completing an MSc in Local Economic Development at LSE. He was awarded the 2017 LSE Latin America and Caribbean Centre-Inter-American Development Bank Postgraduate Essay Prize for his entry on the link between proximity to mass-transit systems and informality. His research focuses on the transport, informality, unemployment, and social exclusion in Latin American cities. 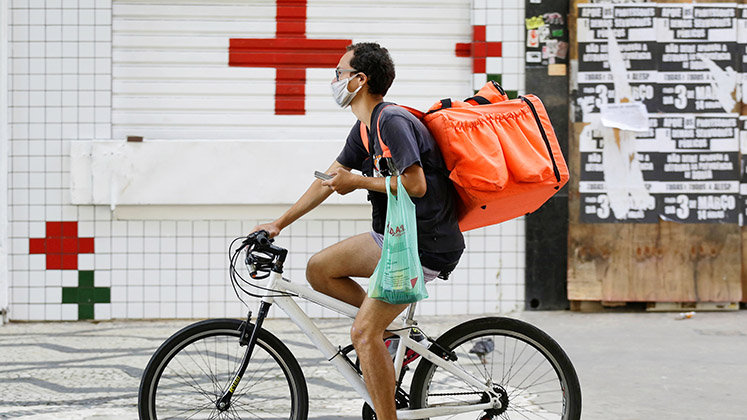