The Supreme Court’s ruling in favour of 25 young plaintiffs seeking protection of their rights to life, health, food, and a healthy environment obliges the government to design an inter-generational pact to reduce deforestation and gas emissions. This highlights the connection between protection of the environment and intergenerational solidarity, as well as underlining personal and social responsibility for the impact of everyday behaviours on whole societies and on the environment, write Domenico Giannino (London Metropolitan University) and Antonio Manzoni (King’s College London).

We often read about the gradual devastation of the Amazon rainforest due to intensive exploitation and deforestation. However, the recent finding of the Colombian Supreme Court of Justice that the government is legally obliged to halt this trend and protect the area offers hope for radical change.

This’s decision recognition of the essential link between the rainforest and the community living in symbiosis with it means that 5 April 2018 may come to represent a milestone not only in Latin American jurisprudence on defence of the environment, but also another significant step towards a conception of nature as a “common”.

The nature and significance of “the commons”

An exhaustive definition of the commons is hard to find. Scholars broadly agree that they include the many and varied natural resources of our planet: oceans, glaciers, forests, the air we breathe, fisheries, and so on. Essentially, the commons are all of those environmental components that are essential to the life of every living being on the planet, making up a personal yet collective asset in which we all share equally.

Scholars also agree on the fact that the commons does not fit the classical dichotomy of private vs public property, as these two poles fail to provide adequate protection for the diverse category of the commons.

Given that they are essential to life, it is inconceivable to privatise and marketise water or forests, for example, as if they were like any other commodity.  Yet, the modern liberal-constitutional state has been unable to ensure such protection, particularly as the state has grown more sensitive to the interests of private corporations.

The need to protect ecosystems is felt particularly strongly in the Latin American setting because of the region’s immense wealth in natural resources. After decades of violent struggle related to these resources, the peoples of Bolivia and Ecuador recently achieved recognition of the commons in their constitutions (of 2009 and 2008 respectively), where protection is inherent to ideas like “living well” (buen vivir/vivir bien), rights of nature, and collective goods.

The particular importance of these formulations is that they point towards a rethinking of contemporary models of economic development, proposing a holistic conception of life where the symbiosis between humanity and nature challenges the hegemonic paradigm of the market.

The courts and the Colombian Amazon

Though less well known for ecological progressivism than its Andean neighbours, Colombia has been one of the main advocates of a global constitution for environmental protection, and its own embrace of a more ecological perspective started as far back as 1991, when the country’s constitution was revised substantially.

Specifically, the Constitutional Court of Colombia interpreted articles 7, 8, and 49 of the constitution to create a three-pronged system of environmental protection:

The April 2018 decision regarding the Colombian Amazon rainforest serves as a paradigmatic example of the enforcement of these three pillars.

In its ground-breaking decision, the Supreme Court ruled in favour of the 25 young plaintiffs seeking protection of their rights to life, health, food, and a healthy environment. The decision also ordered the government to design an inter-generational pact with the aim of reducing deforestation and gas emissions. And more broadly, the ruling recognised the Amazon rainforest as a subject capable of claiming its own right to protection.

Consequences and constraints in recognising the commons

This is an extremely innovative ruling in the history of the commons, not only seeing future generations as stakeholders, but also obligating the government to take action towards protection of an ecosystem that is essential to the life of communities. In fact, according to the court, the deterioration of the environment seriously undermines a wider array of fundamental rights.

This legal approach highlights the connection between protection of the environment and intergenerational solidarity. Furthermore, it underlines personal and social responsibility for the impact of everyday behaviours on whole societies and on the environment.

Yet, significant as the ruling may be in legal terms, it is only a first step, and much depends on how the law is applied.

In recent decades, Latin America has experienced serious tensions between extractive development models and recognition of the rights of nature. This has been most striking in Ecuador and Bolivia, with conflict over oil drilling in the Yasuní National Park (Ecuador) and deforestation in the Isiboro Sécure National Park and in the Indigenous Territory (TIPNIS) in Bolivia. Colombia has also had its own serious environmental and human-rights issues, particularly associated with palm-oil plantations.

Clearly, there is still much work to be done. Without appropriate application, even these constitutional provisions may become a dead letter.

But overall, the Colombian case, alongside examples from Ecuador and Bolivia, highlights how the struggles for the commons reflect an increasing awareness of the need for protection of those things that are intrinsically essential for the life of communities and of our planet.

These struggles constitute a form of “bottom-up constitutionalism” or “social constitutionalism”, which is not only an answer “to the highly fragmented nature of the globalized social and legal landscape in which politics has lost its leadership”, but also a proactive affirmation of a constituent power representative of the fundamental needs of a community.

Such battles constitute a positive example even for the West, where it seems that a sense of community around the environment has increasingly been lost.

Antonio Manzoni is a postgraduate student in Philosophy at King’s College London with a particular interest in the legal, political, and philosophical implications of the commons. 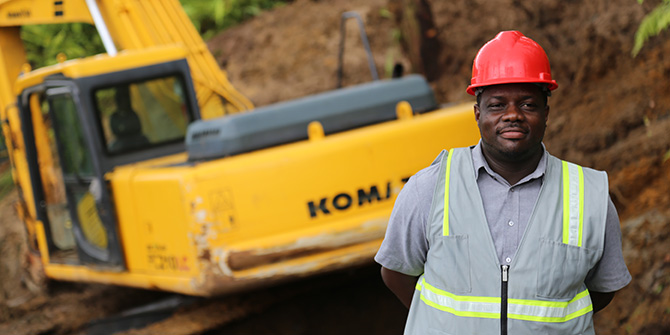