López Obrador and his multidisciplinary team propose inclusive economic and social policies that aim to reactivate investment and make the Mexican economy more competitive and equitable. Crucially, he also explains how such policies will be financed through reductions in operational costs and in corruption, writes Graciana del Castillo (City University of New York).

With an impressive turnout of over 60 percent, on 1 July 2018 Andrés Manuel López Obrador (of the National Regeneration Movement, Morena) took 53 per cent of the vote to win the Mexican presidency.

The democratic process was strengthened as elections were largely free and fair, with few of the usual complaints about vote rigging or vote buying. The incumbent president Enrique Peña Nieto and rival PAN and PRI candidates also promptly recognised the result and pledged to collaborate in different ways.

AMLO – as López Obrador is better known – is now extremely well placed to occupy the presidency. Not simply because “the third time’s the charm”, as the saying goes, but because he has matured as a politician, toned down his most radical rhetoric, and surrounded himself with an experienced multidisciplinary team of experts that includes leaders from the private sector, academia, and government.

The opposition, as well as most of the media, continue to label AMLO a “left populist”, but these clothes do not quite fit. AMLO does focus on improving the lives and livelihoods of the half of Mexico’s population that has lived in poverty for decades, but he also advocates good macro-management and respect for the rule of law, with zero tolerance for corruption.

Crucially, AMLO tasked a distinguished group of experts with preparation of Morena’s “National Plan 2018-2024”. The Plan foresees inclusive economic and social policies that aim both to reactivate investment, which averaged an inadequate 23% of GDP under Peña Nieto, and to make the Mexican economy more competitive and equitable. But beyond that, it also explains how such policies will be financed through reductions in operational costs and in corruption.

AMLO’s plan targets job creation, improved salaries, and higher yet sustainable growth rates. A focus on human development and on-the-job training should also enable incorporation of new technologies and innovative practices that can improve productivity, particularly in lagging sectors such as agriculture.

Majorities in Congress will be important in carrying out AMLO’s plan. Though election results are not yet final, it seems likely that Morena and its allies will have a majority in both chambers.

With this backing, AMLO will attempt to achieve his vision by acting in four key areas.

First, pushing for full compliance with the rule of law and reinforcing the separation of the executive, legislative, and judicial branches of government, while also strengthening the independence of the central bank (Banco de México).

Second, fighting corruption, violence, and impunity – unsurprisingly the issues of greatest concern to Mexicans today. The country suffers levels of violence that are amongst the worst ever recorded in national statistics, places 135th (of 180) in global corruption rankings, and ranks fourth in the Global Impunity Index.

Third, developing industrial and technological sectors that would create better-paid jobs, strengthening the domestic market through the integration of productive chains, boosting the low level of national content in Mexican exports, and implementing industrial and technological policies to engender an environment that rewards innovation and the generation of new ideas, not least through increasing science and technology expenditure to one per cent of GDP.

Last but not least, sticking to good macroeconomic management to restore fiscal balance and to freeze public debt increments at zero per cent in terms of GDP. Deficit reduction would be achieved not by increasing taxes or creating new ones as in previous reforms, but by reducing current public expenditure and targeting misuse of public funds. The resulting savings will allow for increases in public investment, which is today at its lowest rate (relative to GDP) since World War II. This investment will go towards public services and infrastructure in social and productive sectors.

AMLO proposes to change the public expenditure-investment mix through a number of measures:

Such measures are projected to save roughly 400 billion pesos (or 2% of GDP), as there appear to be many places where current expenditures could be cut. For example, during the last year of the Fox administration and the first two years of Calderon’s government, personal expenditures grew by 90 per cent, and this upward trend continued in later years. In 2016, expenditure on health, social development, and agriculture came in under budget, but expenditure in the office of the presidency was 85 per cent over budget.

Sixty per cent of these savings will go towards infrastructure and regional impact projects; 26 per cent towards social projects, including youth and elderly support; and 14 per cent towards reducing the fiscal imbalance.

Here, two things are encouraging. First, AMLO has stated that “without money, there will be no projects”. Second, he proposes to appoint Dr. Carlos Urzúa as Secretary of the Treasury. Urzúa was Secretary of Finance in AMLO’s administration of Mexico City, and his tenure was marked by a competent and responsible approach to fiscal and budgetary issues.

Recognising the need for change

AMLO’s victory suggests that Mexicans well realise that despite many micro- and macroeconomic reforms since the 1994 Tequila crisis, the country’s 2.4 per cent yearly growth (1.2% in per capita terms) has been inadequate to meet the country’s social and infrastructural needs, particularly given such high levels of poverty and inequality.

IMF Managing Director Christine Lagarde, however, appears to ignore fiscal and external deficits, as well as the unsustainable trajectory of public debt, to conclude that “Mexico’s macroeconomic policies and policy frameworks remain very strong”. This is quite a statement: beyond their lacklustre performance, reforms and policies since 1994 have mainly benefited elites, leaving the lives and livelihoods of large segments of the population dependent on drug traffickers, organised crime, and other illicit actors.

As Daron Acemoglu and James Robinson argue in their acclaimed book Why Nations Fail, countries like Mexico experience such uninspiring performance due to concentration of political power and economic opportunity. But inclusive economic policies, like those proposed by AMLO, provide a level playing field and increase access to the formal labor market for unskilled workers, male and female alike.

This is key to strengthening growth, cutting poverty, and decreasing inequality in Mexico at last. 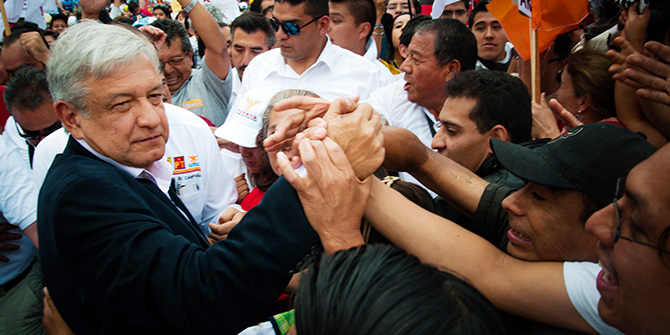 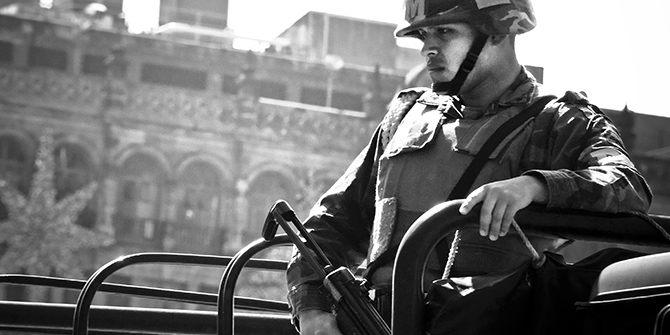