The first round of Uruguay’s elections in late October gave opposition parties the lion’s share of the votes, leaving the governing Frente Amplio party with an uphill battle to cling on to power. As things stand, a win for the National Party candidate Luis Lacalle Pou in the second round on Sunday 24 November is all but certain, but once in office he will face the difficult task of juggling an ideologically diverse coalition of five parties, writes Morgan Fairless (LSE).

The first round of Uruguay’s 2019 elections left the incumbent Frente Amplio (Broad Front) with 39 per cent of the vote, the National Party in second with 29 per cent, the historically powerful Colorado party in third on 12 per cent, and the recently founded Cabildo Abierto (Open Forum) close behind on 11 per cent. Once the minor shares of a number of small parties from across the political spectrum are accounted for, opposition parties took roughly 55 per cent of the vote.

Immediately after the first-round results were announced, speculation about potential coalitions for the second round came to an abrupt halt when virtually all of the opposition parties declared support for the National Party candidate Luis Lacalle Pou. As such, the National Party will be leading a coalition of five parties that includes everything from a single representative of the social-democratic Independent Party to 11 representatives and three senators from the conservative Cabildo Abierto.

Though Frente Amplio has run a campaign centred on rejecting the idea that its candidate, Daniel Martínez, cannot win, polling tells a different story.

But even if victory in the first round went to the opposition as a whole, none of the three big parties made gains in this election. The Colorado Party was able to maintain its share of parliamentarians despite achieving a slightly lower vote share. Frente Amplio and the National Party both lost votes and seats. This speaks to a potential future fracture in the party system, driven largely by the rapid rise of Cabildo Abierto from zeroes to relative heroes on 11 per cent.

But for now, the strong backing for Lacalle makes a National Party win a safe bet, with the question of what happens next now coming to the fore.

At this point, a miraculous win by Frente Amplio might be more of a curse than a blessing anyway, as it would leave Martínez in the presidential hot seat with no legislative majority and facing a well-organised opposition coalition.

The party’s challenge in opposition will be to defend the achievements of their 15-year government against potential dismantling. Whilst Lacalle Pou has dismissed claims that he will reduce social welfare or raise taxes to deal with the mounting fiscal deficit, the left’s suspicion is that this could change once he assumes office. The task will then become mounting credible opposition to these reforms.

But Frente Amplio may find itself bogged down in internal struggles. Martínez recently argued in the presidential debate that the party manifesto was merely a “recommendation”, meaning that were he to win, he would not have to raise taxes in line with manifesto commitments. This created significant internal criticism, especially from the former president and leftist leader José Mújica.

Frente Amplio is a strongly programmatic party with robust internal democratic structures that organise the various factions from which it was formed, and this process ties leaders to a shared programme and commitments. One of the key issues for the party if they enter opposition will then be repairing these internal mechanisms following an unsuccessful campaign that has pushed them to the limit.

How will Lacalle’s “multicoloured” coalition work?

After a long time out of power, the National Party is primed to govern as part of a coalition that came together through relatively painless negotiations, but Lacalle Pou will still need to draw on support from five different parties whose leanings span much of the ideological spectrum.

This “multicoloured” coalition has reached a minor programmatic agreement that focuses on overlaps like reducing the fiscal deficit through “smart saving”, improving the education system, and liberalising some areas of the economy (especially oil imports). A realignment of foreign policy, meanwhile, is a certainty, as many opposition parties have heavily criticised Frente Amplio for defending what they see as a Venezuelan dictatorship under Nicolás Maduro – this position is sure to be reversed.

However, it remains to be seen whether this motley alliance can hold: Cabildo Abierto is a curious mix of far-right firebrands calling for death squads and relative moderates who approximate the postures of the centre-right. If the former tendency prevails, Lacalle Pou’s National Party and Ernesto Talvi’s the centre-right liberal Colorado party could find themselves tainted by the unpredictable antics of their more extreme coalition partners.

That said, even though the proposal to bring the armed forces into security provision (amongst other things) was defeated in the first-round referendum, it still found support amongst 47 per cent of voters. This reflects growing fears about security, and with it could come demands for policies like boosting police resources and numbers.

While Lacalle Pou might want to focus on the fiscal deficit, productivity, and education reform, the diversity of his coalition could see him dragged in other directions. Though his election victory on Sunday 24 November may be relatively straightforward, Lacalle Pou’s tenure will be judged on how well he manages this potentially tricky balancing act. 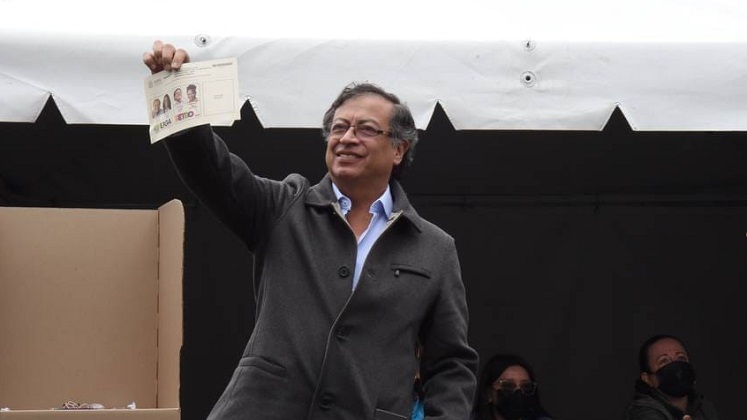