Barbados transition to a republic is merely symbolic, but for generations of Barbadians, there has been something incongruous about the symbols and images dominating the spaces around the country. Symbols matter in the histories of nation-states and this marks the capstone of a much longer process of decolonisation from Britain, writes Robert Goddard (Emory University).

The tiny Caribbean country of Barbados has attracted headlines worldwide for its transition in November 2021 to the political status of a republic after more than three hundred years with the British sovereign as head of state. The role once played by Queen Elizabeth will now be carried out by the President of Barbados, a largely ceremonial position. With much fanfare and the world’s attention, the move is largely symbolic, with few noticeable effects as the island has been independent since 1966 and self-governing for some years before that. Most of these will be in nomenclature: the “Royal” will be dropped from the Royal Barbados Police Force and imperial honours like knighthoods will be replaced by Freedom of Barbados awards.

Nonetheless, symbols matter in the histories of nation-states. For Barbados, becoming a republic is a significant transition that marks the capstone of a much longer process of symbolic decolonisation. For decades after political independence, Barbados retained a legacy of monumental culture that preserved rather than challenged the colonial relationship between Barbados and Britain.

One of the multiple examples of this phenomenon was the fact that the main square in the capital city of Bridgetown, indeed the most important public space on the entire island, was called Trafalgar Square until 1999. What is more, the square was dominated by a life-size bronze statue of Lord Nelson, the British Admiral who saved Britain from Napoleonic invasion in 1805 at a point off southern Spain called Trafalgar. The statue was erected by a slave-owning oligarchy to the hero of Trafalgar and “preserver of the British West Indies”, according to the memorial. The epithet “preserver of the British West Indies”, like any epithet, is a historically conditioned one.

It takes no more than a moment’s reflection to realize that the West Indies Nelson “preserved” in 1805 was a society structured to protect the rights and privileges of a small elite of wealthy white planters. The Barbadian society of the early 21st century is radically different. Though imperfectly, it seeks to address the needs of 290,000 mostly black descendants of enslaved Africans who were brought here by Nelson’s admirers to work on sugar plantations in such severe conditions that they have become a byword of inhumanity.

Barbadians had a flag and national anthem but looked up to a British admiral who served a slave-owning empire as they walked to work.

For generations of Barbadians, there has been something incongruous about the symbols and images that dominated the physical space around the island in the independence era. Barbadians had a flag and national anthem but looked up to a British admiral who served a slave-owning empire as they walked to work. This is the context in which the world must understand the transition to a republic. It is the culmination of a process that has been accelerating since the late 1990s in which a group of activist Barbadians have lobbied for a closer alignment between the ideological needs of an independent Caribbean state and the legacy of a colonial past.

Some of the changes during this process of symbolic decolonization have been more substantive and have more practical and immediate consequences. The most important of these was the decision taken in 2005 to no longer use a British High Court, known as the Judicial Committee of the Privy Council, as the final judicial authority for the island. This court once heard appeals from a fifth of the world’s population but today only serves that role for 0.1 per cent. Subsequently, the Caribbean Court of Appeal heard pleas, a move in keeping with a global trend of decolonised parts of the former British Empire.

Female leadership for a new era

Despite its move to republic status, Barbados will remain a member of the Commonwealth. It is not unexpected, as a fund of goodwill and shared history binds Barbados and the UK family. Cultural and sporting contacts between Barbados and England are part of folk memory. Indeed, the initial moves to decolonization came just after the West Indies cricket team defeated England for the first time, inspiring a famous calypso. This show of evolving political relationships mediated by intense sporting rivalry and cultural commentary is perhaps typical of Britain and its former imperial possessions. Most former UK colonies, including many republics, have chosen to remain within the Commonwealth. The constitutional hurdle of remaining within the association while becoming a republic is one that was first posed by India in 1949. Indeed, by agreeing to recognize the British monarch as “head of the Commonwealth” India provided the model for the subsequent admission of republics like Guyana and Dominica.

According to polls, just over a third of Barbadians supported a move to a republic, with another third largely neutral. Just 12 per cent expressed a desire to remain a monarchy. Some of those in favour of the move have nevertheless noted a lack of popular participation in the process. A promised referendum on the measure was never held. And all this while the tourism-dependent economy is struggling with the fallout from the covid-19 pandemic. Prime Minister Mia Mottley delivered an address to the nation on December 27 in which she spoke at length about the economic challenges facing the country and the steps her government has taken to address them. She then surprised viewers by announcing a snap election for January 19 in order that voters might “unite around a common cause.” Mottley’s Barbados Labor Party government currently enjoys a 29-1 majority in the House of Assembly, and pundits assume she will win another term albeit with a reduced majority.

Notable to Barbadians and the rest of the world in this historical period is another important symbolic leap: Mia Mottley is the island’s first female Prime Minister. With her outspoken leadership on the climate crisis, she is arguably this nation’s most visible figure on the global stage. Throughout its history, women have shouldered much of the labour and development of this small island nation, but today they are taking up the helm. In addition to Mia Mottley, the recently-installed Barbados President and the Opposition Democratic Labor Party, not to mention the most famous Barbadian alive today, the global pop icon, Rihanna, are women. Even if the move to a republic is largely symbolic, the strong profile of the island’s female leadership is a clear indication of the strides that have been made in political consciousness in the independence era.

Notes:
• The views expressed here are of the authors rather than the Centre or the LSE
• Please read our Comments Policy before commenting
• Banner image: UNCTAD / (CC BY-NC-SA 2.0)

Robert Goddard is the Director of Latin American and Caribbean Studies and Senior Lecturer, Emory College of Arts and Sciences, Emory University. Goddard was born and raised in Barbados and works on Caribbean nationalism.

Trouble in paradise: the hidden impacts of increasing inequalities in Barbados August 18th, 2017 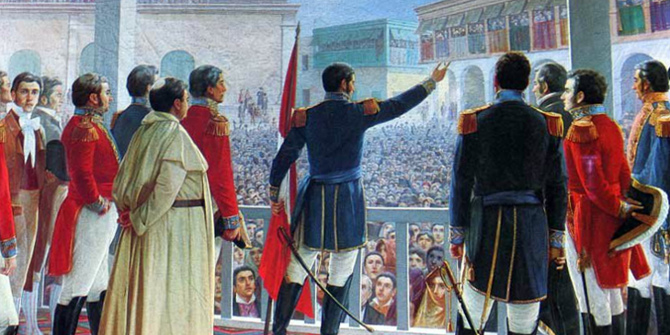 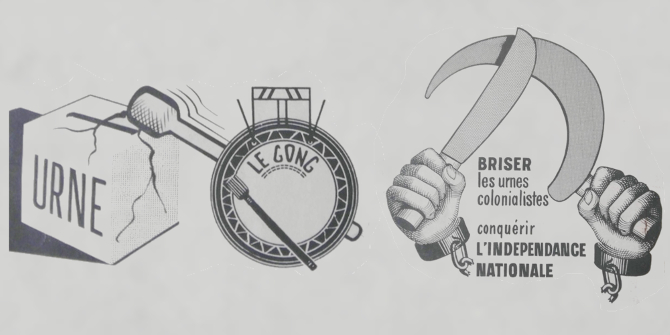 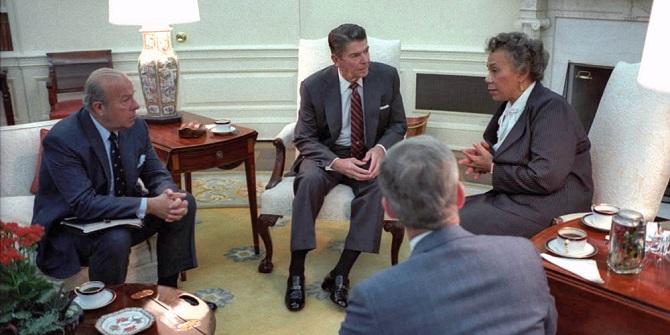