Back in 2012, when planning got underway for LSE Research Festival 2013, it was suggested that a public exhibition of multi-media works by researchers be staged. It was a bold ambition, and one that raised some anxieties as well as excitement. Would researchers have the time (and inclination) to produce films, posters and photographs about their work? Would the general public be interested in coming to see social science research done this way? Could we pull off such an event?

In the end, all was more than well. We received some 50 exhibits and several hundred visitors passed through. Researchers – from UCL, SOAS and Cambridge as well as LSE – had responded with enthusiasm and considerable visual panache to the simple but challenging question ‘What is my research about?’, and members of the public had welcomed the opportunity to come and talk to researchers about the answers to that question.

The 2014 LSE Research Festival saw further developments. The works at the exhibition included posters, photographs and films from partner institutions in the Bloomsbury Doctoral Training Centre as well as those represented in 2013, and external experts – a graphic designer, a documentary maker and a photographer – joined senior LSE researchers to judge them. We ran new events during festival week: a Researching Religion discussion, chaired by the Guardian’s Madeleine Bunting in the newly opened LSE Faith Centre; and a Social Science Slam run in collaboration with the LSE Students’ Union which saw PhD students using poetry and comedy techniques to tell the audience about their research.

2015 saw the LSE Research Festival enter its fifth year, under the auspices of the School’s Institute of Public Affairs. The centrepiece exhibition remained – with, we hope, international as well as local partner institutions represented – and the series of events around it offered even greater opportunity for members of the public, alongside colleagues, policy makers and young people, to engage with social science research.

We’ve come a long way from the very first LSE PhD poster competition organised by former Pro Director for Research Sarah Worthington (spawned by a 2004/09 Leverhulme Trust funded project in the Department of Economic History, “How Well Do Facts Travel”?) and the 2010 PhD Student Poster Competition run by (then) PhD students José Olivas Osuna and Max Hänska in which LSE Research Festival has its roots, but the purposes of those events – to provide opportunities for researchers to communicate their work in different ways and for others to engage with it – remain central.

The original version of this post appeared on the LSE Research Festival Blog on 24 October 2014.

Jane Hindle is formerly of the Teaching and Learning Centre, LSE. 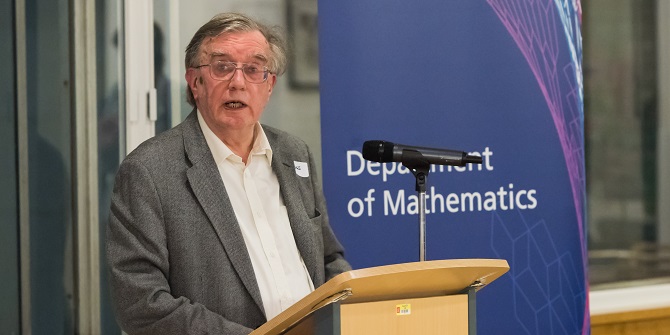