2019 marks the 50th anniversary of the closure of LSE due to student unrest in January-February 1969. LSE Archivist, Sue Donnelly, begins a series of blog posts tracing the history of student activism at LSE between 1966 and 1969 with an account of the opposition to the appointment of Walter Adams as LSE Director.

The 1960s were a period of change and unrest in universities and colleges across North America and Europe as the post war baby boomer generation entered higher education and expressed its discontent over political issues including civil rights and the Vietnam War, the relevance of the university curriculum, and their own place in the academy. Disturbances began at the University of California, Berkeley, in 1964 in support of the civil rights movement and by May 1968 the Nanterre campus of Paris University was closed down as students and workers across France joined in demonstrations. At the same time Hornsey College of Art in London was closed for six weeks between May and July 1968.

At LSE the spark that began the conflict between students and management was the appointment of Walter Adams as Director in June 1966, to replace outgoing Director Sydney Caine at the start of the 1967/68 academic year. Although Adams had close links with LSE, his role as Principal of University College of Rhodesia made him vulnerable to attack from students and others opposed to the Rhodesian government’s unilateral declaration of independence (UDI). During the 1966/67 academic year, student opposition to the appointment mounted.

In October 1966 LSE’s Socialist Society published an Agitator pamphlet – LSE’s New Director: a report on Walter Adams – accusing Adams of failing to oppose UDI. The pamphlet was informed by the experience of Bhasker Vashee, a former General Secretary of the Rhodesian African Students’ Union and student at University College of Rhodesia who had been imprisoned and then deported to Britain for campaigning against white minority rule. David Adelstein, President of the LSE Students’ Union sent a copy of the pamphlet to the Chairman of the Court of Governors, Lord Bridges, enquiring whether the appointment committee had been aware of Adams background. Lord Bridges responded that appointments procedures were confidential and the School would not enter into public debate about the appointment. On 21 October the Students’ Union instructed the President to request a response from Walter Adams within eighteen days. If there was no response the SU would oppose Adams’ appointment.

On 25 October The Times published a letter from Lord Bridges expressing indignation at what he saw as a deliberate campaign against Walter Adams declaring that it was “neither necessary nor indeed proper” to comment on the internal affairs of the university. On 29 October The Times published a response signed by David Adelstein and other members of the SU stating “it is difficult to understand how one can avoid discussing a man’s record as an administrator in one college when he is being considered for the post as Director in another”. Adelstein had been advised not to write to the press about School business without the permission of the current Director, Sydney Caine. The SU, with the support of two members of the Law Department, rejected this interpretation but the School decided to bring disciplinary proceedings against Adelstein and the other signatories.

On 2 November Academic Board discussed Adams’ appointment including the appointment procedure and Appointments Committee’s knowledge of Adams’ Rhodesian career. Academic Board passed a resolution in support of Adams but it was not unopposed. In a private note the outgoing Director, Sydney Caine, recorded that a majority of academic staff were unhappy with the appointment and the selection procedure.

The Board of Discipline met for the first time in 15 years on 21 November 1966. There was debate about the composition of the Board which included Director Caine, and the SU decided to boycott lectures. In the end the Board decided that Adelstein had breached regulations but acted in good faith and no penalty was imposed.

In January 1967 the campaign against Adams continued with a planned “Teach-in on sit-ins” in the Old Theatre. This time the lead was taken by the Graduate Students’ Association then recently revived by Marshall Bloom, an American graduate student. In the summer of 1965 he had worked as a journalist on The Southern Courier in Montgomery, Alabama, reporting on the civil rights movement and brought his experience to LSE. Bloom issued a leaflet, printed on yellow paper, announcing “We must make it clear that we still don’t want Adams and are prepared to take direct action to prevent his becoming our Director. Come to a meeting on Tuesday at 4.00pm in the Old Theatre, to discuss what can be done”.

The Director, Caine, decided to ban the meeting – but the SU Council agreed to go ahead. In response the Director posted porters at the lecture theatre doors and removed the light fuses in the Old Theatre, plunging the room into darkness. Students gathered on the ground floor of the Old Building but when Caine tried to explain that he believed students had not rights to use the Old Theatre, the students responded by surging into the Old Theatre. One porter Edward Poole went to help his colleagues even though he was not on duty and was known to have heart problems. Tragically in the confusion he had a heart attack and though an ambulance was called he later died of heart failure. There was no suggestion that he had been attacked.

The School was closed for the rest of the day and a joint press statement was issued: “The School and the Students’ Union share the deepest regret that the chain of events should have had this tragic end”.

The events were followed by an inquiry and a Board of Discipline chaired by Lord Bridges which decided to act against David Adelstein, Marshall Bloom and four other members of the Student Council. However the high level of student involvement – it is estimated that up to 40% of students were involved in the student activism – made it difficult for the School to take action. As the Board of Discipline met in February and March the students were supported by Percy Cohen, Ernest Gellner and the lawyer John Griffiths.

The four members of the SU Council were cleared of wrong doing but on 13 March Adelstein and Bloom were found guilty of disobeying the Director’s orders and were suspended until the end of term. The SU called a mass meeting of over 800 students and began a sit in which continued for eight days until the end of term – though there was no attempt to prevent fellow students from attending lectures. On 17 March Standing Committee heard an appeal from Adelstein and Bloom and allowed both students to return to the School early. This was followed by a march down Fleet Street when LSE students were joined by students from other colleges wearing daffodils.

With exams approaching the summer term 1967 students returned to their studies. 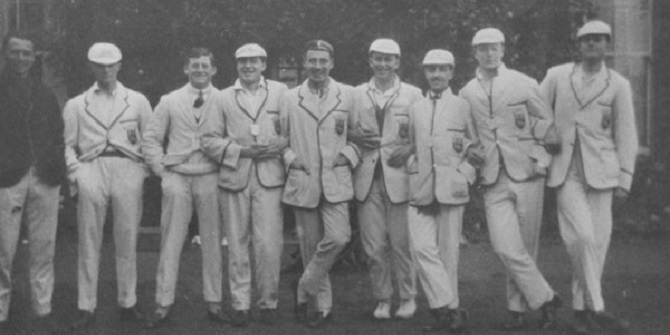 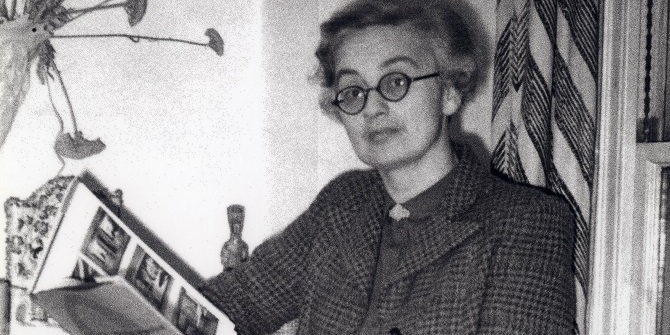