Graham Camfield, former LSE Librarian and historian, writes about Eduard Rosenbaum, Acquisitions Librarian in the LSE Library, who arrived at LSE from Nazi Germany, with the support of the Academic Assistance Council to leave Nazi Germany.

In July 1935 the new Assistant Librarian in charge of library acquisitions was introduced to LSE colleagues as “an economist of standing and a scholar fully conversant with the economic and social literature of at least five European countries.” Superbly qualified for the post, Eduard Rosenbaum, was to shape library collections over the next seventeen years, through the upheaval of wartime and difficult personal circumstances.

Born in Hamburg in 1887 into a family of merchants, it was no surprise that his career path should take him into commerce, economics and international relations. Having studied economics and law in Munich, Berlin and Strasbourg he took a doctorate at Kiel in 1910. After some years in business and at the Kiel Institute for World Economy, in 1914 he moved to the Hamburg Chamber of Commerce.

This was one of the city’s most important political institutions, representing the interests of business and commerce. Within three years Eduard Rosenbaum was appointed a deputy and in 1919 a member of the governing body. The same year he became Director of the Commerzbibliothek, the oldest commercial library in the world founded in 1735.

Working at this level he was able to develop both his knowledge of German and international economics and network with leaders and decision makers. Thus, in the wake of the First World War, Eduard found himself attached to the German delegation at the Paris Peace Conference and deliberations leading to the Treaty of Versailles as an expert on economic issues. It was there that he first met John Maynard Keynes, representing the British Treasury. Keynes was sympathetic to the German cause, believing that proposed reparations would not only harm Germany but also the economic recovery of Europe.

Following the war, Eduard taught at the University of Hamburg and in 1928 was appointed editor of the influential economics journal Wirtschaftsdienst. German economists at the time welcomed Keynes’ support for less harsh reparations and between 1920 and 1932 over fifty of his articles were published there. From 1928 under Eduard Rosenbaum’s editorship a regular correspondence developed between them, with Keynes very appreciative of his assistance with translation and publication.

In April 1933 Rosenbaum wrote to Keynes that he had been dismissed from the journal’s editorship. The Nazi policy of “Aryanisation” had begun that year to remove Jews from jobs in the public service. In his reply Keynes hoped that Eduard might continue with his role as librarian, but that was not to be, and he was forced to retire in 1934. With Keynes’ support he came to London briefly in April 1934 to investigate potential openings but with little success.

In July he applied to the newly established Academic Assistance Council, but its founder William Beveridge was not initially supportive, considering him “essentially a librarian” and not an academic. Thanks, however, to Keynes’ persistence a scholarship was awarded from October 1934 to July 1935 to work as editorial assistant on a comprehensive edition of the works of economist David Ricardo. Eduard arrived with his family in September 1934 and shortly after the conclusion of the scholarship was appointed to LSE as Assistant Librarian in charge of acquisitions, the first holder of this post.

Under Rosenbaum’s direction, a weekly Acquisitions Committee was set up, new arrangements made for the purchase of foreign books, and special library discounts secured. Help was sought from distinguished scholars in France, Germany, Italy and America in the selection of works from those countries. Intensive efforts were made, and with much success, to build up an international library truly representative of the social sciences. So successful were these efforts that it was reported in 1937 that the Library continued to grow at the rate of around 12,000 volumes per year, and in 1938 that the intake had beaten all previous records.

Unfolding international events, such as the Spanish Civil War and the growth of fascism, were having their impact on the collections but would soon come close to home for the Rosenbaums. On 1 September 1939 the Ministry of Economic Warfare took over LSE buildings and with the advent of war Eduard became one of many thousands of enemy aliens of German origin, effectively excluding him from what was now a government office.

All registered aliens were required to appear before a tribunal and Eduard’s case was heard on 24 October at Lambeth Town Hall. Exempted from all restrictions, he returned to work at LSE on 30 October 1939. In the summer of 1940, however, he was caught up in a new wave of agitation against enemy aliens and was interned on the Isle of Man. Ironically, on the other side of the Channel, his name appeared on a Gestapo wanted list. Amid a general outcry against the treatment of internees Keynes immediately intervened on behalf of Rosenbaum and others. After nearly three months of internment Rosenbaum was released on 23 September 1940 and returned to the LSE Library.

The war and its aftermath inevitably impacted the acquisition of books and journals. Publications from across the world were hard to obtain. In Europe and Germany in particular, the situation was complicated by the division between occupying powers. To aid libraries, while gathering information about German technology and manufacturing, the British government set up EPCOM, the Enemy Wartime Publications Committee. Early in 1947 Eduard Rosenbaum was sent by EPCOM to consult with German learned societies and universities about the exchange of scientific publications, to set up subscriptions and to select from “dumps” of purged books, ie, books supporting Nazi ideology removed from German libraries. LSE certainly benefited from the trip, obtaining difficult and hard to find material.

In 1952, after seventeen years Eduard retired from the Library having made an immense and significant contribution to developing the collections through a turbulent and trying period. In retirement he continued to write and actively supported and participated in the work of leading institutions concerned with Jewish affairs, including the Wiener Library and the Leo Baeck Institute. He died in his 92nd year on 22 May 1979. 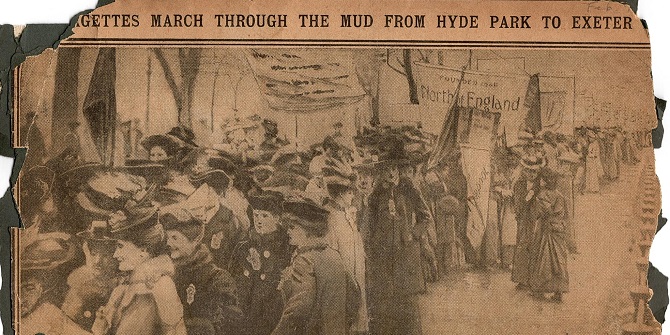