Over the past few years there has been renewed scholarly interest in the early history of the discipline of International Relations (IR) and the seminal role played by such figures as E H Carr, Hans J Morgenthau and key liberal theorists who helped build the foundations upon which the subject of IR came to be constructed in the 20th century. Professor Michael Cox believes that one writer – Goldsworthy Lowes Dickinson (1862-1932) – an English classicist based at Cambridge, but a regular teacher at the London School of Economics before and after World War I, has thus far not received anything like the attention he so richly deserves.

The son of portrait painter Cato Lowes Dickinson, Goldsworthy Lowes Dickinson himself was brought up in a Christian Socialist household. Even though he later rejected monotheistic Christianity – much preferring the Greek ideal – he retained a strong commitment to the notion of service and the idea of serving humanity. In 1881 he went up from Charterhouse to King’s College Cambridge to study Classics, graduating in 1884 with a first class degree. In 1887 he was elected to a Fellowship and lived at King’s for the rest of his life.

He published his first book in 1896 on The Greek View of Life, a wonderful work in its own right but clearly intended to suggest that their view of life and living was the “most valuable basis” upon which to build “a liberal education” in the modern world. His background and interests then led him ineluctably towards that brilliant group of young aesthetes at  Cambridge, the Apostles, who later formed the basis of the Bloomsbury group. Amongst its number were their in-house philosopher, G E Moore, the mathematician Bertrand Russell, the artist Roger Fry, John Maynard Keynes, Lytton Strachey, Leonard Woolf, and Dickinson’s biographer, the author E M Forster.

Never “a fully convinced Socialist” himself, Dickinson was nonetheless close to the Fabian Society, spoke at its meetings in Cambridge, and knew many of its leading lights including George Bernard Shaw and Sidney and Beatrice Webb – three of the four founders of LSE. It was not entirely surprising therefore that he developed a connection to the School. This began as early as 1896 (a year after LSE had been founded). In 1911 he was put on the permanent staff as a “Lecturer in Political Science”. In 1920 he finally resigned, though returned in 1924 to give one short course on “The Causes of War of 1914” which – as we will see – helped form the basis of a second book on world politics published two years later in 1926.

As his friend and biographer E M Forster later pointed out, not only did Dickinson teach several courses at LSE in its very early days – around twelve in all before 1902 – LSE left its mark on Dickinson, first by bringing him into close contact with students who did not all come from privileged backgrounds and were “not so well off as their Cambridge contemporaries”, and secondly by getting him acquainted with students from both India and China. Indeed, it was possibly as a result of this association that Dickinson decided to visit both countries.

India to be blunt only seemed to confound and confuse him, being, in his own words, “supernatural, uncanny, terrifying, sublime, horrible, monotonous, incomprehensible”. China on the other hand he loved, later describing it as “gay, friendly, beautiful, sane, hellenic, choice, human”, where even its poor people (he claimed) were happy! Dickinson later wrote on both countries in 1914 in An Essay on the Civilisations of India, China and Japan. But it was to be another book that went through several editions, Letters from John Chinaman. “Famous for the beauty of its prose”, according to Forster, it gained a much wider readership.

The coming of the war in 1914 – this “black horror of inconceivability” as Dickinson referred to it – changed his life for ever. Very soon he had become deeply involved with other like-minded people in thinking about the deeper causes of the war and how to prevent such a catastrophe ever happening again. In 1915 he and colleagues formed the first ever League of Nations Society. Later this merged with another group to form the League of Nations Union. Dickinson was also a prolific journalist during the war, writing for The Nation and the Manchester Guardian.

Yet the war left a deep mark on him. Many old students and friends had gone off to fight, never to return. Perhaps even worse for him personally, he found himself increasingly isolated in a country he loved but where militarism and jingoism were all-pervasive. Even his students in his beloved Cambridge were not immune. Their “business” he felt was “to keep the light of truth burning in a storm”. Tragically though, they had just become like everybody else: “blindly patriotic, savagely violent, cowardly or false when public opinion once begins to run strongly”.

Dickinson however did not succumb to despair and fought back in the only way he knew how: by organising and writing. Indeed, he could lay claim to at least two achievements during these difficult times: one was probably to be the first public intellectual to coin the term “League of Nations”; and the other was to write a book of immense power, The European Anarchy (1916). This relatively short volume contained within it a very big idea about the causes of the war. Dickinson was in little doubt himself. The fault did not lay with the hated “Hun”. The deeper causes of the war resided not so much in the character of the German people, the aggressive proclivities of the German state, the crisis of Empire in Europe, or the expansionary dynamics of imperialism; but in the structure of the international system.

Dickinson could not have known it then, however, in many ways, he was outlining the very “modern” structural idea later developed by international relations writers such as Kenneth Waltz and John Mearsheimer. The roots of conflict between great powers should be looked for not in the evil character of people or the peculiarities of certain states but rather in what he then termed “anarchy”. This was defined by Dickinson as the “chronic state” of war “open or veiled”, in which states are for ever engaged with the purpose of acquiring supremacy over every other state. Moreover, there could never be escape from this condition until either “empire” was “achieved” – the kind of order some believe was established after World War II by the United States – or (as he much preferred) “a common law and a common authority is established by agreement”. A League of Nations, or later, a United Nations by any other name.

It has been observed that “the war for Dickinson ended not with the Treaty of Versailles” but a few years later with the publication of his second great book on world politics, The International Anarchy 1904-1914. This finally appeared in 1926. Indeed, only when he had brought the book out, according to Forster, did he truly establish “a truce in his own heart. He could do no more against the powers of evil, he had no new weapons in his armoury”. But what a weapon it turned out to be. Begun in 1921 when he was psychologically at a very low ebb, Dickinson deployed all of his considerable research skills to produce a book of enormous learning. Tested out in a series of lectures – some at LSE itself – Dickinson later felt he had not only written a “big book on the origins of war” but “possibly the best book on the subject”. In it he once again searched for the deeper causes of World War I and discovered them in what he called “the sheer vis inertiae of Great Power politics”.

More substantial than his earlier volume, The International Anarchy was composed of 17 densely packed chapters which looked at all of the key events “which led up to the Great War”. But at the heart of the book was one central argument: namely that the war of 1914 was not some accident but resulted “from the juxtaposition of a number of states independent and armed” operating “under the conditions of international anarchy”. He also made a prediction of sorts: that there was bound to be a repeat of the Great War “unless or until some effective international authority were established”. But if another war were to break out, he feared, this might destroy civilisation for ever.

Dickinson’s detailed study found a ready audience. The Nation even called the volume “the best analysis of the international events leading to the Great War which has so far appeared”. But by the late 1920s Dickinson had said all that he wanted to say on the subject. Though he continued to reflect on the crisis of civilisation brought on by the war he never returned to write in any serious way on international affairs itself. But he did continue to publish. Goethe and Faust: An Interpretation appeared in 1928. After Two Thousand Years: A Dialogue between Plato and a Modern Young Man came out in 1930. In 1931 he then brought out Plato and His Dialogues. And returning to a theme propounded in his first book, in 1932 he oversaw the publication of his The Contribution of Ancient Greece to Modern Life.

Intellectually active to the very end of his life, he finally passed away in 1932, much mourned by those who recognised the many fine qualities of this most sensitive and most human of men. Two years later Beatrice Webb confessed in a letter to E M Forster that she was never quite able to “appreciate him as a thinker”; nor could she quite understand his great affection for a China which she most certainly did not share! Yet she was honest enough to confess that while his temperament and hers were quite different (she also assumed he would not share her new found passion for Soviet communism) he was nevertheless a “rare spirit”. Indeed, he was.

Michael Cox is Emeritus Professor of International Relations at LSE and Founding Director of LSE IDEAS. He joined LSE in 2002 having previously held a Chair in the Department of International Politics, University of Wales, Aberystwyth. His most recent books include "The Post-Cold War World" (2018), a centennial edition of John Maynard Keynes’s "The Economic Consequences of the Peace" (2019), a reissue with his introduction to E H Carr’s 1945 classic, "Nationalism &amp; After" (2021) and in 2022, "Agonies of Empire: American Power from Clinton to Biden". He is currently working a new history of the LSE titled "The School: LSE and the Shaping of the Modern World". 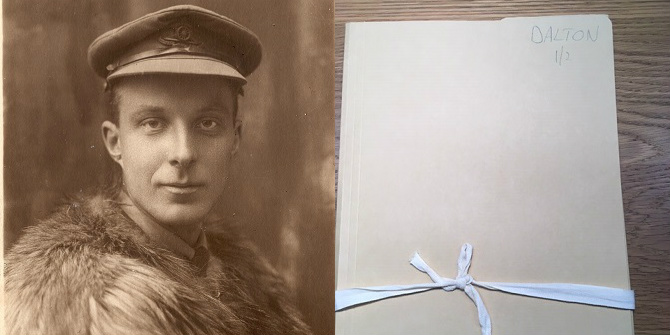 On Hugh Dalton’s archives and making up with the past 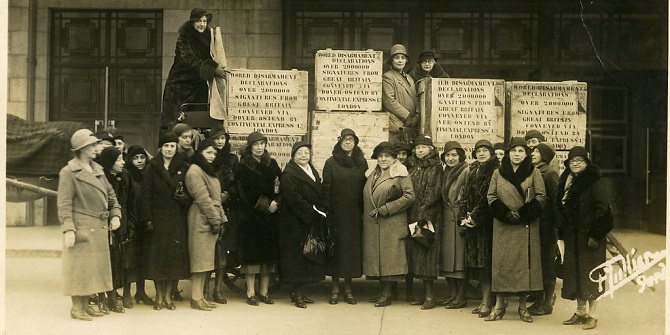