At the start of the century, LSE brought together different disciplines and perspectives on risk and regulation. As the Centre for Analysis of Risk and Regulation celebrates its 20th anniversary, Martin Lodge, Andrea Mennicken and Michael Power take a look at the role the centre has played, and how it aims to contribute as governments around the world work to shape our post-COVID world.

If an early 21st century Rip Van Winkle had joined the celebrations for the launch of LSE’s Centre for Analysis of Risk and Regulation (CARR) in 2000, he would have witnessed excited talk about questions of risk, expertise and regulatory regimes in the aftermath of the Mad Cow Disease. Such discussions would soon be followed by the Enron scandal and the changing security environment of 9/11.

If our imaginary Rip Van Winkle had gone to sleep after CARR’s launch and woken up again in 2020, he would have found a world still dominated by CARR-related debates, this time ranging from COVID-related crisis management, the regulatory implications of Brexit, the Wirecard scandal and ongoing concerns about security, including cybersecurity.

Rip Van Winkle would also find the continued presence of CARR in the corridors of Houghton Street at LSE, dedicated to the interdisciplinary study of risk and regulation across sectors and jurisdictions in both public and private organisational settings. He would (we hope) be delighted to see that the initial ambition, to provide for a hub to bring together different disciplines and perspectives, has been successful.

Would Rip be surprised by the kind of research findings and activities that have characterised CARR’s work in recent years?

The context of our research has certainly changed in considerable ways that could not have been foreseen in the pioneering days of the early 21st century. For one, the post-financial crisis age is said to have provided for an increasing politicisation of regulation. This has lead to growing demands for regulatory agencies to become more responsive, for example to consumers’ demands and experiences.

Second, and related, the context of the financial crisis and other regulatory scandals have brought greater attention to, and criticism of, regulatory instruments, including risk-based regulation.

Third, the past few years have seen a growing tension between demands for enhanced transnational regulatory collaboration just as political systems seem to be characterised by increased re-nationalisation. Amongst other things, the changing context of regulation has brought the growing tension between competing values, such as those of economy and security, into stark relief.

Our imaginary Rip would also recognise how the changing global political, economic and societal context has impacted on the direction of CARR’s research over recent years.

When thinking about risk management, debates are often focused extensively on disasters and accidents. Yet, is it also possible to study risk management practice without an implicit bias towards failure?

CARR researchers have drawn increased attention to the everyday life of risk management – the routines, values and instruments which get mobilised in risk management on the ground. Such a micro-sociological focus on risk work emphasises how the management of risk is produced from many moving parts, involving also actors who do not formally work in risk management. Such a cross-cutting, transboundary focus on risk management practice facilitates a better understanding of what shapes an organisation’s risk culture, including potentialities for success or failure.

Next to risk, the control of government by itself, as well as the role of numbers and indicators in regulation, have been a traditional CARR interest. Our research has highlighted the internationally varied ways in which quantification in the regulation of public services has progressed in different European jurisdictions.

CARR’s QUAD project has shown that the salience and operability of numbers in risk-based regulation cannot be taken for granted. The stickiness and continued endurance of organisational entity-based performance measures undermines policies aimed at the system-level (eg, public health systems). It makes inter-organisational cooperation and coordination difficult and facilitates intra-organisational silo creation (eg, quality vs finance vs operational performance). Moreover, in the past 20 years, risk-based regulation has not only become increasingly quantified, but also (big) data-driven or (big) data-informed. CARR has played, and continues to play, a key role in bringing together different debates on algorithmic regulation, its institutional preconditions, limits, opportunities and consequences.

CARR was placed at the heart of an emerging European wide research infrastructure in crisis and risk management with its TransCrisis project. The project highlighted not just the capacities and limitations of transboundary crisis management at the EU level, but also the increasing difficulties of responding to a re-nationalisation of politics that goes against the spirit of liberal democracy.

These themes will gain growing currency in the (post-) coronavirus context. Indeed, CARR research highlights the growing importance, but also the limitations of varieties of European transboundary crisis management mechanisms that will only be further tested in the post-Brexit era.

Finally, questions of regulatory legitimacy have always been central to CARR’s research. However, the context of growing politicisation of regulation and the consequent call for regulators to become more responsive requires a renewed emphasis on how regulatory agencies in particular but also governments more generally have sought to re-connect citizens with regulated services. Our latest project, called ReConnect, sets out to do exactly that in the next few years.

We cannot predict the kind of world our imaginary Rip van Winkle will wake up to should he go asleep again for the coming 20 years. However, he can snooze in the knowledge of a well-positioned research agenda to address the forthcoming challenges in risk and regulation in the post-COVID world.

Find out more about the Centre for Analysis of Risk and Regulation (CARR).

Dr Andrea Mennicken is Associate Professor of Accounting in the Department of Accounting at LSE, and Co-Director of LSE's Centre for Analysis of Risk and Regulation (CARR).

Martin Lodge is a Professor of Political Science and Public Policy in the Department of Government at LSE and Co-Director of LSE's Centre for the Analysis of Risk and Regulation (CARR).

Michael Power is Professor of Accounting in the Department of Accounting at LSE and a Senior Research Associate and former Director of LSE's Centre for Analysis of Risk and Regulation (CARR).

LSE Law Centenary - a history of the Department April 10th, 2019 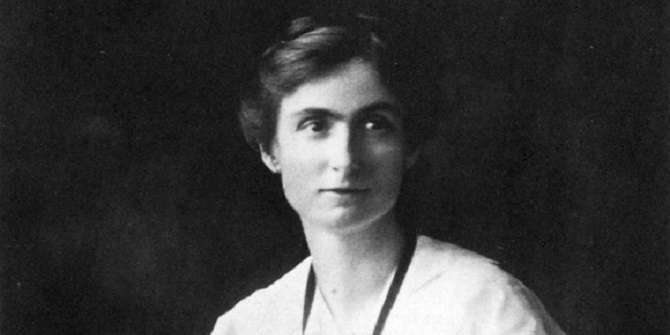