Born in the UK in 1897 and studying social work at LSE between 1918 and 1932, where she gained four qualifications including the American influenced Mental Health Certificate, Jocelyn Sophia Hyslop’s remarkable social work career is attracting renewed interest in Australia, writes Jane Miller in the second in a series of posts on Australian social workers and the Mental Health Diploma at LSE.

Having been appointed as Melbourne’s first Director of Social Work Training in 1934, the course which continues to the present as the University of Melbourne Social Work Department, Jocelyn Hyslop spent a decade in Melbourne. She not only established social work training in Victoria but was also the major influence in the establishment of a national social work curriculum which became the basis for today’s strong profession in Australia.

As both a public intellectual who advocated for marginalised people and as a psychoanalytically oriented social worker she had been firmly opposed to religion. However, after a serious illness in 1943 she experienced a “spiritual revelation” [1] turning to embrace a religious life. Eventually joining an Anglican order of nuns, the Community of the Resurrection based in South Africa and Rhodesia, she died in 1974.

Jocelyn Hyslop gained the Social Science Certificate with distinction in 1919, Diploma of Sociology in 1920 and BSc (Economics) 2nd Class Honours with special subject Sociology in 1927. She was one of the handful of social workers selected to study the newly established Mental Health Certificate which she was granted with Distinction in 1932. The granting of the Loch Exhibition in 1918 and 1919, and the Metcalfe Scholarship for women in 1924 assisted her in her studies. Although her application to undertake a doctorate was accepted she withdrew advising that she could not afford the fees.

Setting up a social work course at Melbourne

Melbournians looked to LSE for guidance when they commenced their embryonic social work course in 1933, recording that Miss Eckhard, Senior Tutor of the Social Science Department of LSE had “advised about the amount of practical work and the content of lectures in the LSE course”. [3]

By February 1934 a London-based committee to search for a director had recommended Jocelyn Hyslop who in addition to good academic credentials had direct experience as a London County Council Child Care Organiser and psychiatric social worker (the new specialty) in Liverpool and Leeds. She had also lectured at the LCC’s Avery College.

With financial support from the Commonwealth Fund and the Carnegie Corporation Hyslop was sent on a tour of social work agencies and schools in the USA en route to Australia. On her arrival in Melbourne in December 1934 on the liner the Monterey the reporter from the Melbourne Argus found her “possessed of great charm of manner and a very definite personality”. She told him that:

In comparison with the training given in England in the university schools of social service, the American work stands out as avowedly professional…Whereas in England social science is taught and practical work is arranged in the field, in the United States the practice of social work in individual cases is taught and much of the classroom material is provided by the students from their day to day experience in the field. [4]

Miss Hyslop, having laid down the gauntlet, spent a decade working to establish a social work curriculum which bore more relationship to American than British social work of the day. Within weeks of her arrival the governing Board had endorsed her recommendation that the fieldwork component be doubled and that it should be used as the basis for theoretical teaching in contrast to the English model where she considered the emphasis was on social science with little connection between theory and fieldwork. [5] To reflect this it was agreed that the name of the Diploma would be changed from “Social Science” to “Social Service”. [6] By 1938 when the three Australian schools of social work met to agree on curriculum nationally, the problems which had beset the Sydney course meant that it was Melbourne which provided leadership. [7]

She was a provocative speaker in public forums – in 1938 in a lecture on “A Philosophy of Social Progress” she challenged Melbournians to think broadly about social disadvantage and their own cosy lives:

Have we any right to condemn the sustenance road workers for idleness, while we forget the months of underfeeding, the blistered hands and the lack of incentive in a “rationed task”?  It is the right of every one to expect such consideration, and it is the duty of all to attempt to give it.  Such reciprocity will give us social justice – the only possible condition of social progress. [8]

In 1940 Melbourne’s first social work course had reached the standard required to be accepted as a course within the University. Professor Alexander Boyce Gibson, Professor of Philosophy predicted that the University had shown such good will that they would be “moving among friends” in their new home. [9]

At Hyslop’s farewell in 1944 Gibson said:

…the place occupied by the professional social worker in Victoria and the standards which the professional social worker is now expected to achieve, are the result of Miss Hyslop’s own personal achievement.  Miss Hyslop came to Melbourne in 1934, at a time when the pioneers in voluntary social work had reached that point of success at which the results of their practical experience had to be wielded into a theory, and supported by a study of the social sciences.  It was at this moment that Miss Hyslop arrived and she seized it, as she seizes all moments, with both hands. [10]

This brilliant reformer then dropped from view. She spent the rest of her life, from 1946 to her death in 1980, in South Africa and Southern Rhodesia.  However her Memorial Book in the chapel of the Community of the Resurrection speaks of “an original mind and… a wonderful gift for making contacts with every type of person – young and old, rich and poor, sick and well… in her counselling there were never ‘cases’ but persons for whom Christ died…”. [11]

Recent recognition of Jocelyn Hyslop’s contribution to social work has resulted in the establishment of a prestigious award at the University of Melbourne – The Jocelyn Hyslop Medal for Social Work. Awarded to Professor Dorothy Scot in 2015, Ms Jean Downing in 2016 and to Professor Marie Connolly on her retirement from the position of head of social work in 2018, it recognises alumni or staff whose outstanding contributions have been integral to the success of social work at the university.

Melbourne during the Great Depression

The following photos from the State Library of Victoria were taken in the 1930s by Melbourne Methodist slum reformer, Oswald Barnett (1883-1972). They depict the Melbourne where Miss Hyslop’s students were to work. It was something of a shock for these young middle class women.

Hyslop, Jocelyn Sophia in The Encyclopedia of Women and Leadership in Twentieth-Century Australia

Miller, J, and Nichols, D “Establishing a Twentieth-Century Women’s Profession in Australia: Jocelyn Hyslop, the Little-Known Story of the Founding Director of Social Work at the University of Melbourne”. Lilith: a feminist history journal, vol20, no, 2014, pp 21-33.

Jane Miller’s research for her doctorate completed at the University of Melbourne, "The Predominance of American Influences on the Establishment of Social Work at the University of Melbourne 1920-1960" was greatly assisted by the friendliness and efficiency of the LSE archivists and librarians. She has just completed a book "Australian Social Work Education: Founders and Forebears, 1900-1960".

Posted In: Women at LSE 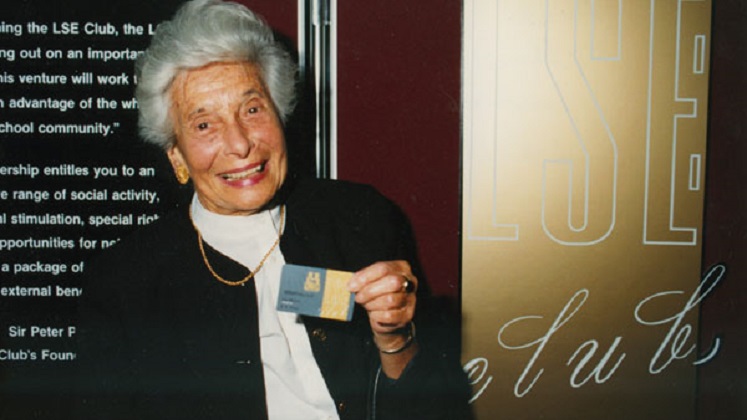 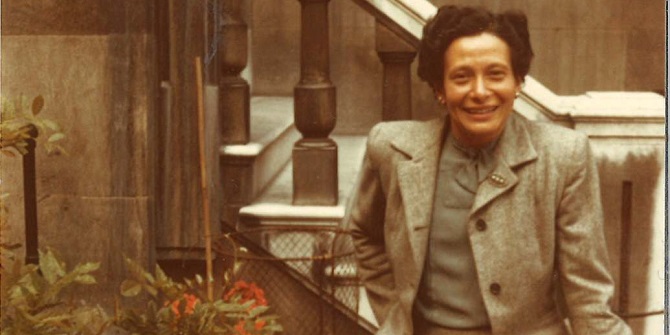