From Anschluss to VE-Day 2020: Britain’s Changing Attitudes Towards Austria

From Anschluss to VE-Day 2020: Britain’s Changing Attitudes Towards Austria

In the 1930s, a period fraught with diplomatic tension and uncertainty, the Chamberlain government was unwilling to go to bat to protect Austria from Nazi encroachment. However, from within the British Legation in Vienna, dissenting voices emerged who argued that Britain should take a stronger stance to safeguard Austrian interests. Reflecting upon Dominic Raab’s VE Day address to Austria, Cambridge PhD Candidate Tim Schmalz challenges the familiar narrative of British appeasement by highlighting one of these dissenting voices leading up to the Anschluss in 1938.

On 8 May, European leaders led national commemorations to mark the seventy-fifth anniversary of the end of the Second World War in Europe. In an address to the people of the Federal Republic of Austria, British Foreign Secretary Dominic Raab paid tribute to the ‘sacrifice and heroism’ of the fallen ‘who died fighting to defend the freedoms that we cherish today’. He concluded his remarks by extolling the seventy-five years of Anglo-Austrian cooperation since the ‘new beginning’ brought about by VE-Day – a relationship that has been ‘nurtured by common values and the experience of everything we have been through together’.

But if 1945 signified a ‘zero hour’ for British-Austrian relations, what did this bilateralism look like immediately before the war? Raab’s reflections on ‘the very deepest solidarity and friendship’ between Britain and Austria in the postwar era expose an attitude very different from the one held by those in power in the Foreign Office and Whitehall in the 1930s, a period fraught with diplomatic tension and uncertainty.

Many will be familiar with the well-trodden narrative of interwar British appeasement. After the Munich Agreement of 1938 in which the German-speaking Sudetenland in Czechoslovakia was ceded to the Third Reich, the infamous image of Prime Minister Neville Chamberlain declaring ‘peace for our time’ has become emblematic of a period broadly characterised by British concessions to Germany. In violation of the Treaty of Versailles, Germany remilitarised the Rhineland in 1936, strengthened its unlawful rearmament programme, and annexed Austria in the Anschluss of March 1938. After a series of diplomatic failures to deter increasing German expansionism, Britain’s apparent inability to manage European affairs was laid bare.

But this historiographical perspective is written overwhelmingly top-down and is London-centric. By many accounts, Chamberlain’s conservative government was unwilling to go to war in defense of Austrian autonomy for a number of reasons: military and economic unpreparedness, legitimate calls for German unification with Austria, and an altogether undervaluation of Austria’s sovereignty within a wider European context. However, some in the British Government stood up for Austria. In what follows, the voice of a lesser known diplomat stationed at the British Legation in Vienna will be highlighted, a person who challenged the prevailing attitudes within the Foreign Office (FO) by arguing for Britain to take up a stronger stance against Nazi encroachment on Austria.

Our Man in Vienna

Britain’s minister in Vienna from 1933 to 1937 was Sir Walford Selby, a career diplomat whose long association with Austria dated back to 1910, when he was sent by the FO to announce the accession of George V to the Habsburg court. After nearly a decade of service as Principal Private Secretary to a number of Foreign Secretaries, including Ramsay MacDonald, Austen Chamberlain, Arthur Henderson and John Simon, Selby developed ambitions to be appointed as Permanent Undersecretary of the Foreign Office. The influential position had become vacant in 1930, but ended up going to Selby’s rival, Sir Robert Vansittart. Instead, in 1933, Selby was posted to Vienna, a mission which had declined in diplomatic prominence in London’s eyes after the dissolution of the Habsburg Monarchy. Yet, it was still considered by many in the FO to be a prestige post where life was good and the work was minimal. Indeed, upon receiving his commission, Selby quickly penned his thoughts in a letter to his mother, to whom he wrote nearly every second day, in which he describes how ‘the comforts and lush culture of the city of Vienna, with which I had grown accustomed in my earliest assignments, will surely be a splendid and familiar posting in which I shall end my career’. Little did he know what he was stepping into.

When the atmosphere in Vienna began to intensify after a Nazi coup in the summer of 1934, claiming the life of Chancellor Engelbert Dollfuß, Selby quickly realised the significance of his position. He mobilised his Legation staff to gather information to relay to London news and intelligence sources in order to provide policy recommendations. Seeing himself as perhaps the FO’s most vital soldier on the ground, with the fate of Europe dependent upon how events in Austria unfolded, Selby envisaged that he was drafting Britain’s hard-line response to Hitler. It was only through Whitehall’s repeated conciliation towards the Third Reich that Selby – with great disillusionment – began to realise his marginality to decision-making.

Continually dismissed by his line manager and rival in London, Vansittart, Selby expressed his frustration at Britain’s ostensible indifference to Austria through private channels. In one letter to his counterpart in Paris, William Tyrrell, Selby wrote, ‘It is to you that I feel I can open my heart, without any fear of misunderstanding or misinterpretation. I want you [emphasis original] of all people to know all that is moving within my mind.’ He continued, ‘I do not want to appear in the guise of a “defeatist,” but I am anxious, deeply anxious…it is unpleasant to be a critic of the policy of one’s country…but I can see nothing happening in front of my eyes other than the triumphal progress of German policy.’

As Britain’s chief representative to Austria, one of Selby’s more peculiar responsibilities was serving as guide and watchdog to the former King Edward VIII, by then the Duke of Windsor. The Duke fled England to reside at the home of Eugène de Rothschild just south of Vienna for six months after his abdication in December 1936. The Duke’s lavish lifestyle and seeming openness to influence from across the German border made Selby’s day-to-day watch ‘tedious and uncomfortable’ and which Selby surmised was a strategic assignment designed to limit his interference in policy matters. 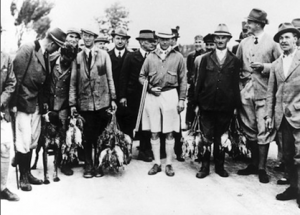 For Austria, its end came swiftly. The repeated attempts of the Dollfuß and Schuschnigg governments during the mid-1930s to secure western pledges of support, and the work of Selby’s Legation, fell on deaf ears. In a moment of heightened stakes, Hitler pounced on Austria after demanding that a referendum on Austrian sovereignty, planned for 13 March 1938, be called off, issuing an ultimatum to Schuschnigg to resign. On the morning of 12 March, the Wehrmacht crossed the border. The day after, Schuschnigg’s Nazi successor Arthur Seyss-Inquart revoked the Treaty of Saint-Germain (1919), which forbade union between Austria and Germany. On 15 March, Hitler addressed the masses assembled on the Heldenplatz below the former Habsburg palace, the Hofburg, and a month later a plebiscite confirmed Austria’s absorption into the Third Reich. The Anschluss was completed.

This snapshot of Selby’s experiences adds further complexity to the British Government’s attitudes towards Austria in the 1930s by demonstrating that voices of opposition emerged from within the Legation in Vienna (‘from below’). Selby’s consternation and bewilderment that Britain’s Austrian experts – his Legation staff – were ignored only fueled his resolve to share his anxieties and convictions privately. In some ways, the rhetoric employed by Selby and his Legation laid the groundwork for the ‘victim theory’ that underpinned Austria’s postwar ideological framework. Seen differently, Selby’s determined yet unfulfilled efforts to defend Austria in the face of Nazi aggression offer lasting resonance to Raab’s ‘commitment to “nie wieder”, never again’.

Crisis in Greece: Will History Repeat Itself?

Reclaiming ‘Colombian’ identity: the toppling of the Belalcázar monument

Review Essay | The People, No: A Brief History of Anti-Populism by Thomas Frank