A Transatlantic History of the Social Sciences helps us better understand how and in what way the social sciences came to occupy a central place in universities across Europe and North America. Author Christian Fleck shows that the social sciences were born in order to help make sense of a complex and changing world, yet ultimately their very shape was structured by the very world they sought to explain. Daniel Sage finds the book to be essential reading for anyone interested in the origins of social research. 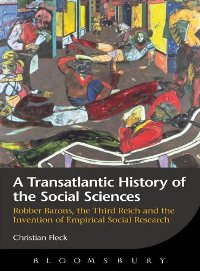 A Transatlantic History of the Social Sciences: Robber Barons, the Third Reich and the Invention of Empirical Social Research. Christian Fleck. Bloomsbury Academic. 2011.

During the twentieth-century, the pace of scientific and scholarly exchange between Europe and North America underwent something of a revolution. Over many decades, increasing numbers of academics made the journey across the Atlantic, with profound consequences for many disciplines. Yet the impact of such exchange in terms of disciplinary development was probably of most importance for the social sciences. In this new English language edition of an acclaimed 2007 study, Christian Fleck – professor of sociology at the University of Graz – meticulously explores how the complex and often troubled story of European-American intellectual relations was instrumental in the development of empirical social science.

This review was first published on the LSE British Politics and Policy blog on 1st April 2012.

Posted In: Britain and Ireland | Europe and Neighbourhoods | USA and Canada