Amy Watson considers a new generation of feminist readings of Hegel that impress and inspire. This volume runs the risk of naval gazing, but avoids doing so by consistently drawing philosophical discussions into the contemporary political sphere.

With the aim of re-evaluating and re-appropriating Hegel from a feminist perspective, this collection of essays provides a compelling exploration of the highly influential nineteenth century philosopher’s ideas, and illustrates the ongoing development of multiple feminist perspectives in contemporary politics. Explicit links are made throughout the book between philosophical debates and political action, particularly in terms of how feminists can orientate themselves in the ever-challenging and unstable political landscape of the twenty first century.

Numerous authors from a variety of backgrounds have contributed to this volume, including the LSE’s own Professor Kimberly Hutchings, and the author of feminist bibles Gender Trouble and Bodies That Matter, Judith Butler. The book includes multiple perspectives and multiple feminisms; the variety of different readings of Hegel’s work are considered to further diversify its potential for feminist analyses. This pluralistic perspective is refreshing, and is certainly a key strength of this volume.

It is fair to say that Hegel expressed misogynistic sentiments in his work, at least implicitly. For example, Tuija Pulkkinen notes in the chapter Differing Spirits that Hegel regarded the feminine consciousness to be incapable of that reflection or creation which the masculine ‘spirit’ enjoys. Alison Stone’s essay Matter and Form also exposes this prejudice well, illustrating a polarised gender hierarchy as fundamental to Hegel’s system, with women’s bodily and physical nature irreducibly binding them to the family sphere. Stone’s work here is in many ways emblematic of this book’s framing – she argues that acknowledging the deeply gendered structure of Hegel’s philosophy should inform subsequent research, in order to avoid reproducing similarly gendered ideas. As such, Stone fiercely criticises Simone de Beauvoir for attributing part of the blame for women’s oppression on their own biology – the “inherent obstacles” of their reproduction, mothering, menstruation – essentially replicating Hegel’s approach. Instead, the author argues, we should be looking to criticise what society has made of this biology.

Similarly, Kimberly Hutchings and Tuija Pulkkinen’s introductory essay suggests that feminist critiques of Hegel expand into arguments about Hegelian and feminist thought, and how they may illuminate each other. So whilst both Pulkkinen and Stone argue that Hegel continues to offer feminists inspiration for thought, Pulkkinen’s argument emphasises unwitting commonalities that particular readings of Hegel have with key gender theorists, specifically with regards to the ‘restlessness of gender’, modes of being that surpass a gender binary, and Hegel’s understanding of history and culture as processes of constant change.

Perhaps the best example of this multiplicity is in the final chapter, Debating Hegel’s Legacy for Contemporary Feminist Politics, in which Nancy Bauer, Kimberly Hutchings, Tuija Pulkkinen and Alison Stone all contribute. Their contributions take the form of three rounds of email exchanges and responses, beginning with the question ‘Does Hegel’s work have any significance for contemporary feminist politics?’. What follows is a fascinating discussion in a refreshing format, covering political rights and recognition, the market economy, binary thinking, restless thought and immanence, post-feminist understandings of ‘sexiness’ as socially empowering, contemporary divisions of productive and reproductive labour, objectification, popular representations of feminism, socialism, sexuality, and the global challenges for feminism. The discussion leads Pulkkinen to declare Hegel a ‘gender politician’, and well illustrates how, as Hutchings says, Hegel “helps us to think differently about the meanings and implications of categories such as sex and gender”.

This chapter is particularly strong as it reigns in highly abstracted concepts to emphasise their contemporary political relevance. This volume runs the risk of naval gazing, but avoids doing so by consistently drawing philosophical discussions into the contemporary political sphere. As Pulkkinen argues, “Hegelian thought also encourages the insight that politics of rethinking cannot happen in the abstract.”

However, bell hooks’ adage that “the master’s tools will never dismantle the master’s house” haunts these writings. Her words are particularly striking in light of Hegel’s master/slave dialectic. Negotiating this ultimately becomes a matter of personal preference, but this volume offers enough compelling insight – and warnings about ignoring the master’s tools – to satisfy many readers.

This review was first published on the LSE British Politics and Policy blog on 28th November 2010.

Amy Watson is a PhD candidate at the Department of Central and East European Studies at the University of Glasgow. She is researching gendered welfare state change and neoliberalism in the Czech Republic, including the impact of EU accession, with a focus on the everyday lives and subjectivities of women and men. She previously gained an MSc in Gender and Social Policy at the LSE, BA(Hons) in History at the University of Leeds, and has worked in a number of public and third sector organisations. Read more reviews by Amy.

Posted In: Contributions from LSE Alumni | Gender and Sexuality | Philosophy and Religion 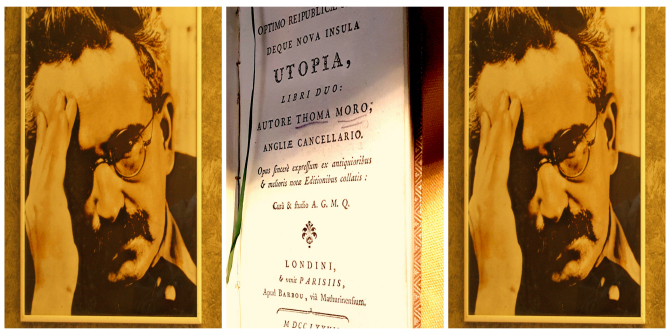