In Media Regulation, Peter Lunt and Sonia Livingstone examine the challenges of regulation in the global mediated sphere. The book explores the way that regulation affects the relations between government, the media and communications market, civil society, citizens and consumers. Dr Petros Iosifidis finds that the book’s elegant but rigorous analysis and use of case studies from all over the world make it an essential tool for undergraduate and graduate students in the field of media and communications. 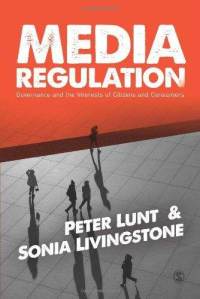 Media Regulation: Governance and the Interests of Citizens and Consumers. Peter Lunt and Sonia Livingstone. Sage. 2011.

‘Policy and regulation’ (or ‘global governance’ as a new fashionable mantra denoting structural changes in policymaking) is a field of media research that began to emerge in a substantial way in the early and mid-1980s as the reregulation policies of the Reagan presidency spread to Britain and the rest of Europe. There is a growing body of literature in media policy and regulation, showing that there is increased interest in the field (see, for example, McQuail, 1992; Tumber, 2000; Marsden and Verhulst, 2000; Raboy, 2002; Feintuck and Varney, 2006; Silverstone, 2007; Iosifidis, 2011). Yet, this field of study appears to be under-theorized, not well-defined in its boundaries and open to controversial interpretations regarding the main processes and actors involved.

Media regulation has always been controversial since it assumes state intervention, which limits freedom of expression and the right to communication. Globalization, technological convergence, and other structural changes such as privatization, commercialization, industry consolidation, and reregulation (referring to the relaxation of strict rules for broadcasting and telecommunications and the introduction of ‘light touch’ regulatory frameworks) have had an impact that affects media policymaking and regulation. Many commentators attempt to elaborate on the theoretical foundations for understanding the ongoing developments in communications policy and regulatory aspects by providing definitions of the concept of the ‘public interest’.

This welcome volume by leading scholars Peter Lunt (Professor of Media and Communication at the University of Leicester) and Sonia Livingstone (Professor of Social Psychology at the London School of Economics and Political Science) contributes to this discussion by attempting to examine the socio-cultural, political, economic and legal/regulatory issues that are used to regulate the media industry in contemporary society. The book proposes to refer to the various possible meanings of the concepts of the public interest and the public sphere in exploring the different regulatory models and practices. The book starts by looking at the emerging regime of regulation in the context of academic theories of globalisation and governance, whilst at the same time conducting a thorough analysis of regulatory practice in the public interest. Drawing on theories of governance, the public interest and the public sphere, the volume explores the way that regulation affects the relations between government, the media industry, civil society, citizens and consumers.

In the chapters that follow this, the authors look at the broader context of academic theories of regulation and then discuss the debates leading up to the establishment of Office of Communication (Ofcom) as a new powerful and converged UK media and communications regulator, focusing on the arguments over whether regulation should serve the interests of consumers or citizens. Citizens and consumers are typically considered as opposite and contradictory identities (the traditional distinction is that citizens are involved with politics and consumers are attached with popular culture), though they are inevitably entwined in modern society. Lunt and Livingstone offer a close reading of the use of these terms that define ‘the public’ and trace the dichotomy between citizen-consumer through to the nature of Ofcom as both a statutory agency and an institution in the public sphere, dissecting its internal and external relations, structures and functions.

Having considered in depth the changing nature of regulation in the first sections of the book, the authors move on to explore a number of case studies to illustrate their points. More specifically, Lunt and Livingstone explore how Ofcom has viewed four crucial areas of media policy, namely the review of public service television, actions taken toward the promotion of media literacy, challenges and policies concerning advertising regulation and childhood obesity, and finally work on promoting community radio. These case studies are mainly UK-centred, though all the chosen areas are found on the agendas of many governments in Europe and around the globe. In this sense the book is likely to have a global appeal.

For example, in Chapter 5 the authors investigate in detail Ofcom’s reviews of public service television, a medium that despite the rise of the Internet and social media still plays an important role in a democracy through the provision of independent news and current affairs, high-quality programming, and content accessible to all citizens. Given the proliferation of channels of communication in the digital era, the future of public service television funded by viewers has been a topic of intense debate across the globe. As a statutory body Ofcom has a duty to regularly review public service television, which in the UK not only includes the BBC but also other commercially-funded channels with public service obligations. Lunt and Livingstone offer a thorough analysis of the first and the second Ofcom reviews conducted in 2004 and 2009 respectively, the consultation processes during which stakeholders had taken the opportunity to make a range of views, the impact of the reviews on public debate, and the criticism that they attracted. As they write “both reviews attracted considerable criticism for their focus on economic matters at the expense of social and cultural policy…”(p. 113). And they add: “in the second review [Ofcom] acted more as a means of gathering evidence and opinion on behalf of government” (p. 113). This is in line with Tunstall’s view that UK broadcasting policy and its regulation has in recent years evolved from an amateur to a more professional approach, while public service broadcasting has been quantified and is therefore more receptive to quantitative (evidence-based) measurements (see Tunstall, in Iosifidis, 2010).

Equally important is the case study on community radio which, alongside other not-for-profit local and community media, can foster social cohesion and local identity, empower citizens and motivate them to become more actively engaged in civic society. Lunt and Livingstone elegantly explore the relationship between community radio and regulation by focusing on Ofcom’s work on community media and assess whether community radio demonstrate a success for regulatory intervention. The authors argue that the challenge for regulators should be “to facilitate rather than curb the resultant creativity, the diversity of forms and purposes, the symbiotic relation between community media and the culture of everyday life…” (p. 174) and conclude that despite Ofcom’s efforts there has been a lack of opportunities to develop community media in the UK, owing mainly to funding problems, but also to “the regulatory burden, the restrictions on financial arrangements and the insistence on the separation of community radio from commercial and public service radio” (p. 174).

Through its strong theoretical and empirical grounding as well as the incorporation of the relevant literature, this publication will serve as an essential tool for undergraduate and graduate students in the field of media and communications. Academics, industrialists and policymakers could benefit from the book’s rigorous examination of policy and regulatory implications of the increasing media globalization and the ongoing processes of technological convergence.

Dr Petros Iosifidis is Reader in Media Policy in the Department of Sociology at City University. As a media policy academic, he works on the social, political and economic aspects of the media industry. He is Books Editor of the International Journal of Digital Television, and currently heads the Centre for International Communications & Society in the Department of Sociology. As part of this group he has developed extensive expertise in the areas of broadcasting, telecommunications and digital media policies, global media market structures, regulatory frameworks and the public interest.

Posted In: Britain and Ireland | Europe and Neighbourhoods | Media Studies 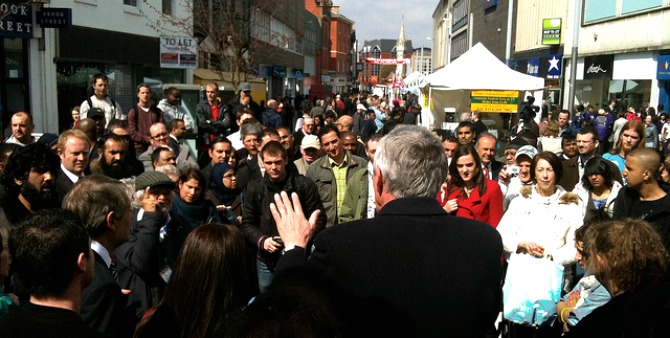