What does it mean to say that modern politics is personalised? To what extent is it more personalised than in the past, what is distinctive about contemporary forms of personalisation and are these changes enduring? Nick Anstead is impressed by Ana Inés Langer’s book, which allows us to understand the role of political leaders as both cause and consequence for important events, relationships and processes in British politics.

The sense that British politics is increasingly focused on leaders at the expense of parties, parliamentary candidates, ideologies and policies, has been pervasive in discussion of political communications in recent years. This idea is expressed in a number of ways – that politics is becoming personalised, Americanised or presidentialised, almost always with the normative implication that something alien is being introduced into a frequently idealised model of British parliamentary democracy and cabinet government.

Ana Inés Langer‘s thorough and interesting new book offers a detailed study of the validity of such claims. Langer undertakes a least three useful services for the scholarly community. First, she successfully unpacks distinct elements of the presidentialisation and personalisation processes, the former defined as a more narrow institutional process redefining the role of the leader, and the latter as a greater focus on the personal lives of politicians. Second, the simple notion of either of these processes being linear trends is debunked. Especially noticeable here is the increased focus on party leaders during Wilson and Heath’s tenures in office, reminding contemporary scholars just what a revolutionary period for political communications the mid-60s to early 70s were.

These previous two goals are achieved through quantitative content analysis techniques, and are certainly a worthy endeavor. However, the volume really comes alive when it applies qualitative methodologies to understand premierships going back to Baldwin. Langer’s great skill here is taking a relatively discrete element of the make-up of the political system (the role of Prime Ministers in political communication), and linking it to the broader topography of British political and social development. In so doing, she allows us to understand the role of political leaders as both cause and consequence for important events, relationships and processes in British politics.

For example, there is a fascinating comparison drawn between Harold Wilson and Tony Blair. In many ways, the two politicians had much in common – they were young, charismatic Labour leaders, who gained their position after the unexpected death of a senior colleague. Both sought to portray themselves as modern, pragmatic and in-touch with celebrity culture, and succeeded in bringing their parties out of long periods of internecine conflict and back into government.

In communication terms, both attempted to portray themselves as archetypes, as men of the people. Here the differences are striking though. The pipe smoking, mac wearing, Scilly Isle holidaying Wilson consciously retained his Huddersfield roots, drawing on a particular form of working class symbolism. In contrast, just three decades later, Blair sought to portray himself as a broadly classless, Ford Galaxy driving family man completely in touch with aspirational middle Britain. Both images were, partially at least, constructions (Wilson preferred cigars in private, while Blair’s north London lifestyle was radically different to that found in aspirational middle England). However, that does not make their images insignificant or even necessarily shallow. Both Wilson and Blair acted as a mirror for the social realities of their own time. The skill of the two politicians is to be found in their identifying and then successfully channeling these realities.

Other politicians are not so lucky, especially if they follow or are competing with the most able communicators. As much as they reflected the world they lived in, Wilson and Blair also shaped the communication environment for those came after them. Due to them, others were doomed to exist playing a game for which they were ill-suited or they greatly resented. Ted Heath and Gordon Brown spring to mind as the obvious examples. Indeed, viewed in this way, it becomes possible to see the communicative demands made of certain politicians – highly skilled in many ways, but ill-equipped in this area – as a significant cause of unhappy premierships in the recent decades.

Langer consciously notes her work is not about electoral politics (indeed, the sample is deliberately gathered in such a way as to prevent the “distorting” effect of general elections). Nonetheless, it is worth reflecting on her findings in the light of the 2010 election. As Langer notes, this election offers some mixed messages about the level of personalization in British politics.

The central event of the campaign was the televised leaders’ debate, which focused a microscope on party leaders in a manner that had previously not occurred in the United Kingdom. As a result, the fortunes of Brown, Cameron and Clegg were inextricably linked to the election campaign narrative in a previously unprecedented manner. However, there were is also evidence of other, seemingly contradictory trends. Gisela Stuart’s victory in Birmingham Edgbaston defied the national swing, and proved the power of a well-run local campaign to defy national trends (which must, by definition, include the impact of the leaders’ popularity). Similarly, the success of Caroline Lucas in Brighton Pavilion shows the continuing and growing challenge being mounted by small parties to the dominance of the big three. As such, the results map produced by the 2010 election was complex, and likely the product of a number of inter-related and sometimes contradictory trends, of which personalization is only one.

Similarly, the outcome of the election, which led to the first peace-time coalition government since before World War II, will necessarily lead to new ways of doing politics. As importantly, the public may come to view the role of politicians and leaders differently. The same might be said of the ongoing economic crisis and the new challenges posed by the politics of austerity, which look likely to do so much to shape the political landscape in the coming decade.

If Langer’s volume tells us anything, it is this: politicians are very adaptable when it comes to how they present themselves. While scholars and journalists tend to talk in terms of long-term trends, there is also a great role for contingency, circumstance and personality. We would do well to remember this. 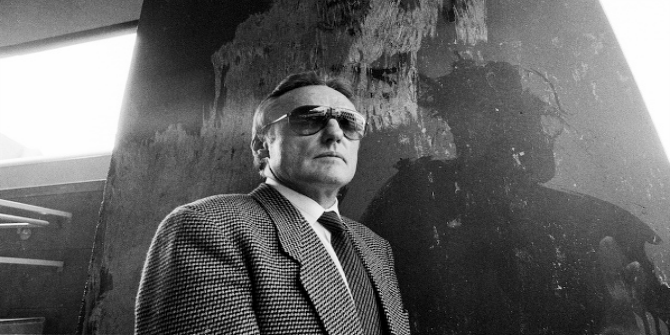 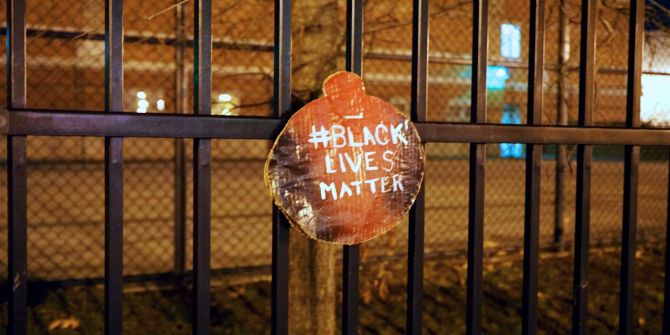