Political journalists often refer to Leader of the Opposition as the hardest job in politics, but opposition studies have remained largely neglected by political academics. To address this gap, this edited book brings together a team of leading experts to evaluate the performance of each Leader of the Opposition in the post-war era. Reviewed by Catherine Haddon.

Politics is so often about both people and ideas. The role of the British Leader of the Opposition demonstrates this more than most. They may guide or lead their party’s ideas and messages to the electorate, but managing the people within those parties can be as time consuming and often more critical to their success as leader. Leaders of the Opposition edited by Timothy Heppell is therefore a timely and valuable analysis of what has made for success for opposition leaders throughout the post war period.

The book is a collection of relatively short chapters on sixteen of the post war British leaders of the opposition. The analysis in most of the chapters is structured around four criteria of what being a leader of the opposition involves: party management, development of a policy platform, ability as a communicator and emotional intelligence.

As such, this book is not about opposition itself. It is not exhaustive on the parties’ experiences – the changing ideological stances, the rises and falls of individuals, factions and ideas. All are covered to a lesser or greater extent, but here it is how they relate to the role of the leader in managing them. Nor is it a pure narrative of each individual’s time in opposition – there are biographies that do that job. But it does add to the literature on each of them, examining the individuals and their eras in a slightly different light.

What it provides most usefully, through the framework, is what the role of opposition leader involves. Some things seem common to all, such as party management. Others have evolved, such as how communication has developed alongside media changes – so much so that ‘an excessive reliance on communicative style could prevent the emergence of politicians of substance like [Clement] Attlee’.

We also see in the chapters how the development of policy has changed over time and according the style and outlook of different leaders. For Winston Churchill, ‘it is dangerous to prescribe until you are called in’, though not all in his party felt the same. For Edward Heath the impression he gave of a ‘plan to revive Britain’s fortunes’ before the 1970 election was a big part of why, when in government, he was considered ‘too inflexible to improvise a workable Plan B’. Tony Blair, perhaps more than any other leader, achieved the paradox of ‘a credible policy platform’ yet with ‘few specific policy commitments and a set of rather vague aspirations’.

Some chapters are more inward looking – to party and ideology – but often reflecting the characteristics of the leader in question, the circumstances with which that leader is grappling and the, often elusive, levers of power at their disposal. Sometimes, as Heppell and Honeyman conclude of Attlee in the early 1950s, all a leader can do is ‘keep… the party together’. The fortunes of the governments that they opposed were as much, and sometimes more, a factor in electoral success. And the authors rightly do not ignore this. Churchill’s party’s recovery in 1951 ‘happened under him rather than because of him’ and in 1979, for Margaret Thatcher’s Conservative opposition, ‘the Labour Government was its own worst enemy’.

We see in some of the chapters both the differences and similarities of the Labour and Conservative parties. As Tim Bale reminds us in his chapter on David Cameron, ‘the Tory Party is not, nor has it ever been, a democracy. It is a top-down organisation, whose leader is personally rather than collectively responsible for its strategic direction and ultimately for its success or failure’. Contrast this with the chapter on Clement Attlee, who saw himself as the ‘mouthpiece’ of the party, or with the chapters on Hugh Gaitskell and Harold Wilson and their different approaches to dealing with the factionalism in their party.

For those not knowledgeable of UK post war political history the book provides a fair overview, but does not pretend to be thorough given its focus. For those more familiar with UK political history the framework offers a good and sufficiently different analysis to supply something extra. The scrutiny of some of the criteria could sometimes be more determined or deeper. But this would reduce the narrative and historical coverage that is there. It is a difficult balance to manage and it is done well enough.

Looking at some of the dominant political figures of the British post war period through their time as opposition leaders is a reminder of how significant the period in opposition can be and yet the memory of it easily overpowered by subsequent events. Philip Norton notes that the ‘intellectually coherent philosophy’ of Thatcherism was not so clear in opposition, but her leadership style certainly was. For Simon Griffiths, Neil Kinnock’s reputation has undergone a ‘decline and rise… rising sharply as changes under Kinnock were seen to reap electoral rewards under Tony Blair’.

Success in opposition is naturally judged by electoral fortune.  Heppell notes how for nine out of the 16 post war leaders of the opposition it is their performance as Prime Minister that characterises their place in the historical record. For those that failed to gain office, that itself defines their lack of success. But, as the book suggests, this does not do them justice. There were many factors involved in election victory than just the leader’s personal approach or style and it is for their overall contribution to their respective eras that they are best remembered. Perhaps most poignantly both the chapters on Hugh Gaitskell and John Smith rightly consider what their achievements might have been had they not died in office, but more importantly what they did do.

The challenge of navigating through the issues, events and people in these chapters shows the difficulty opposition leaders themselves faced, as much as the authors did in writing about them. The framework chosen to analyse this form of leadership is therefore a useful tool and works well; likely it is equally valuable for an opposition leader contemplating their own role and approach. Future, and perhaps current, leaders of the opposition would do well to take note. 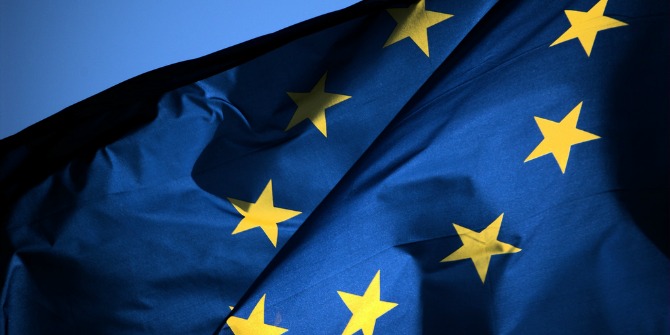