Conor Gearty is Professor of Human Rights Law at the London School of Economics. He is one of the pioneering human rights law academics in the UK and a founder member of Matrix Chambers where he practices as a barrister. Here Conor speaks about the books that inspired him into academia and also why he was nearly driven away from law as an undergraduate.

Listen to Conor speak more about his early academic life, the book Cannibalism and Common Law and why it’s liberating to admit some books are just plain boring

In the first two years of my time as an undergraduate law student in Dublin, I can’t remember a single book that inspired me.

Sure I read lots of text books – I remember queuing for the first Irish land law book ever published as though it was a Holy Grail of scholarly excellence: we got it from our professor’s room and I’ll never forget the debonair (ie foreign) lecturer in Spanish playing golf in the corridor while we waited (putting, not driving). Some of the books we had to read were mesmerising in their structure and in the glorious pedantry of their assembly of data and organisation of material. I particularly remember Evidence by Sir Rupert Cross, a man who had never seen anything having been blinded at the age of one, and Winfield and Jolowicz on Tort, which explained the law of negligence with beguiling simplicity.

But bedside reading they were not.

And some were truly dreadful – not that you knew that when you were a student of course; naturally you always assumed it was your fault you couldn’t understand a word and fell asleep ever five minutes, not that of the dullard who had droned on assembling the words that were torturing you now.

Then in third year I did a political philosophy course with a Dominican priest and great man, Fr Fergal  O’Connor, and discovered university books that could be read for pleasure.  Obvious stuff now maybe – Plato’s Republic; Aristotle’s Politics – but what a dramatic impact they had on me, so much so that I tried to dump law and read politics. Fr Fergal was happy to have me but, like prison guards who relish their job of incarceration, the law people wouldn’t let me go, so on I ploughed after my graduation through endless practitioner texts that made university law school seem a paradise of scholarship.

I escaped to Cambridge where I sought asylum from professional practice by becoming an academic. The reading gradually got more interesting. An LSE man’s book on The Politics of the Judiciary made a big impression but everybody at Cambridge disliked it, so I kept my mouth shut. John Griffith was ‘too critical of judges’; ‘too left-wing’. Another short volume, Tragic Choices by a visitor from America, Guido Calabresi, and his then colleague Philip Bobbitt showed me a different way of writing. I sat too in the old Squire Law Library making detailed notes of books I’d never be examined on – Harold Laski, William Robson, Jerome Frank, Roscoe Pound, the amazing Oliver Wendell Holmes Junior. Harry Street from Manchester and my own research supervisor David Williams had written books on law stuff which they located in moments of history – these were books that I could understand and connect with. They were about the law as part of politics not as a thing-in-itself outside human activity. I devoured them, and when I got a chance to write a book of my own with my colleague and friend Keith Ewing the style I went for was modelled on theirs.

The point of all this is to admit that I am not so good at pointing out great law books that have made a difference to me.

The books that have hit me for six are those which have forced me into new ways of looking at the kind of political law I like: Alexander Bickel The Least Dangerous Branch; John Hart Ely Democracy and Distrust on the US; a wonderful book I bought on Venice Beach in California, Archibald Cox’s The Court and the Constitution; Jeremy Waldron’s edited Theories of Rights, a greatest hits collection of thinkers worth reading. In the early 2000s I spent ages reading and thoroughly enjoying the late Brian Simpson’s Human Rights and the End of Empire – he still loved his history as much as when, years before, he had written a law book about eating the cabin boy (Cannibalism and the Common Law) which was so good I bought it for my brother as a Christmas present. Richard Rorty’s Contingency, Irony and Solidarity and Philosophy and Social Hope are always by my desk – his collected works are my Narnia cupboard to a secret world of thought I’d never be able otherwise to access. His Achieving Our Country is a fantastic read. Sam Moyn’s, The Last Utopia is the best book I have read on where all this human rights stuff has sprung from.

Colin Dayan’s The Law is a White Dog is the most imaginative and passionate (mainly about prison conditions in the US) that I have come across for a long while.

And Tony Judt’s Ill Fares the Land is the book I’d most like to have written but never could – simple, clear, confident and unashamedly partisan for the social democracy that he loved and which he saw being beaten down everywhere as his own life gradually closed in around him.

Aileen Kavanagh’s Constitutional Review under the Human Rights Act is a conventional law book but a brilliant demonstration of how to do this sort of thing – and it draws the politics in rather than pretends they don’t exist.

Tom Bingham’s The Rule of Law is like a piece of modern music in the pellucidity of its prose, so good you could almost believe the argument.

And my own reading? 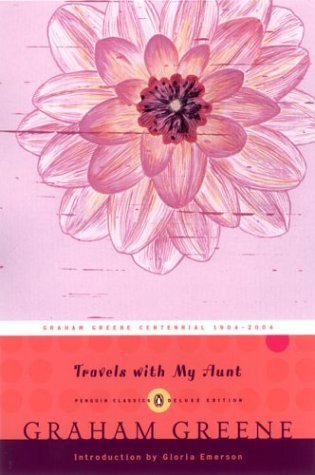 I have just finished Travels with my Aunt by Graham Green whom I always read to enjoy and to remind me of why, despite everything, I am still a Catholic. Cormac McCarthy, F Scott Fitzgerald among the Americans. Colm Toibin closer to home.

But the greatest of them all, whom I will read and re-read to the end of my days, is that wondrous technician of the language and dazzling sentence-creator, a man for whom a semi-colon out of place would be like a vast belch at a discreet dinner party, a writer who rewards concentration by giving you a chance to enjoy a style so sublime you can easily miss the moral intensity of what he is doing, that great American whose forefathers (I am so glad to say) came from the Irish county next to where I grew up (though it must be said he hated the link to Ireland), Henry James.

Born in Ireland, Conor Gearty studied law at University College Dublin and then qualified as a solicitor in Ireland. He went to Cambridge in 1980 to study for a Master’s Degree, then stayed on to complete a PhD on the role of the courts in the development of pollution law in England and Wales. In 1983 he became a fellow of Emmanuel College and was later appointed to a lectureship at the University of Cambridge. In 1990, Conor moved to the school of law in King’s College, where he developed human rights law into one of the most popular options in the undergraduate law course well before the subject became central to UK jurisprudence. He became a professor in Kings in 1995 and moved to LSE in 2002 to take up his position as the inaugural Rausing Director of LSE’s then newly established Centre for the Study of Human Rights. In 2009 he moved across from the centre to LSE’s law department. Conor is a founder member of Matrix Chambers and is among their first academic members. He also set up The Rights’ Future – a collaborative web-publishing project.