Despite previous predictions from sociologists, religion not only occupies an important place for many in our modern world, but remains even more accessible through increased levels of literacy and access to mass media. Religion and the State argues that it is the duty of modern states to intervene in religious affairs to minimise inter-faith conflict. Gerardo Marti finds that the book gives the subject of secularisation the analytical depth that it deserves.

Edited by three sociologists and comprised of essays from a distinguished group of social scientists, Religion and the State considers the uniquely modern frictions between politics, economics, and traditional faiths. Far from a simplistic exploration of secularisation, the essays urge an expansive notion of the nation-state in relation to the overwhelming developments of religions that cannot be ignored. In a sense, the book is an extended reflection on Jose Casanova’s observation of the rise of public religion, forcing an acknowledgment by theorists of the state to incorporate the more contemporary operations of religion in to the public sphere.

The book is structured around two interrelated arguments: first, that we require government intervention to manage the co-presence of multi-religious societies, and second, that modern religious devotion has taken on a consumerist approach.

To the surprise of our sociological forebears, our modern, multi-faith world not only contains religion, it actually stimulates it, since religion is made ever more accessible through increasing levels of literacy and access to mass media. For many, religion represents a key dynamic for the cultivation of a personal identity. Liberal post-secular consumer societies may rather see religion as a private matter with individual adherents siphoned off into voluntary associations, but it is possible to see religion as democratized and dispersed, allowing a proliferation of religious services and spaces of affirmation. The same processes of neo-liberalism, promoting free markets and individual freedoms, simultaneously encourage people to bolster their individual identities and find camaraderie through deeply bonded group experiences.

To the degree that one’s religion defines one’s identity, religion cannot be considered to be strictly “private”: one’s religion defines one’s involvement in the civic world. Religious competition is both disruptive and threatening, and frictions and clashes between groups occur, resulting in social conflicts that threaten the social order, leading to the necessity of state intervention in order to allow such individual liberty adequate space to occur. The modern state cannot ignore organized religion for the simple reason that their conflicts demand attention in the public domain.

Still, in a pluralistic context all religions must largely remain non-threatening to state powers and sustain broad legitimacy to survive. Nations are attempting to establish a national identity and manage the various forms of diversity inherent to them. At the same time, religious groups (both majority and minority) seek to assert themselves over policies of the state that pose a challenge to their own authority. Religion is ‘public’ both in how believers live out their convictions and allegiances as well as how religious groups participate and promote initiatives and awareness beyond their assemblies.

The inevitable tensions between religion and the state do not mean that they are on opposing sides. Given the constraints of maintaining public legitimacy in pluralist, liberal democratic contexts, majority religions must take on civic virtues. And established, ‘majority’ religions must default to supporting ‘free market’ policies of neo-liberal states that benefit them. Moreover, the state consistently attempts to utilize the resources of religion in accomplishing ambitious tasks, including education, community building, welfare assistance, and terrorism prevention—although such “expedient partnerships” are rarely smooth or unproblematic.

Although some of the chapters (5, 7, 8 ) pursue problems of religion and centralized party politics in communist/post-communist societies, the value of the book is found in the irony of how ‘free’ societies must ‘manage’ religion. Many believed that today we might be free from the excessive influences of religion, yet states are caught up in the management of religious diversity. Religious tolerance in the modern world is not a private matter, but a publicly managed one. Any seeming political choice between active management and liberal indifference is a false choice, because religion intrudes in spaces of civic neutrality and forces the reluctant hand of state legislators on enforcing boundaries to keep individuals from being pressured (formally through laws, informally through “brainwashing”) to follow dictates of religions they do not share without coercion. Religious freedom is therefore the subject of government regulation, and the management of religion is an inevitable part of modern government.

The tensions of religious liberty and religious conviction are familiar, yet the authors of this volume consistently urge us to stop seeing the secular and the religious as distinct realms. A giant step toward greater sophistication is found through evidence provided here (from nations including Britain, Canada, Australia, New Zealand, the United States, China, France, Israel, and Turkey) on how globalization provides room for religion in unexpected ways, especially by necessitating individualized markers of identity and belonging. In the end, religion emerges as one of today’s richest vehicles for individualism, one that accommodates our increased subjectivity and provides coping mechanisms for our demands for self-help. And since lifestyles and their associated cultural institutions become a necessary part of religious life, there exists an intriguing parallel between secular and religious consumerism and their workings in relation to the nation-state’s craving for economic prosperity. 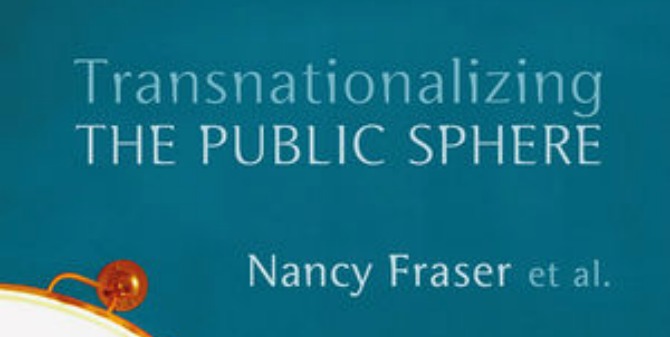