In Marriage Migration in Asia: Emerging Minorities at the Frontiers of Nation-States, editor Sari K. Ishii brings together contributors to explore new and emerging patterns of transnational marriage migration in East and Southeast Asia. This book is a valuable contribution to research that complicates many existing assumptions – such as the perception that it is mainly women from poorer countries who move to marry men in the more prosperous north – and highlights the need for greater legal protection for marriage migrants and their families, finds Amal Shahid. 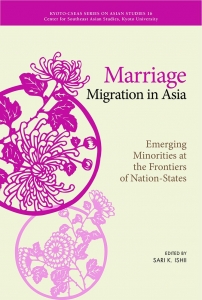 Sybil, 43 […] entered Malaysia in 2001 as a doctoral student in a public university. She met her future Malay Muslim husband when they attended a conference in Manila. After a whirlwind of romance, an imam married the couple in a Muslim ceremony in Manila […] She experienced difficulties obtaining a social pass when her student pass expired because the government had refused to validate her marriage in Manila. Sybil and her husband hired a lawyer to fight their case, transferred the case to another court and legitimized their marriage in Manila. Only then was she permitted to obtain a social pass. (87)

Such stories are commonplace in a globalised world where marriages between couples from different nationalities have been on the rise. The edited collection Marriage Migration in Asia: Emerging Minorities at the Frontiers of Nation-States examines this and related phenomena in East and Southeast Asia within an international context. The various studies in the book bring to light not only political, but also socio-cultural issues pertaining to migration, faced by couples both ex-ante and ex-post marriage.

The book includes ten studies from a broad range of fields and areas. Geographically, these incorporate Pakistan, Japan, China, the Philippines, Malaysia, Thailand, England, Vietnam, Korea and Myanmar. The contributors are largely sociologists and anthropologists, but the book also draws on sociolinguistics, law and cultural studies. The research is based on comprehensive field work in both urban and rural areas; however, the methodology is standard. The intended audience is an academic one; nevertheless, the chapters are replete with anecdotal evidence and interesting stories without using jargon, which make the book engaging for a wider public as well. 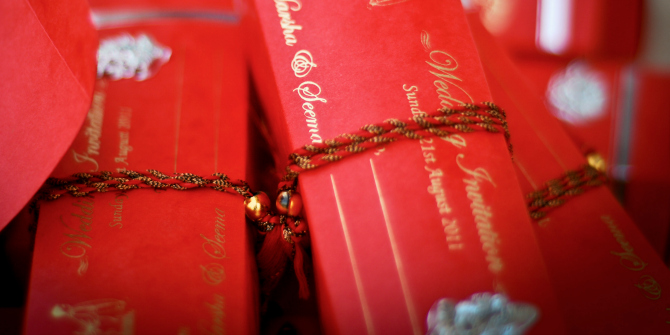 In general, the theme of the book is transnational marriage migrations, which may involve permanent, return or circular migration of all or certain members of the family between two or more countries. It mainly delves into the problems faced by couples, but also women and children, when adjusting to new environments and dealing with legal issues. The studies reveal the inadequacies in government policies and legal procedures in handling transnational marriages. In particular, the book highlights how, even in a globalised world, questions of citizenship and assimilation remain contentious.

Marriage Migration in Asia is significant in that it goes beyond the linear global ‘south-north’ framework, whereby women from poor countries migrate to the prosperous north, to show that the course of marriage migration is more complex and varied. For this, the studies adopt a long-term perspective, tracing the path of migration from the very beginning and at a micro level. The causes and consequences of, as well as continuities and changes in, marriage migration are dealt with extensively. However, the most important aspect of the book is that it brings forth accounts of marriage migrants on the peripheries of nation-states. The research is thus a brilliant effort by the scholars to examine in detail the plight of vulnerable migrants who are often part of the informal economy and are therefore ignored.

The book is also unique in that it does not solely focus on women and their agency in the process of marriage migration. Rather, the research also takes into account the role of husbands in order to get a holistic outlook. This also relates to the point of multi-directional pathways of migration, whereby in some cases rich husbands from the ‘north’ follow their wife to the poorer ‘south’. This phenomenon has been labelled as a reversal of ‘geographies of power’. Thus, marriage migration is not limited to women and their socio-economic ambitions, but also involves cultural and personal aims that surpass traditional notions and assumptions around gender and the migration route.

Moreover, the papers also provide insight into the lives of children ‘who have become migrants as a consequence of marriage migration’ (ix). More than the parents, children become victims of citizenship issues, divorces among transnational couples or unregistered marriages. As a result, they can be left stateless and without adequate financial or parental support. Besides the aforementioned problems, transnational couples also face the issue of deciding which culture the children should be brought up in; at times, due to frequent moves, the child suffers both psychologically and emotionally. Hence, the overlooked role of children in marriage migration is discussed at length in the book.

Furthermore, given that all studies examine at least two countries, a comparative viewpoint in terms of differing policies and lifestyles is fully taken into consideration. The analyses put forth how the moves, whether repetitive or long-term, affect families as a whole, and also delineate the obstacles faced by them in terms of legal procedures and social assimilation. The contributors suggest some potential solutions for policymakers, such as pointing out procedural defects in the rules concerning migration, easing the process of appeals in court and creating special laws for stateless children.

However, the book does not place these studies in the wider context of gender norms, which can make the analyses seem incomplete. A discussion of the role of gender values puts into perspective the difficulties these men and women face in an alien culture. It also clarifies the pressures faced by women and provides an insight into the reasons for their decisions, like why they choose to marry outside their country, leave their families or migrate illegally. Also, the chapters focus only on voluntary migrations, with mere passing references to the issue of trafficking and involuntary marriage migrations. This issue remains open to further research.

In conclusion, Marriage Migration in Asia illustrates the motivations and outcomes of marriage migration, and challenges unidirectional ‘south-north’ perceptions of this issue. It gives equal attention to men and women, along with an examination of the situation of children in the process. Additionally, the studies highlight how country-specific regulations create difficulties for transnational marriages, especially for those living at the periphery, preventing smooth assimilation for families. Hence, the book reveals a dire need for the creation of human rights legislation for marriage migrants and their children.

Amal Shahid is pursuing her Masters degree in Economic History (Research). She has an undergraduate degree in History from Sri Venkateswara College, University of Delhi. Currently, she is researching migration and labour history of colonial and post-colonial India. Read more by Amal Shahid. 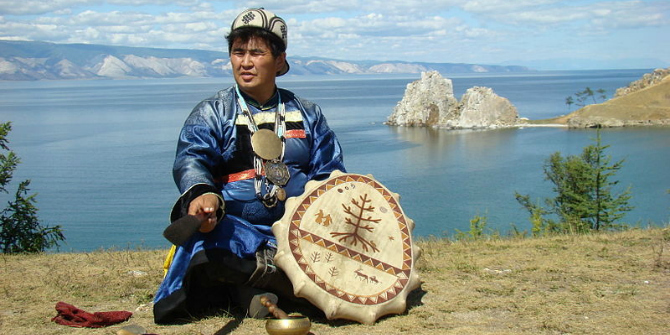