In 2009, Google began customizing its search results for each user. Instead of giving searchers the most broadly popular result, Google now tries to predict what they are most likely to click on. Eli Pariser investigates the new hidden Web, and uncovers how this growing trend threatens to control how we consume and share information as a society-and reveals what we can do about it. Carl Packman considers the consequences of sharing information, photos, as well as “Likes” and dislikes.

The Filter Bubble: What the Internet is Hiding from You. Eli Pariser. Penguin. June 2011.

Eli Pariser’s The Filter Bubble confirms what many have suspected for some time about the ‘freedom’ of the internet: that agencies and corporations with ulterior motives have been busy in the drawing room finding ways of better ‘understanding’ internet users, their consumer habits, and their browsing rituals. Pariser – the current Board President for the liberal advocacy campaign group MoveOn.org – argues that the internet is no longer a free, independent space, but has become so commercially controlled and personalised that it is starting to control our lives.

Some time ago companies including Microsoft and Apple were creating the so-called ‘intelligent’ product. For example, Microsoft Bob was designed as a social interface for Windows 3.1 with the intention of helping users navigate their way around personal computers in a more effective way. The product has since been resigned to the annals of forgotten failures. PC World described it as one of the 25 worst products of all time, and as Pariser notes, “”We don’t wake up and brief an e-butler on our plans and desires for the day”. But in spite of consumers’ clear rejection of a “personal intelligent agent” choosing what we do and do not see, the internet is replete with them, under every website we visit. For Pariser this would be less of a problem if we had some control over how the “agents” identify us.

The issue of power and control of the internet has already been picked over by The Net Delusion author Evgeny Morozov, who focused on the internet’s potential to unravel democracy. But the main thrust of Pariser’s new book is to point out that methods of finding out a person’s online identity, by organisations we know next to nothing about, is getting more sophisticated, whether we want it or not. With several campaigns concerning privacy issues with sites such as Facebook and Google, who now feed users what they think they want to see based on browsing activity, this is clearly a subject on which many people clearly worry about.

To be sure there is nothing wrong with having filters to block content of no interest (after all, we choose who to follow on Twitter precisely because we want to read the views of some over others), but that these filters have been externally imposed on us, raising certain sites up higher on search engines and on Facebook seems dubious. The upshot of which, according to Pariser (assuming, probably rightly, that the internet will dominate the way we intake news and information about the world, over more traditional forms), is that we have a different understanding of the world dependent upon our search histories.

This is not simply a book discussing how far technology has come, nor is it one that wants to view advancement as necessarily negative. It is a topical look at what kind of control some major companies have over our information. Most people are inquisitive about where sensitive information is kept, and companies bend over backwards to ensure customers they never sell to third parties. But the internet is now a place where many are only too happy – if perhaps unaware – to share information of themselves, photos, as well as their “Likes” and dislikes.

Pariser is right to warn us of the hidden elements using this information to their advantage, where for advertising reasons, political or any other reason (Chris Coyne, founder of the dating site OkCupid envisages a time where a person can walk into any bar, use a camera to scan the faces of the clientele, feed those photos back to the internet and allow the dating site’s cluster of servers to rank which is likely to be the perfect match). But this is less about what the internet per se is hiding from us, and more what kind of manipulations are being used by real life companies and real life people. Putting a stop to predatory online advertising campaigns requires change offline every bit as much as on.

Google CEO Eric Schmidt has been quite clear: “the eventual outcome is … Google can answer a more hypothetical question … [such as] ‘Which college should I go to?’”. To a younger generation this online intuition may seem useful, but the intrusion suffered to get there will not be. Eli Pariser has chronicled the worrying possibilities of this finely in his book.

Carl Packman is a researcher in health and children’s policy. He also blogs at thoughcowardsflinch.com. Read more reviews by Carl. 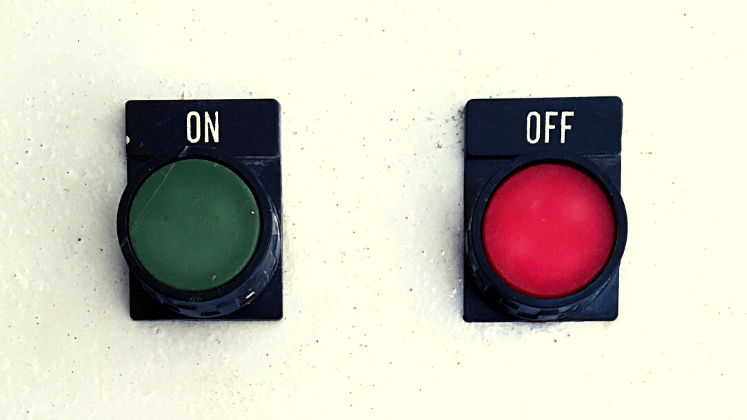 Book Review: Paradoxes of Digital Disengagement: In Search of the Opt-Out Button by Adi Kuntsman and Esperanza Miyake