After more than two decades of the Palestinian-Israeli negotiations and peace process, sustainable and genuine peace seems to be more unattainable than ever. The signing of the Oslo Accords in 1993 was supposed to conclude in 1999 with the emergence of an independent Palestinian state but for many Palestinians, hopes for an state have all but evaporated with the failure of the peace process, the expansion of Israeli settler communities and continued occupation of the Territories.

It is not surprising then, that many scholars, students and commentators seek to understand and analyse why the peace process has been largely unsuccessful. Was it doomed to failure from the beginning? What went wrong, why and by whom? How did intra-Palestinian politics and styles of governance interact with and affect the peace process? And most importantly, what lessons can be learnt from two decades of negotiations and a failed peace settlement?

The author also provides a detailed analysis for the 1993 Oslo agreement and examines the performance of the Palestinian delegation in negotiating peace through the inside-outside leadership dichotomy. The author ends his analysis by reflecting on the implementation of the Declaration of Principles (DoP), the emergence of the new Palestinian elite and the ultimate consequences of the failure of the peace process.

Khatib argues that “there was no significant political difference between the inside and outside as distinct groups during the peace process” from Madrid until the Interim Agreement in 1996 (p. 22). The relationship between the inside and outside leaderships was complementary: the inside needed the legitimacy and political access of the outside, and the outside needed the unity and representation of the inside (p. 176). It is this argument which makes the book distinctive from other scholarly work in the field. Khatib notes that it was the contrasting realities out of which these two leaderships were born led them to subsequently employ different approaches and priorities (p. 169).

The book makes it clear that the structure and open-ended nature of the process and its effect on the behaviours of the leadership, the vagueness of the terms of reference, the restriction on Palestinian representation, and the partial role of the sponsor all contributed to the weakness of the Palestinian leadership, and its negotiation performance (p. 170). This in turn, lead to an increase in violence and strengthened the opposition, reducing the leadership’s popularity and allowing it to be further exploited in negotiations (p. 172).

While the composition and behaviour of the Palestinian leadership were not the only factors that had an impact on the process and outcome of negotiations, Khatib’s overall conclusion is that the continuous changes in the composition of negotiating teams, in particularly the marginalization and exclusion of the internal leadership, displaced previously complementary relations and led to poor negotiating performance and ultimately flawed agreements. These, in turn led to a still poorer performance in the on-going negotiations.

The strength of this book is that it is inspired by the participation in the peace negotiations and the author, being in the Palestinian ‘political kitchen’, holds a wealth of insider insights. Additionally, through the historical analysis, the author provides unique access to details of the early beginnings of the peace process, allowing readers to link old events with current trajectories. Hence, the book serves as an eye-opener to better understand the deteriorating conditions of today due to disastrous decisions that were taken in the past.

The book does suffer from a few drawbacks. Readers may notice various, sometimes unjustifiable, repetitions throughout the book and particularly in its first half, in addition to the various introductory statements which sometimes harm the flow of the arguments. When discussing the existing literature, the author tends to present that which he believes is “right” and “wrong”, which is problematic in its subjectivity. Finally, because the book allows for a wealth of historical and contextual background, this allows less space for further analysis, discussions and reflections.

Overall, this book adds a significant and distinctive contribution to the scholarly work on Palestine. It provides valuable insights into what went wrong over the last two decades in the Middle East peace process and what can be learnt for the future. It is an inspiring book for an uninspiring peace process.

Alaa Tartir is a PhD candidate and researcher in international development studies at the Department of International Development, at the London School of Economics, LSE and he is researching governance, security, aid and development issues. He is also a project coordinator and research assistant at the Department of International Development, LSE. Alaa is a policy advisor for The Palestinian Policy Network, Al-Shabaka, research fellow of the Palestine Economic Policy Research Institute, and a research fellow at The Palestinian American Research Center. He publishes regularly on Open Democracy.

Posted In: Africa and the Middle East | Contributions from LSE Staff and Students | International Relations | Politics 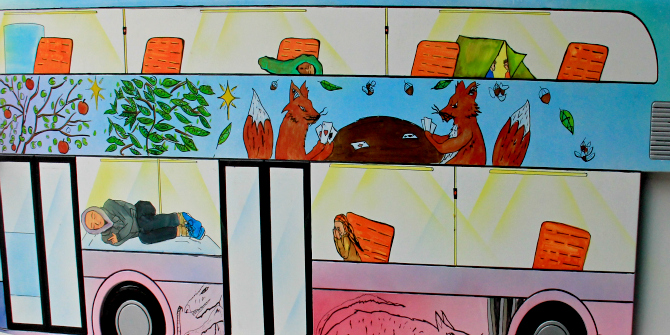