Philosophy begins with questions about the nature of reality and how we should live. These were the concerns of Socrates, who spent his days in the ancient Athenian marketplace asking awkward questions, disconcerting the people he met by showing them how little they genuinely understood. This engaging book from Nigel Warburton introduces the great thinkers in Western philosophy and explores their most compelling ideas about the world and how best to live in it. Susannah Willcox would have appreciated a greater selection of thought from outside of the dead-white-male canon of Western philosophy. 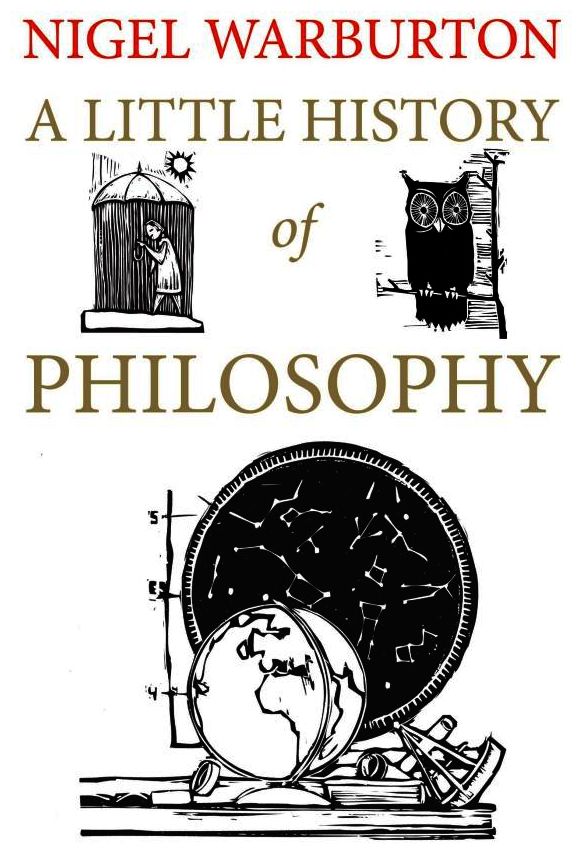 Nigel Warburton is a philosopher of the people. While he may not ask shoppers difficult questions about morality as they pick up their groceries in Sainsbury’s (as Socrates, the founder of Western philosophy, might have done), Warburton tweets, blogs and writes philosophy for the curious bystander. His podcast series featuring interviews with a range of philosophers has had over 12 million downloads. He even has his own iPhone app. Who better to write a succinct, palatable – in fact, absurdly enjoyable – introduction to the great thinkers of Western philosophy?

In the first few chapters, Warburton introduces us to some of the roles that philosophers might play in everyday life. Should they act as a ruling elite, as Plato suggested? As persistent, vaguely annoying ‘gadflies’, as Socrates (and, later, Singer) believed? As profound thinkers driven to challenge the limits of what we can know, as Pyrrho sought to do? Or as cult leaders in a commune of disciples, like Epicurus?

Like Socrates, Warburton confronts readers with ‘awkward questions’ about the way they live their lives, encouraging them to question their beliefs about reality, freedom, morality, religion and politics. However, while engaging and enjoyable, Warburton’s narrative style lacks Socrates’ discursiveness. Unlike, say, Sophie’s World, written 20 years earlier by Jostein Gaarder – in which Sophie, the 12 year old protagonist, struggles to answer the philosophical questions posed to her by a mysterious letter-writer – A Little History of Philosophy tells rather than asks the reader, leading her by the hand through a philosophical labyrinth in which she is never allowed to lose (or find) her way.

Yet, in an age of growing political disillusionment, financial crisis and religious uncertainty, introducing a wider audience to the tonic of philosophy can only be a good thing – even if, as is perhaps inevitable with a book of this size and breadth, Warburton exposes us to some of the content of philosophy, rather than its critical tools of reason and analysis.

Warburton treads the line between popularising ancient philosophical treatises and drawing out pearls of contemporary wisdom with panache. In chapter 5, he casually paraphrases the Roman stoic Seneca’s views on making the most of our short lives. ‘[S]ome people would waste a thousand years as easily as they do the life that they have … Some chase after money … others fall into the trap of giving over all their free time to drinking and sex.’ A short while later, Warburton draws this timely message from Seneca’s teachings: ‘That’s why so many people become preoccupied with trivial work, Seneca thought – it’s a way of avoiding the truth about what they’ve failed to do. He urged his readers to … avoid hiding from themselves by being busy’.

However, Warburton also struggles to remain neutral. He gently mocks those who write difficult or ambiguous philosophy (of Hegel’s body of work, he suggests that ‘No one, perhaps not even Hegel, has understood all of it’), preferring those who ‘believe philosophy should change how we live, not just change how we discuss how we live’. In one of his final chapters, Warburton proudly declares that, during the twentieth century, philosophy ‘lost touch with the great thinkers of the past’ – Kant, Rousseau, Aristotle, et al – with the exception of liberal egalitarian philosopher John Rawls. Of course, a philosopher with an opinion is neither unusual nor problematic; however, an introduction to philosophy should guide readers as much in the direction of Wittgenstein or Russell as it does in the direction of Singer or Rawls.

For those of you for whom 245 pages is not little enough, Warburton has kindly put together an even shorter history of philosophy, drawn from some of his prolific tweets. What I was left wanting, however, was more. While Warburton manages to cover a vast amount of territory in 40 short chapters, the book left me curious about what he’d left out.

Despite his rather grand title, Warburton places his bets firmly on the dead-white-male canon of Western philosophy. He briefly touches on other traditions of philosophy, including a sentence or two on Buddhist, Jewish and Arabic thought. He even devotes two and a third of his 40 chapters to women (though only one, Hannah Arendt, gets a chapter all to herself). But surely every self-respecting popular history must have its sequel. Perhaps A Little History of Philosophy from the Rest of the World, or A Little History of Female Thought?

Just as Plato sought to rescue us from the cave, Warburton lures us from the often blinkered path we tread through life, reminding us that there are issues out there that are worth exploring – even if, like Socrates, all we discover is how little we really know. We must, as Voltaire suggested and I think Warburton is trying to do, continue to ‘cultivate our garden’: to think openly and critically, challenge dogma and injustice, and encourage others to do the same. And yet, like other popularisers of philosophy, Warburton can only provide us with a selective glimpse of what lies ahead.

Susannah Willcox is a PhD student in the Department of Law at the London School of Economics, where she found herself after completing an undergraduate degree in Philosophy and Anthropology at the University of Sydney and an MSc in Human Rights at LSE. She is currently exploring the implications of climate change for the sovereignty and self-determination of the populations of low-lying small island states, and is also interested, more broadly, in human rights, statehood, displacement and marginalisation. Read reviews by Susannah.

Posted In: Contributions from LSE Staff and Students | Philosophy and Religion

Book Review: War, Clausewitz and the Trinity by Thomas Waldman