Hitler had a dream to rule the world, not only with the gun but also with his mind. He saw himself as a ‘philosopher-leader’, and astonishingly gained the support of many intellectuals of his time. In this book, Yvonne Sherratt explores Hitler’s relationship with philosophers through investigation of international archives. Ignas Kalpokas finds that the book is relevant as a historical account of a troubled period, but the core message of the book seems to be underdeveloped.

In Hitler’s Philosophers, Yvonne Sherratt traces the lives and ideas of some of the most important thinkers of twentieth-century Germany who found themselves in the midst of Hitler’s reign of terror. These parallel lives and the radically different choices the thinkers made provide illustrations of the moral dilemmas and tragedies that any conscious citizen faces when confronted with an inhumane regime. With no compromise in sight, only two choices were available: collaboration or the threat of death. More broadly, however, the author questions the status of philosophy as a discipline and the very relationship between philosophy and philosophers, first and foremost the relation between ideas and the personal choices of their authors and the responsibility of those reading and teaching philosophy.

The author begins by providing a broad overview of the intellectual context in which the Nazi racial ideology was created. The importance of philosophy and the arts to Hitler and his associates and Hitler’s own desire to be seen as a ‘philosopher-leader’ are shown, and Sherratt also traces clear signs of nationalism and anti-Semitism of the German intelligentsia in the nineteenth and early twentieth centuries, as well as the misuse not only of philosophy of such authors as Nietzsche and Kant, but also of natural-scientific theories such as Darwin’s evolutionism. It is clearly demonstrated that Hitler and his associates did not operate in an intellectual void and that they had plenty of means to provide their agenda with a cloak of respectability.

The exposition, however, is only useful for the author to embark on her wider claim: that at the heart of the Nazi efforts to legitimise themselves was an attempt to simultaneously amass support from their contemporary intellectuals and to get rid of even slightest opposition. Although the claim is in itself perfectly credible, the way in which the author designs her research appears to be debatable. Chapters three to nine serve as a juxtaposition of the ideas and fates of those who collaborated with the regime and those who were its victims. Carl Schmitt and Martin Heidegger serve as paradigmatic examples of collaboration, while Walter Benjamin, Theodor Adorno, Hannah Arendt, and Kurt Huber stand in for the victims. Part of the problem here is that the very juxtaposition rests on a false premise of choice: Benjamin, Arendt, and Adorno, being Jews, did not even have the luxury of taking sides. Although this fact by no means diminishes their status and victims, one cannot fail to notice that of the selected authors only Kurt Huber can be legitimately juxtaposed to Schmitt and Heidegger, having chosen danger and ultimately death for his convictions and not for his ethnic background, while both Heidegger and Schmitt opted for security and promotion (although in the end neither of the two was fully successful) at the expense of the victims. Without dismissing the comparative method, this reviewer simply feels that the cases could have been selected more carefully.

The second main objection is the way in which the author ‘exposes’ the collaborators. While ‘reiteration’ would be a more suitable term than ‘exposition’, primarily because the author does not uncover any new or little-known facts, an even more pressing problem is the author’s treatment of her sources and data. The author appears to centre her arguments on two claims: first, that Schmitt had ‘enshrined Hitler’s tyranny in law’ (p. 103), and second, that ‘Heidegger’s entire oeuvre has been interpreted as founded upon Nazi beliefs’ (p. 125). Let alone the fact that both of these claims, although highly debatable, are left ungrounded by any substantial analysis, the author appears to be highly selective, if not biased, in her selection of sources and arguments. Grounding her analysis exclusively in pejorative accounts of both Schmitt’s and Heidegger’s lives and work (as well as selective arguments taken from their writings without providing the necessary context), opting not to analyse the authors’ works in full but instead relying on secondary sources, and single-handedly dismissing competing interpretations as apologetic and unworthy of discussion, Sherratt does not appear to even intend to provide an impartial interpretation.

A much more important question, which despite seemingly being crucial to the original plan of the book, remains scarcely touched, is that of moral responsibility of both those who teach and those who read philosophy. What place, if any, should be given in the curricula to those authors whose reputations have been forever tainted by their personal choices (and, despite the critique of the book, this is not to deny that both Heidegger’s and Schmitt’s reputations are indeed severely tainted)? Should one prioritise the victims over the perpetrators and collaborators? Does personal responsibility transcend to the realm of ideas? Sherratt’s answer is unequivocal: one cannot distinguish between personal responsibility and the realm of ideas. To further develop these ideas is nearly the same as to further the regime to which their authors succumbed. Unfortunately, the history of philosophy, from Plato and Aristotle onwards, is full of misogynists, anti-Semites, supporters of slavery and extermination of entire peoples. To apply a blanket policy would mean erasing significant parts of our philosophical canon. Instead, it should be a matter of each and every interpreter’s consciousness and responsibility to approach the authors in line with moral and ethical commitments.

Finally, the purpose and the intended audience of the book seem to be unclear. The author tends to lose focus and concentrate on minor details. Although the aim to show her subjects as human beings instead of merely providing their core ideas is interesting and welcome, the end result is unduly sketchy for someone interested in biographic information and overly simplistic for those seeking to further their knowledge of philosophical ideas. Although the book might be relevant as a historical account of a troubled period and the moral issues that are touched upon are undoubtedly relevant, the core message of the book seems to be underdeveloped. 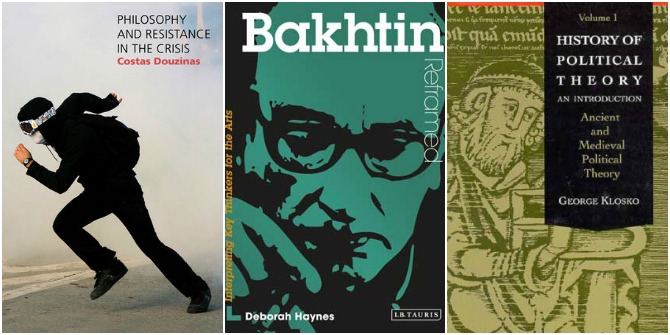