Now available in English for the first time, Dictatorship is Carl Schmitt’s most scholarly book and arguably a paradigm for his entire work. Written shortly after the Russian Revolution and the First World War, Schmitt analyses the problem of the state of emergency and the power of the Reichspräsident in declaring it. Dictatorship, Schmitt argues, is a necessary legal institution in constitutional law and has been wrongly portrayed as just the arbitrary rule of a so–called dictator. For those who are already interested in Schmitt but are unable to read in German, this book offers an insight into Schmitt’s formative period, when his well-known ideas were beginning to take shape, and for those who have not yet discovered Schmitt, it is a good place to start, writes Ignas Kalpokas.

Although the 20th century German legal and political theorist Carl Schmitt has enjoyed a significant surge in popularity (and, correspondingly, in translations) over the past fifteen years, one of his early formative works Dictatorship from the Origin of the Modern Concept of Sovereignty to Proletarian Class Struggle (or Dictatorship for short) has never been published in English before. This absence has deprived the English-language scholarship on Schmitt of an important source because the origins of some crucial concepts and issues – such as the role of sovereignty and the interrelationship between the constitutive and constituted powers – clearly have their origin in this book. As the full title of the book shows, this is primarily a historical investigation into the development of virtually unlimited power.

Needless to say, Carl Schmitt was and still remains a controversial figure within political and legal theory. Traditionally, authors dealing with his ideas have felt obliged to address, in one way or another, his support for the Nazis. Of course, as I have argued in an earlier review, the actual picture was rather complicated. Be it as it may, the translators of this book have managed not to engage with this notorious affiliation at all in their introduction. It is still too early to tell if this means some sort of ‘sanitisation’ of Schmitt. But even if it does, one could still argue that failure to address Schmitt’s political choices precludes those engaged in analysis of his ideas from acquiring necessary critical distance. Although it is false to equate Schmittianism and Nazism, there definitely were certain elements in Schmitt’s thought that facilitated his conversion from ardent anti-Nazist to a collaborator. Therefore, allegiances have to be kept in mind.

In general, this book could be read with a dual purpose: a theoretical and a legal-historical one. For anybody primarily interested in Schmitt’s thought this part is the most interesting one because it clearly is the testing ground for his ideas and an exploration of concepts and authors that would subsequently inform his analyses of law and politics. It outlines the history of dictatorship (or emergency powers more generally) from its Roman origins but especially since its revival in Machiavelli and in various state practices in Renaissance Italy. Along with this, Bodin and his early conceptualisation of sovereignty plays a crucial part; one could argue the shadow of Bodin constantly lurks in the background of almost all Schmitt’s texts after that. However, an author that deserves even more attention is Sieyes. This also should not be surprising, given his influence on Schmitt’s thinking about the constitutive and constituted powers, manifest in many later works. To a large extent, this distinction between the two powers, borrowed from Sieyes, coupled with a theory of political theology, borrowed, paradoxically, from the anarchist Bakunin, would later become animating principles for Schmitt’s entire political endeavour. From this analysis, the attribution of extraordinary powers to an individual emerges as a crucial tool in times of crisis when the existing order is unable to cope with pressures. Indeed, the practices of Italian and German states, France, and Cromwell’s England, pertaining to different situations, such as political crises, revolutions, and counterrevolutions, allows Schmitt to dissect two basic forms of dictatorship: a commissarial one, which is established with a mandate to restore the pre-existing order, and a sovereign one, which arises at the vanguard of change with a mission to bring forth an order which is yet to materialise. This is probably the most significant conceptual innovation of the book. Soon afterwards these two understandings of dictatorship would coalesce into the paradoxical and yet central concept of sovereignty (see Schmitt’s Political Theology).

The second part (or, indeed, a rather extensive appendix), analyses emergency powers in the Weimar constitution. It is important not only as an illustration of theory but is also interesting as a tool to better understand the troubles Weimar politics. It can also be interesting to those studying legal theory, since, as always, Schmitt is engaged in trench warfare with the legal positivists, traditionally embodied by Jellinek and his student Kelsen. Clearly, this book was part of the attempts by the young Schmitt to establish himself as a constitutional lawyer and, more broadly, as a legal theorist. Here, again, some crucial issues, such as the relation between law and exception, legality and legitimacy, rule of law and pure decision begin to take shape. In essence, Dictatorship is a rare combination (along with Constitutional Theory) of the two Schmitts: Schmitt the historian and theorist and Schmitt the lawyer.

Along with conceptual innovation, an even more outstanding trait of Dictatorship is its breadth in terms of period of time as well as cases and authors analysed. Indeed, the amount of scholarship in this volume is outstanding, although not uncommon to Schmitt: extensive historical and philosophical analyses are also found in works such as The Nomos of the Earth, Theory of the Partisan, or Political Theology II (although these are associated with the later, post-war Schmitt). And yet, one must be cautious: Schmitt always wrote with a specific goal in mind and therefore his books should not be necessarily treated as authoritative sources in political history or history of ideas. Although Schmitt cannot be accused of falsifying facts, his choice of examples is always strategic and interpretations not always unquestionable. Therefore, the best way to approach history in Schmitt is to concentrate on the general idea rather than on detail.

To wrap up, Dictatorship is interesting in many ways and on many levels. For those who are already interested in Schmitt but are unable to read in German, it offers an insight into Schmitt’s formative period, when his well-known ideas were beginning to take shape. For those who have not yet discovered Schmitt, it is a good place to start because, without this foundational knowledge, some other works by Schmitt may seem slightly esoteric. And still for others this might simply be an interesting contribution to legal theory and history of ideas. 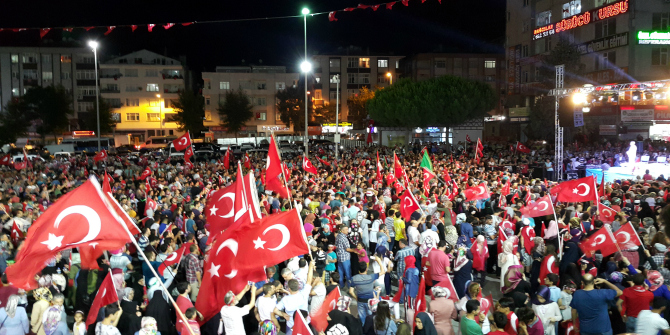