In The Politics of Intimacy: Rethinking the End-of-Life Controversy, Anna Durnová explores the recent negotiation of end-of-life policies in France and the Czech Republic, arguing for the need for academic analysis to include the emotional experience of the end of life in order to understand the political dynamics of these debates. Durnová’s invitation to explore and to centre the concept of intimacy within liberal institutions and policies – or to even acknowledge the role that emotional experience plays in these – is a necessary engagement in our present times, writes Danielle House. 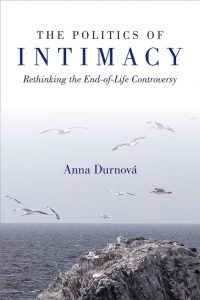 The first half of 2020 has brought the issues of illness, healthcare and dying to the forefront of political debate globally. The COVID-19 pandemic has reshaped many of our lives and, for some, forced reflection on mourning, bereavement and the idea of a ‘good’ death. Aside from the huge wave of premature COVID-related deaths, actions to prevent the spread of the virus have meant many have died in hospitals and care homes without friends or family by their side, palliative care has been constrained and funerary rituals and traditions have been greatly limited.

Although this book is no longer a new release, examining its contributions at this moment seems pertinent to help explore the refocused attention on the end of life. Beyond COVID-19, fundamental questions about end-of-life experiences are being explored, such as where the right place for death is, and to what extent we can control aspects of our own deaths and those of our loved ones. In The Politics of Intimacy, Anna Durnová brings her experience and background in the study of public policy, particularly how we construct and understand expertise and knowledge, to shed light on the recent negotiation of end-of-life policies in France and the Czech Republic.

In this book, Durnová argues for the inclusion of the emotional experience of dying in academic analysis, without which we cannot understand the current political dynamics of end-of-life debates. By ‘end-of-life controversies’, Durnová refers to and explores debates around (and the distinction between) assisted death and euthanasia, as well as palliative care. The book demonstrates that in the context of liberal democracies, these controversies centre on the relation between individuals and institutions. Through tracing the development of end-of-life controversies in France (2003-2016) and the Czech Republic (2001-2016), Durnová establishes how the politics of intimacy comprises the way individual emotional experience of the end of life is acknowledged, or not, by institutions. 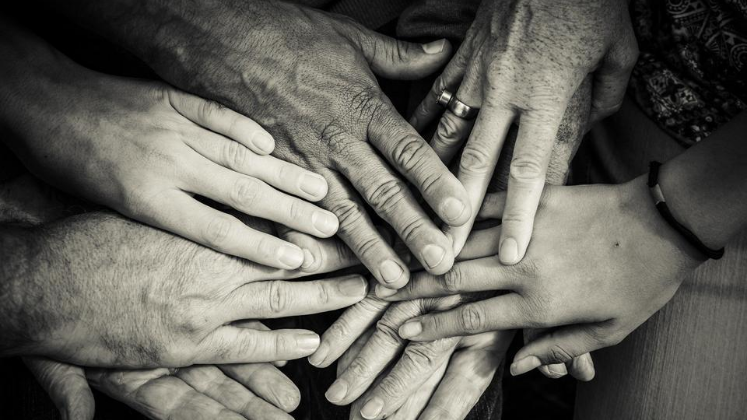 The first three chapters outline the theoretical and analytical structures of the book: namely, the liberal-democratic stage for end-of-life controversies; the role of emotions in policy, polity and politics; and Durnová’s framework for analysing the politics of intimacy. Placed within the poststructuralist notion of politics as a zone of negotiation, several arguments are built throughout these chapters. Durnová posits that the liberal democratic concept of the individual, specifically its autonomy and dignity, is at the root of contemporary end-of-life debates in the West. In this context, emotional experience has become the moral ground to support end-of-life choices and policies and is used by institutions to legitimise striving for a ‘good’ death, however defined. Underpinned by Western medical ethics, namely the Hippocratic Oath, liberal democracies have generally supported individualised requirements for the end of life and surrounding debates focus on how or where to place the boundary between the individual and political institutions. The politics of intimacy, then, reflects the ‘governing process that tries to accommodate, to acknowledge, the emotional experience with the end-of-life as a component of “good dying”, but that, by so doing, brings politics back to the conflicting boundary between the individual and the collective’ (42).

Chapters Four and Five explore in detail the comparative case studies of France and the Czech Republic, drawing on interviews with medical professionals, advocacy and campaign groups, civil servants, lawyers and mourners, as well as discourse analysis of debates, speeches, strategy papers and media coverage. Durnová explores where and how these debates emerged by outlining their specific contexts and their development across high-profile cases and laws. Through these two national contexts she demonstrates how the concepts of autonomy and dignity, and in turn intimacy, are deployed and understood in very different ways.

End-of-life controversies in France have been framed by a division between ignorant citizens and experts. The emotional experience of the end of life has largely been rejected by the establishment as dangerous and irrational but has won media and public sympathy. Both sides of the debate relate their position to the values of freedom and the sacredness of life, but the establishment institutions emphasise a collective notion of death and responsibility, whereas the media and advocacy groups emphasise the particular emotional experience of an individual.

The Czech Republic, Durnová argues, has more easily accommodated intimacy within institutions, but has nevertheless been unsuccessful in resolving its end-of-life controversies through law. She demonstrates that in the recent debates there has been an openness to changing the status quo around end-of-life policies and care, but that a general anti-paternalistic attitude towards state institutions has made it challenging to plan for and implement such policies. In practice this has resulted in a lack of consensus among policymakers and professionals on what form of palliative care patients need, how it should be organised and who should provide it.

These case studies are meticulously traced in policy and public discourse and the book’s narrative is structured around institutions, laws and the exceptional cases that have shaped or instigated the debates. However, the testimonies and experiences of the mourners are only really brought out in Chapter Five on the Czech Republic. Despite the book arguing for a focus on the emotional and intimate experience in the negotiation of the boundary between individuals and institutions at the end of life, the human contours of these debates remain absent.

The Politics of Intimacy sits alongside studies that take a specific experience or encounter and draw from that to connect to much wider debates and fields that discuss liberal democracy and critical politics. At its core, it is a study of the relations between, and the governance of, individuals and institutions. For that reason, the book is of interest to a much broader range of disciplines and subjects than might first appear when thinking about end-of-life controversies. While sitting within critical politics, it places one foot firmly in public policy, contributes to the growing interdisciplinary body of work on necropolitics and is situated within the emotional turn in the social sciences. Its main contribution is in offering a theoretical apparatus of ‘intimacy’ when thinking about institutions, emotions, individuals and collectives. Durnová’s invitation to explore and to centre the concept of intimacy within our liberal institutions and policies – or to even acknowledge the role that emotional experience plays in these – is a necessary engagement during these times.

For information on end-of-life care in the UK, visit Hospice UK and Dying Matters.

Dr Danielle House is Postdoctoral Research Associate in the School of Archaeology, Geography, and Environmental Science at the University of Reading. She is working on a project exploring cemeteries and crematoria as public spaces of belonging in Northern Europe, focusing on the inclusionary and exclusionary experiences of migrant and minority communities through death and bereavement. Her PhD was completed at the Department of International Politics at Aberystwyth University, researching the memory and memorialisation of people disappearing in contemporary Mexico, and relative-led searches for them.