State Violence, Collusion and the Troubles reveals disturbing unanswered questions about the use of state violence during the conflict in Ireland. Maurice Punch documents how the British government turned to desperate, illegal measures in a time of crisis, disregarding domestic and international law. He also broadens out his analysis to consider other cases of state violence against ‘insurgent groups’ in Spain and South Africa. Christina Steenkamp thinks this book is a sobering and overdue caution to democratic states facing terrorist threats.

The Troubles might be over, but the post-mortem continues. This is not to suggest that this ongoing scrutiny of the conflict in Northern Ireland (1969 – 1998) is superfluous: it is one of the most widely studied conflicts in recent times, yet questions remain and there are still many lessons to be learnt. Maurice Punch has written extensively on unlawful behaviour in the corporate world and in policing. In this book, he turns his attention to state deviance in Northern Ireland during the Troubles. This analysis of a conflict which had killed 3,600 people, was written and published at a time of on-going debates about whether or not the British state should apologise for its actions in Northern Ireland and following a number of official inquiries into collusion between the British state and paramilitaries — the most recent being the call for an inquiry into the murder of Belfast solicitor, Pat Finucane (although the government has since reneged on this promise for an inquiry, calling instead for a review of evidence).

Punch seeks to explain and analyse how (democratic) states break the law in their responses to insurgency and terrorism. He focuses on the ways in which the British state’s security apparatus in Northern Ireland (the British Army, the Royal Ulster Constabulary and the intelligence community) have violated the basic values of democratic states in their counter-insurgency strategy against the Irish Republican Army. He concludes that such state deviance was indeed routine and systematic in Northern Ireland, and that the British state acted on all levels, but to varying degrees, illegally in their counterterrorism strategy.

Early on, the book recalls the events of Bloody Sunday (when British soldiers shot 26 unarmed civilians at a civil rights protest in Derry in 1972) and the spectacular cover-up that followed, to make a compelling rationale for choosing Northern Ireland as a case study of state deviance. It continues to discuss international examples of state deviance in counterterrorism and analyses types of insurgencies. It then moves into a detailed discussion of the Troubles, the state’s use of deadly force (‘shoot-to-kill’), collusion between the state security apparatus and paramilitaries, and an examination of the inquiries into state deviance in Northern Ireland. The argument concludes with a chapter on which lessons can be learnt about counterterrorism strategies in democratic states.

The second chapter outlines the central dilemma that this book grapples with: how democratic states often abandon their own democratic values (such as legality, legitimacy, and accountability) in their counterterrorism strategies in favour of illegal actions, such as unlawful killings, propaganda, and torture. Here the author invokes other examples of this state deviance by referring to the usual suspects including the South African state during Apartheid, but also to lesser known cases such as the Indian police’s actions during so-called ‘encounters’ with dangerous criminals. Punch distinguishes different types of insurgencies and concludes that the danger of breaking the rules in counterterrorism lies in that “if the state combats its adversary with illicit means it is abandoning the values, principles and practices of the democratic state, which is precisely what the insurgents want; it will play into their hands and prove counter-productive” (p.55). Rather, democratic states should recognise the limits of a military strategy, build political solutions, focus on sound intelligence and solid police work and – most importantly – abide by the law.

In the fourth and fifth chapters, two examples of state deviance (‘shoot to kill’ policies and collusion with paramilitaries) are examined, respectively. Chapter four has a slightly disjointed start with its quick succession of bullet-points, but its aim gradually crystallises as an inquiry into whether ‘shoot to kill’ was official policy by the security forces in Northern Ireland. It analyses several high profile incidents of shootings, and the differences in style and ethos between various branches of the security apparatus. The conclusion is that there is no explicit evidence of a deliberate, official policy to kill targets, even though Punch clearly suspects that this is just what ‘armies do’ anyway.

The next chapter on dirty tricks and collusion between the security forces and loyalist paramilitaries asks how far the British security community went in breaking or bending the rules in its counterterrorism campaign. Here the evidence is much more conclusive than in the previous chapter. Punch considers official inquiries into state collusion with loyalist paramilitaries to kill republicans (such as the Cory report of 2004), and takes illustration from cases such as ‘Stakeknife’ (a high level informant in the IRA) and Brian Nelson (a key informant in the loyalist UDA paramilitary). He concludes that state deviance in this regard was systematic, systemic, and routine, and that the security forces “had been complicit in murders and assassinations by proxy. Within the ranks of loyalist paramilitaries, it found people happy to serve the interests of the British state by becoming its willing executioners” (p.135).

Punch’s argument about the British state’s systematic illegal behaviour in Northern Ireland will not surprise those who have followed the various inquiries into state collusion during the Troubles. The evidence for this conclusion, as Punch clearly illustrates, is already out there. This book succeeds in pulling together that evidence about the extent and regularity of this law-breaking, places it in a historical context and makes recommendations for counterterrorism strategists. In this last aspect, though, more analysis and discussion of how state deviance can be avoided in counterterrorism strategies would have been useful. One is left wondering whether any examples exist where the democratic state has triumphed over a terrorist adversary by playing completely by the rules. By elaborating on examples of ‘good practice’, Punch could also have increased the international comparative dimension of the book.

State Violence, Collusion and the Troubles will be of value to anyone interested in the Northern Ireland conflict, and for those studying counterterrorism. It contains rich detail and illustration and is accessible to a wide audience. This book is particularly relevant to the post 9/11 and ‘War on Terror’ world. Punch has produced a sobering caution to democratic states facing a terrorist threat at a time when such a warning is long overdue.

Christina Steenkamp is a lecturer in Social and Political Change at Oxford Brookes University where she teaches on conflict and post-war reconstruction. She conducts research on violence and peacebuilding  and has done extensive fieldwork in Northern Ireland and South Africa. She holds a PhD (Politics) from the University of York (UK), an MA in Comparative Ethnic Conflict (Queen’s University, Belfast) and other degrees from the University of Stellenbosch, South Africa. Read more reviews by Christina. 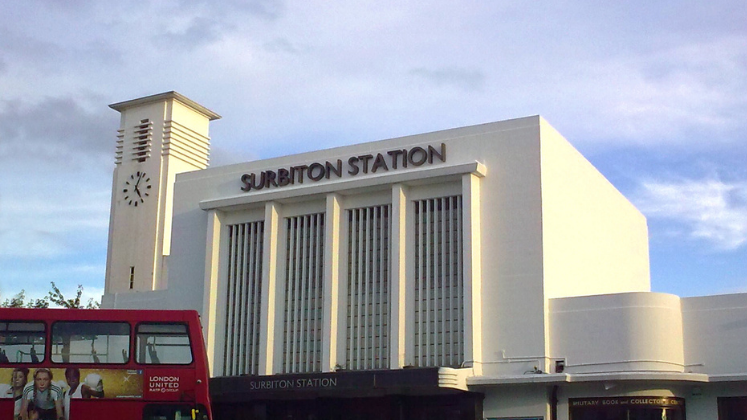