What is it like to be a young Muslim in America? Since 9/11 Muslim Americans have faced renewed challenges, with their loyalty and sense of belonging being questioned. Based on around 400 in-depth interviews with young Muslims, this book aims to discuss the similarities and differences between ethnic and racial groups such as Iranians, Arab Americans and African Americans. Maja Milatovic finds Kabir’s study is ultimately optimistic in its appreciation of the maturity and fair-mindedness of the participants which are crucial for establishing constructive dialogues in American society. 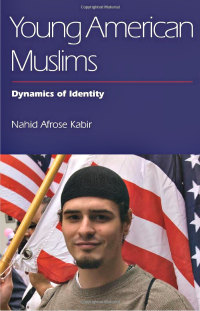 Nahid Afrose Kabir’s Young American Muslims: Dynamics of Identity explores the ways in which young people negotiate their multiple and diverse identities in contemporary American society. Contextualised with turbulent and controversial discussions on Islamophobia, multiculturalism, identity, and the increase in hate crimes and media sensationalism around Islam, this book aims to give a voice to the new generation.

Young American Muslims represents a continuation of Kabir’s important and incisive work on Muslim identities. Her first book, based on her doctoral research, focussed on Muslims in Australia (Muslims in Australia: Immigration, Race Relations and Cultural History), and her second study on Britain (Young British Muslims: Identity, Culture, Politics and the Media). Reflecting on literature already written on Muslims in America in her introductory passages, Kabir identifies a critical gap within literature on young American Muslim identity, finding it relatively limited. Her work succeeds in taking that research further,  and situating her crucial study within contemporary anxieties, concerns and issues.

One of the main strengths of Kabir’s study is its organisation. She structures and presents her complex research with clarity, with topical chapters divided into smaller sections and passages, including tables and extensive commentary on key points and conclusions. This makes a great deal of varied data extremely readable and accessible. She follows each thematic section with her own arguments and conclusions, which are clearly highlighted. This way, readers are able to construct their own positions from the data presented and identify Kabir’s own voice as a researcher in the process.

Chapter One entitled “Identity Matters” introduces the complexity of the topic and provides detailed information on the ethnic and religious diversity of Muslims in the States. The importance of this chapter and its emphasis on Muslims’ linguistic and ethnic diversity counters sensationalist media coverage that homogenises and essentialises Muslim identity, often presenting it as a single, monolithic unit. Within this context, Kabir analyses international events impacting Muslim Americans, reflecting on wider society’s increased consciousness of the Muslim population over the past few decades, brought upon by sensationalist media and various instances of public backlash. She also provides an analysis of shifting attitudes and a growth in anti-Islam sentiment after 9/11 as well as various extremist acts and their impact on Muslims and non-Muslims. The chapter also includes a relevant discussion on the concept of identity, where Kabir draws from Paul Gilroy’s scepticism about identity as divisive, and uses examples from her interviewees to see how adopting a Muslim identity (for example wearing the hijab in the workplace) can create a sense of isolation and distancing. Using the sociologist Avtar Brah’s thoughts on the flexibility of identity figured as a process, Kabir points to the changing sense of self depending on whether the non-Muslims are friendly or hostile.

Chapter Two entitled “The Culture Debate” is particularly incisive in its discussion on identity and the complex processes of enculturation (process by which individuals learn ways of their respective cultures) and acculturation (involvement in external environment). Kabir’s discussion also covers the dichotomy between the western “individualistic” self and the non-western “collectivistic” self which many of her interviewees have to negotiate. For example, some respondents felt they needed to respect their family’s decisions above their own as a result of the “collectivistic” sense of self. However, Kabir concludes that it is entirely possible to negotiate both of these senses of self, arriving at a compromise. This successful negotiation is evidenced by Kabir’s insistence on biculturalism as a constructive way of negotiating the complexities of identity.  This chapter also provides an important discussion on Muslim women and their particular positions in the Muslim community and wider American society.  Kabir’s data suggests that Muslim women can face discrimination for wearing the hijab which marks them as the other. Analysing the responses from her interviewees, Kabir also makes a suggestion that people’s reactions to women wearing the hijab may be a result of “social awkwardness” in some cases, rather than discrimination. This seems like a relevant point which could have been explored further, such as what constitutes social awkwardness and its link to discrimination.

Chapter Four, “Reflections on the American Media” is, according to Kabir, the most talked-about subject in her study, evoking intense discussion and emotion. Fifty-two participants in the study observed that the American media has often portrayed Muslims solely through the prism of extremism and terrorism. More specifically, the respondents argued that the media in general portrayed Muslims negatively, and found it biased, controversial and distortive. The media’s sensationalism as well as homogenising and essentialist reporting or applying blanket term “Islam” to an event was deemed problematic, perpetuating negative attitudes about Muslims. Another interesting observation was the conflation of Muslims and Sikhs into one collective, essentialised identity occurring before as well as after the 9/11 attacks. Kabir concludes that the reasons for this conflation remain unclear – whether it is ignorance or institutional bias implying that all Arabs are “the other”. However, some interviewees also had positive comments, suggesting that the cultural education of reporters is getting better.

The next two chapters of the book discuss President Obama and Palestine, ending with a final chapter constructively offering a brief summary of the chapters and areas that need more attention such as Muslim women, constructed as the other, often due to their increased visibility (e.g. wearing the hijab). Other areas which Kabir highlights include the economy, Muslim youth, biculturalism, media, harmony and – most interestingly – music, which the author defines as an important medium to the spiritual and political concerns of global Muslim youth.

To sum up, Young American Muslims: Dynamics of Identity is an incisive, informative and accessible study, written in well-organised and succinct chapters promoting dialogue and critical engagement. It reveals the author’s connection and empathy towards issues affecting her interviewees while at the same time offering an astute critical analysis of a diversity of issues and attitudes. Giving voice to young Muslims living in America and a space to tell their stories, Kabir’s study is ultimately optimistic in its appreciation of the maturity and fair-mindedness of the participants which are crucial for establishing as well as continuing constructive dialogues in American society.

Posted In: Philosophy and Religion | Sociology/Anthropology | USA and Canada